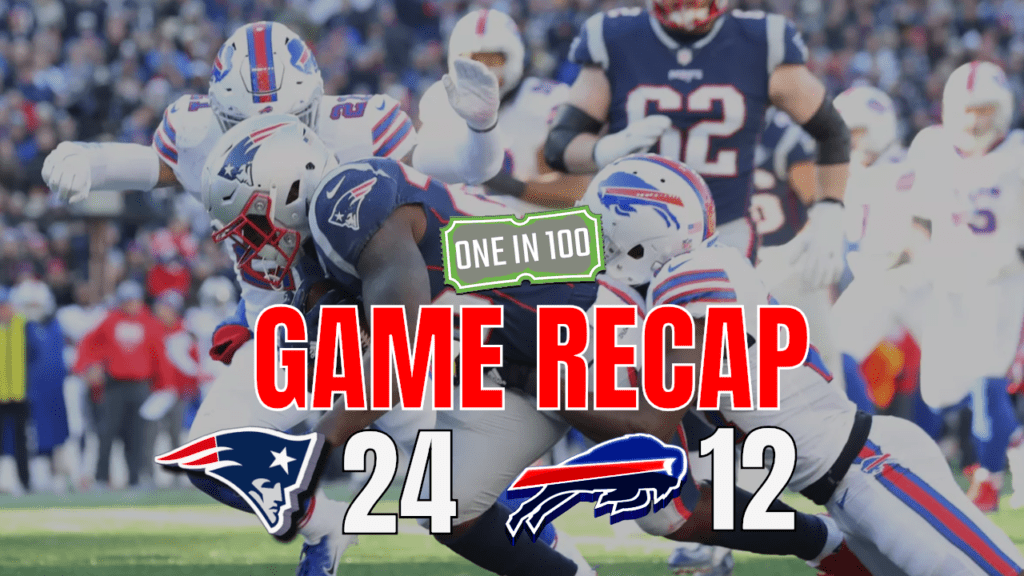 FOXBORO — It wasn’t a masterpiece but the Patriots completed NFL history Sunday and kept their hopes for a playoff bye in play.

A 10-play, 88-yard drive capped off by a Tom Brady to Julian Edelman fourth-down touchdown connection broke open a sluggish game and led the Patriots to a 24-12 win over the Bills Sunday at Gillette Stadium. As a result, the Patriots became the first team in league history to reach the playoffs 10 straight seasons by clinching their 10th consecutive AFC East division title. The Patriots actually clinched the division title at the two-minute warning as the Dolphins lost at home to the Jaguars.

The Patriots finished with 273 yards on the ground on 47 carries for 6.0 yards per carry against the seventh-ranked run defense in the NFL. It was the most prolific ground attack for the Patriots since 2008.

The Patriots (10-5) moved into the No. 2 seed in the AFC thanks to a last-second field goal that lifted the Eagles over the Texans, 32-30, in Philadelphia. The Patriots can now clinch a first-round bye with a win over the Jets next Sunday at Gillette Stadium in the regular season finale.

Click here for a full box score of Sunday’s game.

Brady, who finished 13-of-24 for 126 yards, with one touchdown, two interceptions and a 48.3 rating, struggled for most of the game. He appeared out of rhythm in the first half while his running game and a stout defense carried the load. Brian Hoyer took over for Brady with 6:39 left in the fourth quarter and the Patriots up, 24-6.

The game opened with a pair of 3-and-outs at the start, one by each team. Julian Edelman had a drop on New England’s first snap of the game and Tom Brady was nearly intercepted at the line of scrimmage by Tremaine Edmunds on a third-down misdirection pass intended for Edelman.

It was a rough start for Brady in the first half, as the Patriots appeared to struggle to find their rhythm without the suspended Josh Gordon. The Patriots turned to their running attack against the seventh-ranked run defense in the NFL.

On the second drive, the Patriots finally got their offense in gear, putting Cordarrelle Patterson in motion. Patterson ripped off a 12-yard run on an end around the second play of the drive. The other five plays were Sony Michel runs, capped off by a four-yard run up the middle. All five runs were either up the middle or off guard.

The Bills and Josh Allen were unable to get on track as Isaiah McKenzie dropped a pass over the middle that would’ve gone for 20 yards and a first down. On the next drive, Robert Foster was open deep down the right sideline but lost the ball in the glare of the sun. The other Bills third big miscue came on their fourth drive of the first quarter when Stephen Hauschka’s 43-yard field goal into the breeze died in the air and hit the crossbar.

The Patriots had their fair share of miscues that prevented them from blowing the game wide open. Rex Burkhead fumbled the ball at midfield and the Bills recovered but that drive ended in Hauschka’s missed field goal. Midway through the second quarter and the Patriots driving deep in Bills territory, Brady threw an interception to linebacker Lorenzo Alexander, when Brady expected Rex Burkhead to turn inside and he turned outside instead.

The Patriots made it 14-0 when James White went off left guard and raced 27 yards for the left pylon.

The Patriots finished the first half with 210 yards of offense, 179 coming on the ground on 20 carries for a 9.0 yards per carry. The Patriots defense held the Bills to just 85 yards.

The second half didn’t begin much better for the Patriots.

Cordarrelle decided to bring the opening kickoff out of the end zone and returned it to just the Patriots 16, costing the Patriots nine yards. On the first play, Brady threw to Rob Gronkowski on a stick in-curl route. The ball went through his hands into the hands of Bills safety Micah Hyde. The Bills, as was the case in the first half, could not capitalize fully.

Buffalo had to settle for a 35-yard Hauschka field goal.

The Bills were able to drive the ball down to the Patriots 23 but the drive stalled. The Bills managed a 41-yard Hauschka field goal and it was 14-6 five minutes into the third quarter.

With the fans inside Gillette getting restless and a bit nervous, Brady stepped to the line and faced a 4th-and-4 from the Bills 32. Brady dropped back and hit Julian Edelman over the middle. Two Bills tacklers brought Edelman down but Edelman never hit the turf, instead landing on the two players. Edelman got up and raced to the end zone for the put-away TD and a 21-6 lead with just over five minutes left in the third quarter.

It was Brady’s 25th touchdown pass of the season, tying Brett Favre and Warren Moon for second-most all-time for a quarterback over the age of 40.

Stephen Gostkowski added his first field goal of the day, from 24 yards, made it 24-6 with 7:44 left in the fourth.

The Bills recorded a garbage-time touchdown when Allen hit a wide-open Zay Jones with just over a minute remaining.