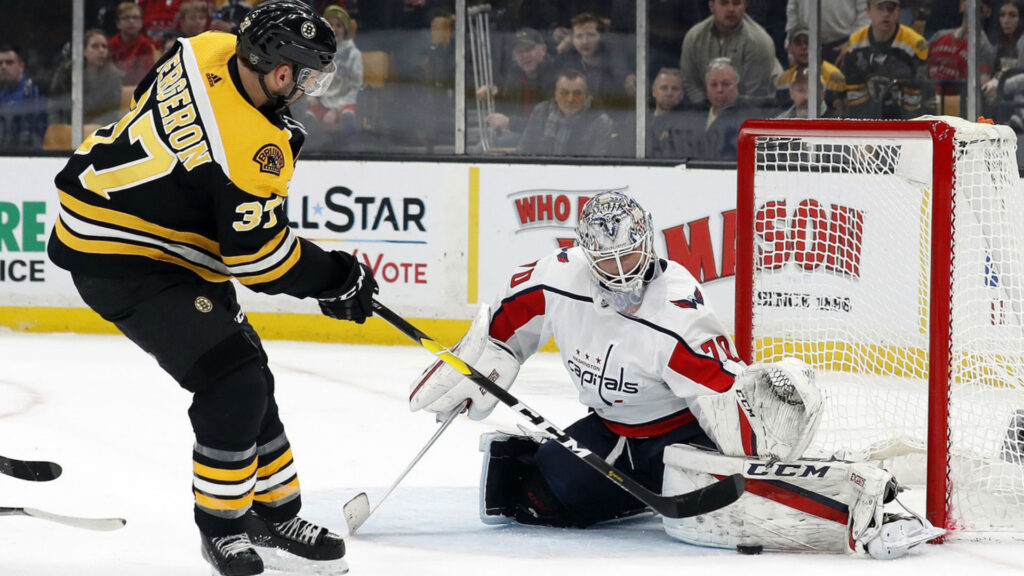 BOSTON – It’s official: the Boston Bruins are cursed when they play the Washington Capitals. It’s fate. The Bruins might as well have sent a press release after the game stating it.

The Bruins have now lost to the Capitals 14 straight times.

Nonetheless, there was still a ton to take away from Thursday night’s tilt.

If someone awoke from a coma and walked into TD Garden Thursday night, they would’ve thought it was the playoffs.

The crowd was into it. The teams were into it. The physicality was that of a game in the second round rather than a regular season game in January.

Tying the game wasn’t the only thing both Bruin goals had in common. They also led the Garden roof to blow off. The place went bananas on both goals.

Even though they lost, the Bruins are finding their footing as a team and the vibe around the club is upbeat. There’s a lot of potential.

And I mean a LOT.

Don’t get me wrong: Jaroslav Halak made some huge saves Thursday night. There were some saves he made that some of the league’s best wouldn’t have made.

But there’s a bigger problem.

The Capitals respond to take the lead

He’s letting in the easy goals. Nicklas Backstrom’s goal, the eventual game-winner, was a wrister from the top of the circle that can absolutely not go in the net. And that was right after David Krejci scored to make it 2-2. The Garden was jumping.

So to it was the story in his last start against the Calgary Flames: he made the hard saves while letting in the easy ones.

After the 4-2 loss to the Caps, Halak wanted to have the Backstrom goal back.

“It went in,” said Halak. “You know, it was just one of the shots, top of the circle kind of low glove, so like I said, I just need to make a save on that one and it could have been still 2-2, and we would still be in the game, and from that point on, they just had it and they got another one.”

As the year progresses, it’s becoming more and more obvious that the power is beginning to shift in net.

Marchand emerging as a leader

It came as a surprise to everyone that when Lars Eller skated over to Brad Marchand and dropped his gloves, Marchand’s stayed on. There would be no second round.

Instead, Eller went to the box for two minutes and one of the league’s most notorious instigators gave his team, who was down a goal, a power play.

If that had happened four years ago, I’d bet my life savings that Marchand drops his gloves too.

A bigger story to come on this.