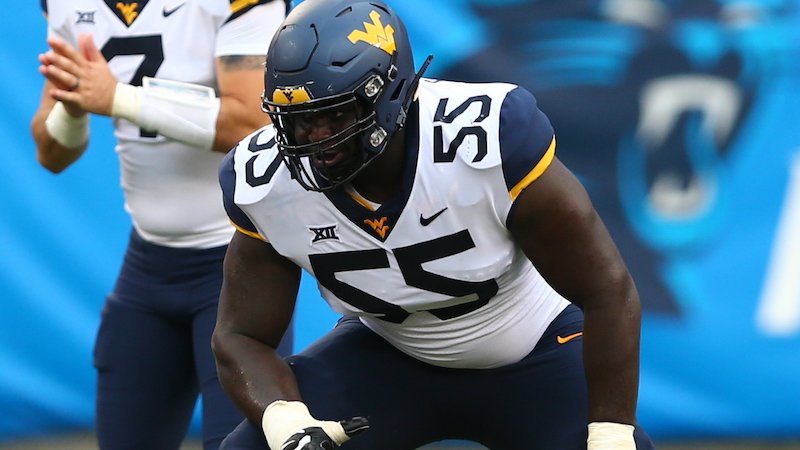 Patriots 2019 third-round pick Yodny Cajuste is healthy and will be ready for training camp this summer after missing his first two seasons due to injury, a source tells CLNS Media.

The former West Virginia offensive tackle has yet to be active for an NFL game due to various injuries. Cajuste spent his entire rookie season on the non-football injury list when a lingering calf ailment from his final season with the Mountaineers required surgery.

Then, Cajuste made the 53-man roster out of camp in his second season but quickly landed on injured reserve with a knee injury.

First thing that stands out with West Virginia OT Yodny Cajuste is his explosiveness off the ball and depth in his pass set. Look at how much further back he is than the rest of the OL. Allows him to easily cut off angles and remain patient to react. #NFLDraft pic.twitter.com/pm5d30I3Pa

Although Cajuste is struggling to stay healthy, there’s no denying that he has talent. Cajuste started games at both tackle spots in college before settling in at left tackle. Along with heavy hands and a strong upper-body, Cajuste has the foot speed to slide laterally to mirror pass rushers with clean pass sets and the power in his hands to create movement as a run blocker.

Cajuste was considered a second-round talent that fell down the board due to an extensive injury history that has unfortunately followed him to the pros.

The 25-year-old is healthy once again and will have another attempt at making the Patriots’ active roster this summer but will have plenty of competition at offensive tackle.

Cajuste will have an uphill battle to make the Patriots’ roster but is fully healthy to compete.