New England's rookie wide receiver can hopefully add a vertical to threat to what has been a brutal offense so far during camp. 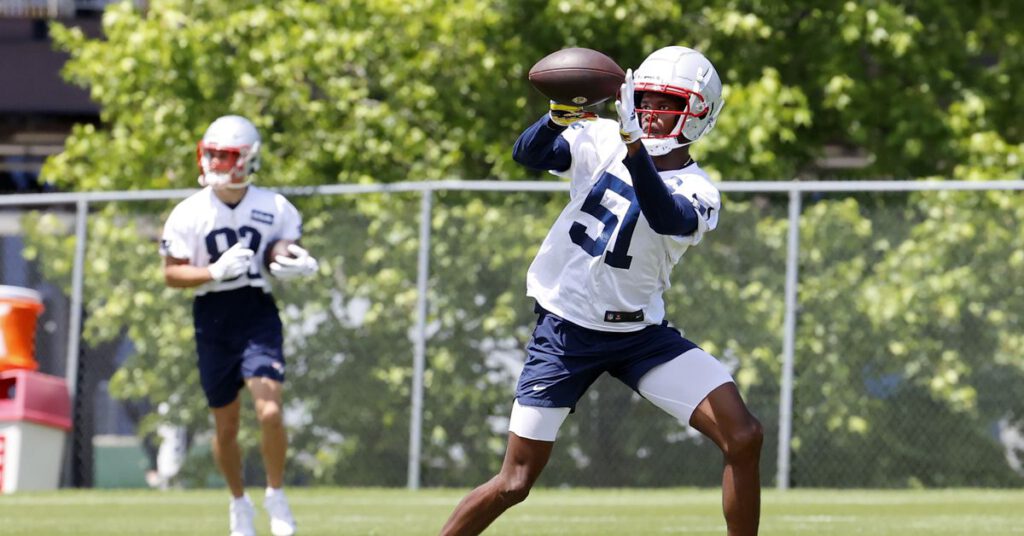 After being selected with the sixth overall pick in the 2001 NFL Draft, Seymour helped anchor the Patriots during three Super Bowl winning runs, was a first-team All-Pro three times, was was as seven-time Pro Bowler.

Despite having three extravagant Super Bowl rings, Seymour’s career moment may have been in 2004, when he recovered a fumble against the Bills and returned it 68 yards for his lone career touchdown.

Congrats to Richard, he certainly deserves the recognition.

After using Saturday to celebrate #93 – the Patriots returned to the practice field on Monday and it was … bad, to say the least. Here’s a look at what happened at today’s day ten of training camp:

Terrance Mitchell was the first on the field, continuing his streak. Although I’m back for the first time since day four, I kept up with the beat and Mitchell continued to be the first guy out. The only exception being Friday’s in-stadium practice – which is an entirely different set-up anyway.

It was a rather modest reaction to quarterback Mac Jones’ entrance today at practice. The stands weren’t nearly as packed as they were a week ago. I’m not sure whether that was due to the hot weather or the lack of product the Patriots have brought to the field over the last week-plus.

Second-round pick Tyquan Thornton was just about the only positive from the offense during today’s practice. The speedster showed off his wheels in 1-on-1 drills, toasting both Malcolm Butler and Terrance Mitchell on consecutive reps.

The offense was incredibly stagnant during run-fits. They false started, were stuffed several times, and the defense had a multitude of PBU’s. During 11-on-11’s, the offensive line was absolutely brutal as well. Mac Jones had no time to do anything. They had zero vertical passing game – with Jones being sacked, dumping the ball off, or throwing incomplete passes several times.

Joejuan Williams and Malcolm Butler each made solid plays today – although they honestly weren’t that difficult to make. It’s easy to defend off-target or under-thrown balls.

Rookie cornerbacks Marcus and Jack Jones also stood out. I laid into the defensive backfield a few weeks ago, so it’s good to see some youngsters showing their worth.

I’m not sure how I can call an offense player the player of the day after the practice we watched today, but Tyquan Thornton was exceptional today. He showed why the Pats drafted him in the second round of April’s draft.

The kid has game-changing speed – and although I’m throwing up in my mouth at the thought of watching this Patriots offense on Thursday night, I’m excited to see what they do with Thornton.

Andrews was asked about the changes and struggles that we’ve seen in this “new” offense over the first several weeks. “We’ll see. We’ll put it all together.” He said. “Nothing looks as good [in] the first couple weeks.”

Rookie running back Pierre Strong has missed parts of camp so far with an injury, but played in Friday’s in-stadium scrimmage and suited up again today. With the absence of James White, Strong was someone who was speculated to fill their pass-catching back role. Strong said that he “very seldom” played this posotion at South Dakota State. We’ll see if he can make the transition.

After taking the weekend off, you would think the Patriots would be able to regroup and put a decent showing on the field. Well you would be wrong. Today was as ugly a practice as I’ve seen since I started covering the team two years ago. Some takeaways:

The Patriots will practice again on Tuesday and Wednesday before welcoming the New York Giants to Gillette Stadium for their first preseason game of 2022. I’ll be here for tomorrow’s practice and on Thursday to cover the game, so be sure to stay tuned on Twitter and on CLNSMedia.com for updates before, during, and after Thursday’s matchup vs. the Giants.