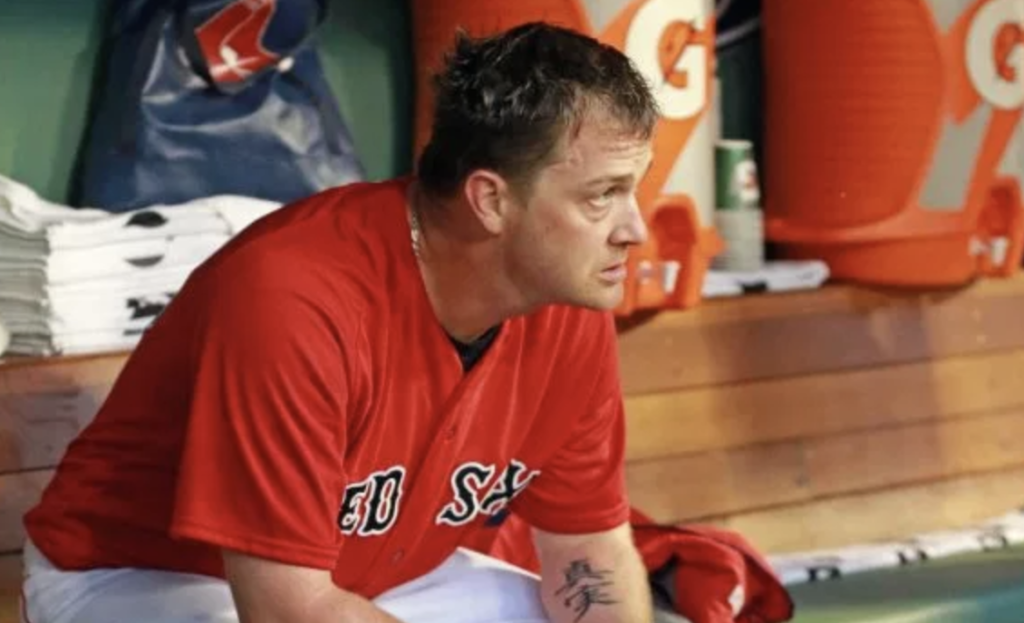 BOSTON – Steven Wright returned to the Red Sox clubhouse Tuesday before the game with the White Sox at Fenway Park. The mass media swarm around him in the clubhouse symbolized the mass hysteria around hopes that he might add a shot in the arm to the beleaguered Red Sox bullpen.

Maybe shot in the arm is a poor choice of words considering the reason for his absence for the first two and a half months.

He was returning from an 80-game MLB imposed ban for a positive PED test while in recovery and rehab following surgery on his left knee last November after the playoffs. It was the second straight year he had his left knee scoped.

“It feels good,” Wright said. “I had a good training staff down in Fort Myers. We got a lot of work (done), we used the time wisely as far as my knee and getting my body back to where I needed to be.”

One can certainly understand why Wright was doing everything in his power – and more – to get back healthy. He left the Red Sox in tough spot last year in the divisional series against the Yankees. His injury forced Alex Cora to get creative in Game 1, using Rick Porcello to bridge the gap between his struggling relievers and Craig Kimbrel.

How disappointing was it for the Red Sox to lose a versatile pitcher like Wright on the eve of the playoffs last year?

“Very,” Cora said after the Game 1 escape against the Yankees and just hours before Game 2. “He was throwing the ball well. You prepare for this. You have your plans, the way you’re going to use him and all of sudden, Game 1, he wasn’t available. You have to improvise there. I know he’s very disappointed. It sucks for him.”

Hearing those words must have made an impression. He’ll never admit it but knowing he missed his chance at postseason competition with the most successful Red Sox team of all time must have left its mark.

Any athlete with a competitive bone in his or her body will do whatever it takes to try and get back on the field. In this day and age, they know full well that there’ll be plenty of scrutiny in the form of drug tests but that doesn’t keep them from pushing the envelope. We’ve seen it with Julian Edelman in 2017 (who missed the first four games of 2018) and we’ve seen it now with Wright, who was banned on March 6 for 80 games.

And the irony of this ban is that it prevents him from participating in the 2019 postseason, should the Red Sox advance there. That means he will have missed the last two playoff seasons with a World Series contender.

Talk about sucking for him.

“It was such a small amount that it was one of those like I didn’t want to dig into it too much because at the same time, I wasn’t going to find out so there’s no reason for me to kind of keep my concentration on that,” Wright said Tuesday. “I just wanted to move on as best I could and do whatever I can to get healthy. Right now, I feel like I’m in a good spot mentally and physically. I’m just trying to keep my concentration on doing everything I can to help the team win.

“With it being such a low amount, it could have come from a lot of different things. But it falls on me. I wasn’t as careful as I should be, and now I don’t take anything now. It’s one of those things that (I take) only what the team gives you because it’s certified for sports. I haven’t really thought about it since then because I really wanted to put it behind and just do everything I can to move forward.”

The 2019 Red Sox are certainly different from their 2018 brethren, starting with the bullpen. There has been no Craig Kimbrel this year and so far, no Wright. The knuckleballer has had terrible luck since his left knee started acting up in 2017. In addition to two surgeries, he missed two months last year when his knee swelled up on him.

The Red Sox want to rely on him because this year they NEED him. They need him to be the guy they plugged in for 16 relief appearances last year. But they absolutely need more out of him than that. The struggles of the Red Sox pen this year are well documented. Fifteen blown saves. Seven games lost when entering the seventh inning with a lead. Only the Mets (51.41 percent) have a worse save percentage than Boston’s 51.61 percent.

Wright has the chance to bolster the relief corps – a lot – but there is a sense of desperation around Tuesday’s activation. It’s as if the Red Sox are praying he is the glue that will keep things from completely falling apart. All Wright wants to do now is prove he can help.

“You don’t ever want to be a distraction,” Wright said. “When we have something like that that’s a huge distraction, it takes away from the concept of what the team is supposed to be about. I needed to talk to them and it was probably one of the hardest things I’ve ever had to do, but guys understood why I had to do it. I just apologized for the distraction.”

Cora said in spring training that the plan is to use Wright exclusively as a reliever. Who can blame the manager? The back-and-forth from pen to rotation and back is what Wright believes led to the problems in the first place.

“We went through that last year, and I think that’s where the concern comes in,” Wright admitted. “Because we did that last year where I came in out of the bullpen and then I tried starting and then I had a pretty big setback and then ultimately it led to another surgery.

“It’s one of those things that’s unknown. I’d love to sit here and say ‘Yeah, for sure,’ but I said that last year and it didn’t work out. So, for me, I just want to go out there and just pitch as much and do as best I can. I know the role. If I do get an opportunity and feel like I can do that, great. To me, I’d rather just do whatever the team needs. Right now, they want me in the bullpen and that’s where I’m happy to be.”

The great unknown. That best describes exactly what Steven Wright can offer the Red Sox pitching staff right now. One thing’s for sure, it’s as good a place as any to start.