Film Review: How Will the Patriots Defend Rams Bunch Formations? 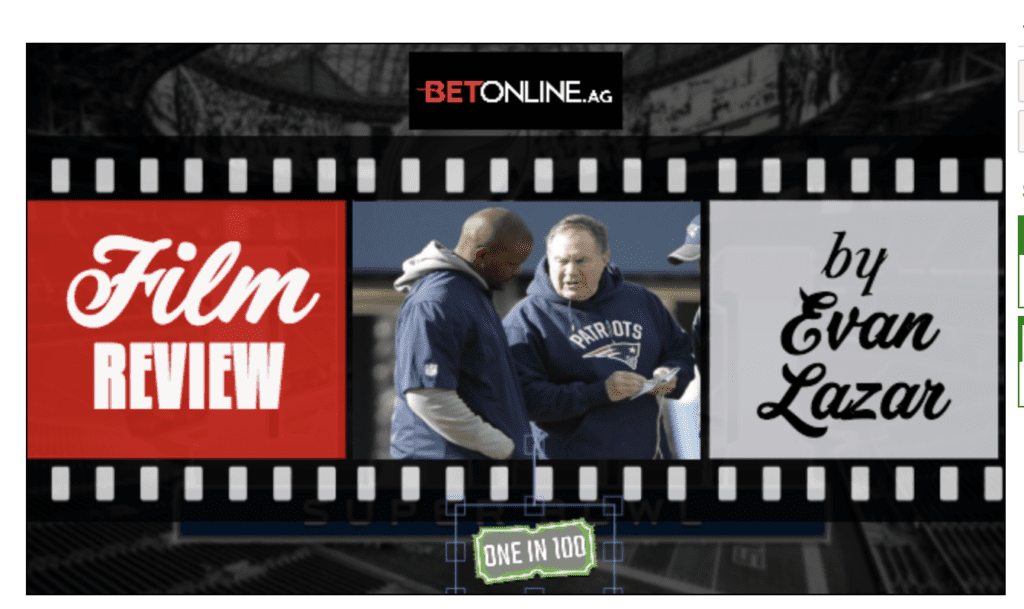 The Los Angeles offense operates out of 11-personnel (3 WR, 1 TE, 1 RB) on 96 percent of its snaps, but McVay is extremely creative with how he uses that grouping.

From a schematic standpoint, the biggest question McVay will ask of the Patriots defense and Bill Belichick is how New England will defend LA’s infamous bunch formations?

McVay loves to align his skill players in tight formations that allow route patterns to intertwine over the middle, use the entire width of the field and stress coverage rules.

“That’s a key component to the offense,” Belichick said. “Yeah, the spacing is – absolutely. That’s, I’d say, one of the trademarks of what they do and the misdirection, so they’re in there close and there’s a lot of misdirection that comes with it.”

One of McVay’s favorite ways to deploy his skill players is out of a reduced bunch.

With the reduced split, the defense has to cover more ground. When you move the bunch formation out wide, then the defensive backs can use the sideline as another defender.

And the reduced split also makes it easier for the Rams to run the football out of this look with the receivers close to the formation like tight ends with the ability to block.

Here’s an example from last season of one of McVay’s favorite route designs: the smash-return concept. When the defense sticks to man coverage, this route design attacks the leverages of all three defensive backs involved in the bunch, but the primary goal is to hit either the “corner” route from the inside receiver or the “return” route from the outside receiver. On this play, Goff hits injured wideout Cooper Kupp for a touchdown on the flag route when Kupp beats the corner for the score.

Fast-forward to this season, and the Rams continued to torture teams with bunch formations, and as Belichick mentioned, misdirection and pre-snap motion.

This time, to combat the Lions’ EX front, the Rams motion into a reduced split bunch before the snap. The motion brings one defender in tight to the formation, and then the Rams displace another defender with orbit motion by wide receiver Josh Reynolds after the snap. McVay has now removed two defenders from the equation for the Rams to run their wide zone scheme for an easy touchdown.

For the Patriots, they defend bunch formations in one of two ways: “lock and level” or “box” calls.

Following in his proteges’ footsteps, Matt Patricia had the Lions in “lock and level” on the Gurley touchdown above; hopefully, the Patriots have better luck with it on Sunday.

Here’s a diagram of the “lock and level” rules. The idea here is to avoid the potential traffic that comes with pick plays or crossing designs out of bunch formations by staggering the alignment of the defensive backs. If the offense motions out of the bunch, you’re locked onto or traveling with your man for the entire down.

Against the Chiefs in the AFC Championship Game, the Patriots used “lock and level” to maintain their matchups in the secondary. The Pats doubled Tyreek Hill as they did for most of the game and left Stephon Gilmore and JC Jackson singled on Sammy Watkins and Travis Kelce. Mahomes has nowhere to go with the ball and ends up running into a sack.

The Patriots will also go to their “box” call to give the offense another look.

On this play, the Patriots are in a single-high box call at the top of the screen. They have a corner jam the point man at the line of scrimmage to avoid any pick combinations downfield, and then to maintain leverage, the outside corner takes the outside breaking route and inside corner takes the in-breaking route. The Texans try to play with these coverage rules by having the outside receiver stem inside before breaking out on the corner route, but Jon Jones gets underneath it to force Watson away from the bunch read. Watson has a receiver open over the middle but misses the tight window throw.

Among the many chess matches on Super Bowl Sunday, how Belichick and defensive play-caller Brian Flores defend bunch formations will be worth monitoring closely.

McVay will have a counter to both calls, and we saw one of his “lock and level” counters against the Lions, but New England can keep the Rams off-balance by cycling through both of their answers to bunch sets.

By doing so, they’ll prevent McVay from exploiting the weaknesses in one particular coverage.