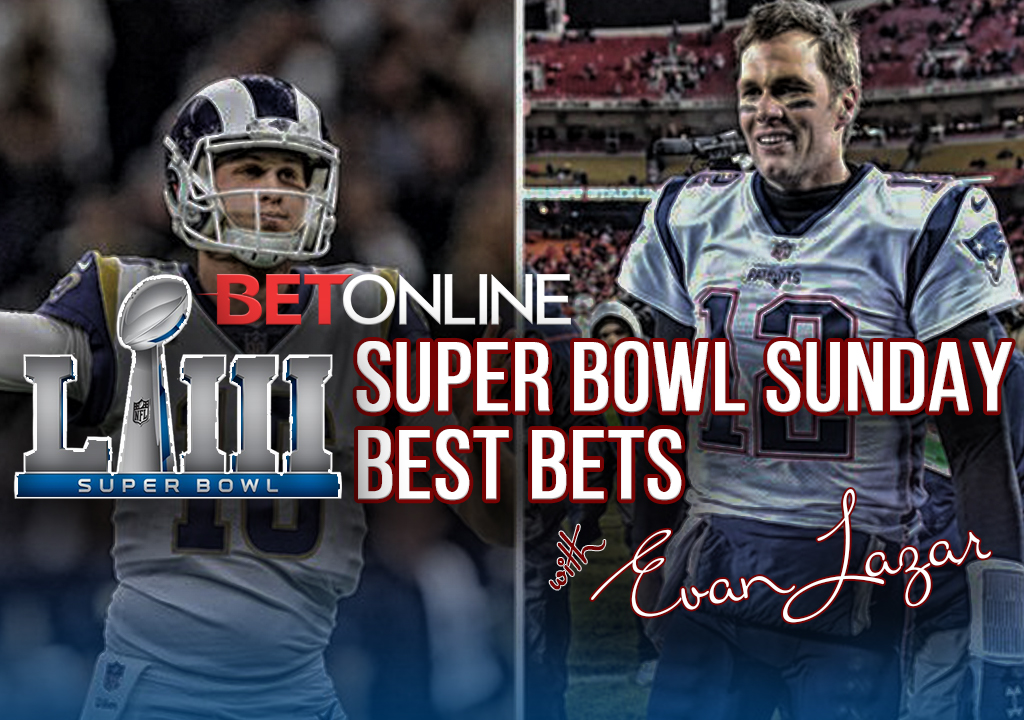 For those of you that are looking for some added incentive next Sunday, Super Bowl prop bets are often a source of levity and monetary gain on Super Bowl Sunday.

1. Will CBS Show the Blown Pass Interference Call From the NFC Championship Game?

They’re giving you this one; many would argue that the Rams are in this game because of a blown call, and there’s no way we go the entire broadcast without seeing the play. Like Cris Collinsworth with deflate-gate, you can’t go the whole broadcast without mentioning the no-call that the league office admitted they missed in the NFC Championship Game. Actually, Collinsworth, we didn’t need to hear about you looking into Tom Brady’s eyes in the middle of an epic Super Bowl comeback even though those eyes are dreamy. Saints fans won’t want to hear it, but that call didn’t decide that game. Nonetheless, we’ll see the play at least once, especially if there’s a controversial call or no-call in the game.

2. Will Gladys Knight’s National Anthem Last More Than One Minute and 50 Seconds?

My favorite Gladys Knight song isn’t an original choice but an easy one: Midnight Train to Georgia. Gladys serenaded us for four minutes and 42 seconds about her man leaving her in the middle of the night. Combine her soul-style with the fact that the previous ten performances of the Star Spangled Banner lasted over two minutes on average, and you have yourself a bet. Life is too short to bet the under anyway.

3. Will the Broadcast Call Bill Belichick a Genius?

Tony Romo is a terrific color analyst, maybe the best we’ve ever seen, but he’s no wordsmith and labeling the hoodie a “genius” is an easy one for the former Cowboys quarterback. Plus, Belichick is wicked smart.

4. How Many Players Will Attempt a Pass?

Patriots fans will have flashbacks to last year’s Super Bowl when the ball bounced off of Tom Brady’s hands on a pass attempt from Danny Amendola, but trickery is both of these teams middle names. For the Rams, punter Johnny Hekker can sling it, and did so four times in the regular season and once in the postseason just last week against the Saints. Belichick didn’t call him a weapon for no reason. And on the Patriots’ side of the ball, they have former college quarterback Julian Edelman who attempted two passes during the regular season and is a much better thrower of the football than Danny Amendola if we’re being honest. Let’s hope that if someone other than Tom Brady does throw a pass, Brady isn’t the intended target.

5. What Color Liquid Will They Pour on the Winning Coach?

I’m going with blue colored Gatorade for two reasons: one, blue Gatorade is the best Gatorade, and two, the plus-700 odds make this one a nice cash grab if the bet does hit. Last season, Eagles head coach Doug Pederson was drenched in yellow, and Belichick avoided the Gatorade bath in the win over the Falcons in Super Bowl LI because of the hectic nature of the ending in overtime. However, the last time Belichick was showered in the sports drink after a Patriots Super Bowl win it was blue when New England defeated the Seattle Seahawks in Super Bowl XLIX; a Patriots win in regulation means Belichick doused in blue Gatorade.