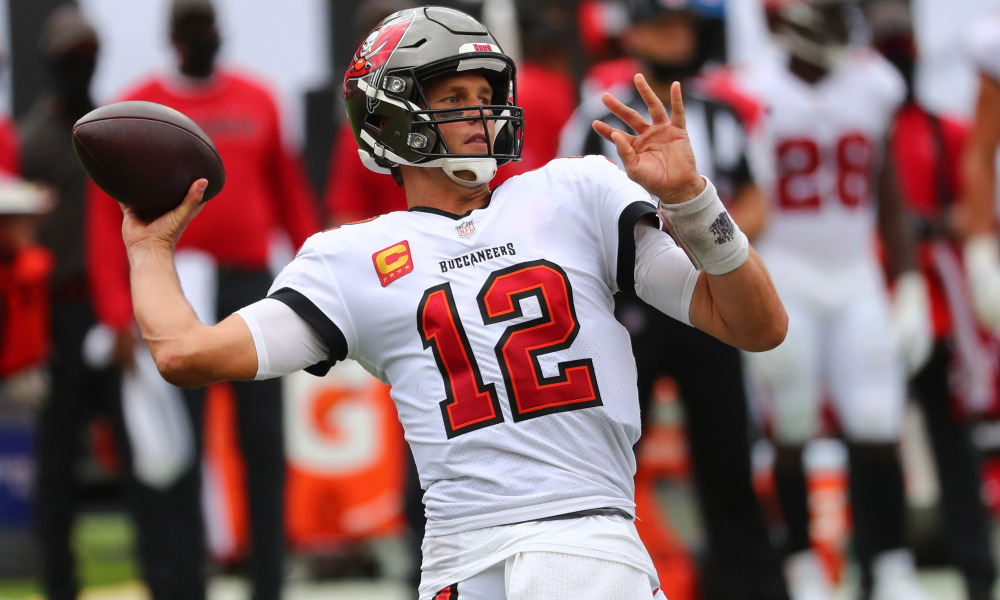 Going head-to-head with Mahomes is the central storyline, but it’s Kansas City defensive coordinator Steve Spagnuolo who is Brady’s foil this week.

To keep up with Mahomes, Brady will need to solve Spagnuolo’s defense, which gave him some trouble in the past.

In his second season with the Chiefs, Spagnuolo has already beaten Brady twice with Kansas City, but their history goes back to the Patriots’ near-perfect season in 2007.

Although Brady and former teammate Randy Moss hung 38 points on Spags’s defense in Week 17 of that season, Spagnuolo got the last laugh when he held the Pats’ offense to 14 points in an upset for the ages.

At the time, Spagnuolo was in charge of the Giants’ defense and was the architect of a game plan that saw Brady get sacked five times and knocked down on another five occasions.

By coming after and refusing to let him “read our mail” before the snap, Spags’s formula against Brady has led to a 3-2 record and pedestrian numbers for the GOAT in five matchups.

In Super Bowl 42, Brady was under pressure on over 43 percent of his drop-backs, with pressure being a theme throughout the Bucs’ quarterback’s showdowns with Spagnuolo.

Following the Giants’ win over the then-undefeated Patriots, the conventional wisdom was that New York’s stout defensive line led by Michael Strahan, Justin Tuck, and Osi Umenyiora deserved most of the credit.

The Giants defense could play seven in coverage by getting home with four rushers. At least that was the narrative. But a look back at that game shows it was more complicated than that.

Spags likes using “creeper” pressures and post-snap rotations in every matchup with Brady to date. He shows multiple blitzers but ends up dropping some into coverage while bringing unsuspected rushers, confusing the protection and covering up holes in the backend.

The audio breakdown above is one example, and here’s another where Strahan actually drops into coverage from his defensive end spot with Spags blitzing his two inside linebackers. The blitzers overload the interior of New England’s offensive line, and no. 55 Kawika Mitchell is unblocked to the quarterback for a shot at Brady.

Fast-forwarding to the Chiefs’ regular-season victory over the Buccaneers earlier this season, it was more of the same from Spagnuolo, who blitzed Brady on 50 percent of his drop-backs.

The Chiefs attacked Tampa Bay’s empty formations with Spags’s pressure packages and forced the Bucs’ running backs and tight ends into the protection, which led to plenty of issues.

First, it exposed the growing pains between Brady and his new receivers when Kansas City blitzed. Here, the Chiefs bring a zero blitz using their two deep safeties to match Gronk and Antonio Brown in coverage from the third level of the defense. The protection is then forced to leave the defensive end to Brady’s right unblocked since they only have five blockers against six rushers. Brady knows he’s “hot” once he sees the blitz, but Brown, who is working out of the backfield, and Brady aren’t on the same page leading to an incomplete pass on third down.

Later on, Brady threw interceptions on back-to-back possessions against the blitz. Here’s an audio breakdown of a creeper pressure that led to the second pick. The Bucs step towards the three rushers on the right side of the line, leaving a three-on-two for the defense to Brady’s left. The end comes in unblocked once again, and Brady’s “hot” pass is deflected at the line of scrimmage and into Tyrann Mathieu’s hands.

Brady made the score close with two fourth-quarter touchdown drives, but the outcome was never in doubt for Kansas City after taking a 27-10 lead in the second half.

If Brady is going to avoid another loss to Spagnolou in the Super Bowl, the Bucs need a better plan against pressure and hope that in the eight games since their Week 12 loss to the Chiefs, Brady built enough chemistry with his new pass-catchers to beat the blitz.

GRONK IS THE “X” FACTOR IN SUPER BOWL LV

Although Brady is in his first year with Tampa Bay’s system and most of his receivers, we know that this isn’t the first rodeo for Bucs tight end Rob Gronkowski with TB12.

Dating back to his final season with the Patriots, Gronk is a Kansas City killer averaging 94 receiving yards in his last three contests against the Chiefs with several clutch catches.

Along with his receiving output, Gronk’s ability to pass protect essentially gave Brady an extra offensive lineman when he sensed pressure was coming.

Once the Chiefs got wind of Tampa Bay’s strategy to bring Gronk into the formation as a sixth blocker, they began dropping the end over him into coverage while overloading the opposite side, which is when Gronk the receiver went to work.

Here, the Chiefs blitz safety Daniel Sorensen from over the right slot and drop edge defender Alex Okafor into coverage on Gronk. Poor Okafor tries to run with Gronk up the seam, and it’s no contest, as Gronk hauls in a 28-yard completion with Brady under pressure in the pocket.

Gronk being Brady’s answer against this blitz when the Bucs were in empty became a recurring theme, leading to a season-high six catches for 106 yards for the future Hall of Fame tight end.

Besides wanting to bring pressure, the only other explanation for Spags leaving Gronk on edge defenders multiple times is that the Chiefs DC thought the tight end lost a step or two.

Kansas City’s defense found out the hard way that Gronk is still a weapon when he gets a favorable matchup and that Brady’s telepathic senses with his tight end are extremely valuable in those pressure situations.

As was the case the last time Brady was in a Super Bowl, Gronk will be a key factor on Sunday.