Rams’ Michael Brockers on Tom Brady: “Father Time Is Going to Catch You At Some Point” 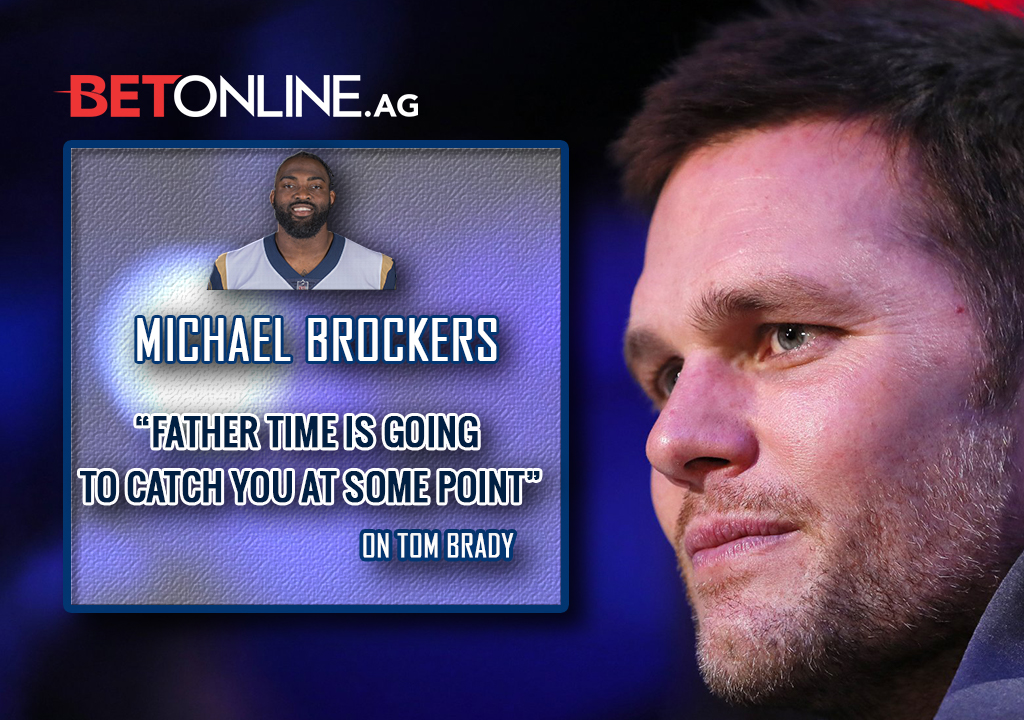 ATLANTA — Multiple players on the Los Angeles Rams defense seem to believe that father time is catching up to Patriots quarterback Tom Brady.

“Like I said before, you’re 42 years old in the National Football League; you aren’t going to always play like you did when you were 23 or so. Yeah, father time is going to catch you at some point in time. So, yeah,” Brockers told reporters at Super Bowl Opening Night.

Earlier on Monday, Robey-Coleman told Bleacher Report’s Tyler Dunne that, “age has taken a toll” on the Pats quarterback:

“Yes. Yes. Age has definitely taken a toll. For him to still be doing it, that’s a great compliment for him. But I think that he’s definitely not the same quarterback he was,” Robey-Coleman says. “Movement. Speed. Velocity. Arm strength. He still can sling it, but he’s not slinging it as much. Whatever he was doing—because of his age and all that—he’s not doing as much of that anymore. He’s still doing the same things; he’s just not doing as much of it. And sometimes, it’s not the sharpest. But it still gets done,” the Rams cornerback said.

At Opening Night, Robey-Coleman walked back his comments on Brady saying he was taken out of context.

“I ain’t got to apologize or go back on words about something that I said,” Robey-Coleman said. “I addressed [Brady’s] age, but it wasn’t anything about his lack of performance or his lack of skills. [The writer] asked the question, what’s the difference between when I played him in Buffalo, and I played him here? I said his age. His skills haven’t changed. His lack of talent, arm strength, nothing has changed.”

Robey-Coleman feels his comments were misconstrued, and would later call Tom Brady “the GOAT” as reporters continued to ask him about the Bleacher Report interview.

Asked if he had a response to Robey-Coleman, Brady simply said, “yeah, I don’t have much to add.”

Including the postseason, Brady is the third-best quarterback in the NFL this season behind MVP front runner Patrick Mahomes, and Saints quarterback Drew Brees, according to Pro Football Focus.