Tacko Fall Dunks All Over Teammate at Celtics Practice (VIDEO) 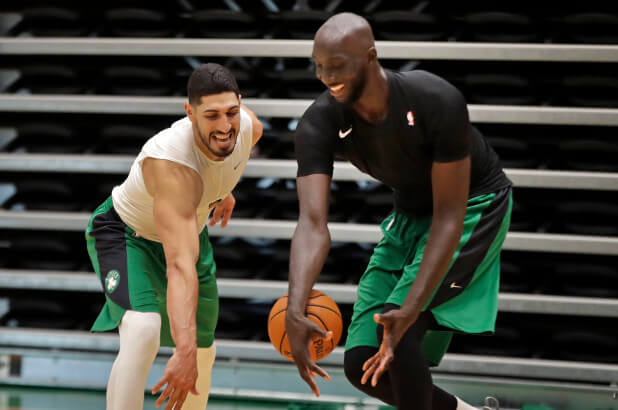 The Celtics are less than one week away from their first preseason game, and Tacko Fall is already making headlines.

Boston held its first day of training camp at the Auerbach Center in Brighton on Monday. Media members were allowed in to take a sneak peek at the tail-end of practice just before speaking to Brad Stevens and a few players.

The posterization on Poirier, as expected, got quite a reaction out of center Enes Kanter. Fall, whose offensive game is limited, will look to continue to make headway throughout training camp and the Celtics’ four exhibition games as he continues to fight for a roster spot.

He will battle for playing time alongside bigs like Kanter, Poirier, Daniel Theis and Robert Williams.