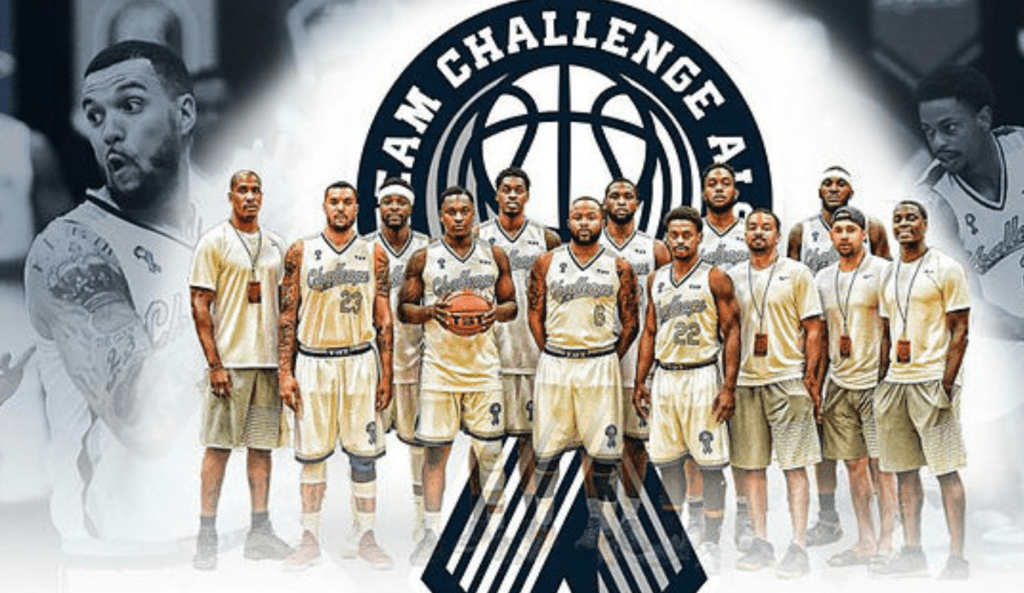 After narrowly missing the $2 million prize in last summer’s final – and a $250,000 pledge to Pete Frates’ health care expenses – Team Challenge ALS will be back for another run at The Basketball Tournament championship this summer in Los Angeles.

Team Challenge ALS is currently looking to raise money to cover the cost of training camp, lodging and travel for players and coaches. TBT rules state that teams are required to pay for themselves the opening weekend and Coaches are not paid for the entire tournament.

The team has established a GoFundMe page to accept donations.

Marshall’s stated team goal is “to use this basketball platform to raise awareness and contribute funds to support those affected by ALS. In a world where acts of kindness are rare, we try to be the exception. We welcome all to join us on our mission to #StrikeOutALS”

In the most memorable championship game of The Basketball Tournament yet, the heavily-favored Overseas Elite defeated the 2017 Cinderella team, Team Challenge ALS, 86-83, to win their third straight TBT crown and the $2 million prize.

Team Challenge ALS had a shot to tie the game, but Kevinn Pinkney missed a tough three as time expired.

Fogg scored 18 points in a 10-minute span in the first half to help Overseas Elite climb back from an early deficit. D.J. Kennedy overcame a slow start to finish with 18 points on 7-for-10 shooting for Overseas Elite, which made 24 of its 25 free throws and improved to 19-0 all-time in TBT.

Casper Ware had 22 points, and Ivan Aska made eight of his 10 field goals and finished with 18 points in the devastating loss for Team Challenge ALS, which had pledged to donate $250,000 of the $2 million prize money to offset the medical expenses for Pete Frates.