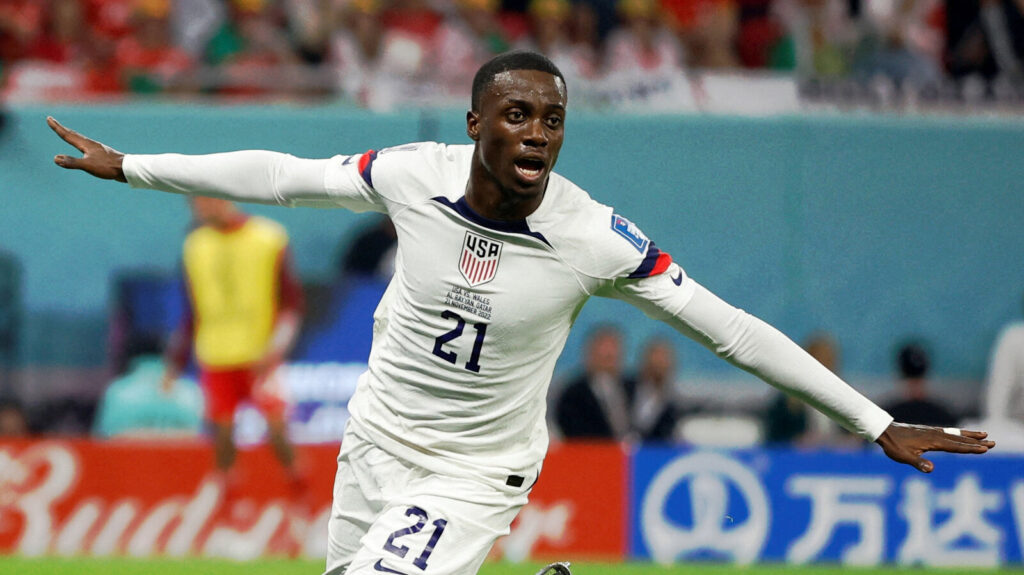 Through just over one week of play, Team USA is 0-0-2, has one goal-for, one goal-against, and despite outplaying both of their opponents in Wales and England – have yet to notch a win in 2022 FIFA World Cup action.

They have one more match in group play to try and do so, as they’ll take on Iran at 2pm on Tuesday. They are currently favored in the match according to BetOnline.ag. Here are the odds:

Forward Tim Weah has the only goal and Christian Pulisic has the only assist on a snakebitten United States attack, but goalie Matt Turner has been sensational between the pipes, allowing only one goal – on a Wales penalty kick.

A win versus Iran would essentially push the United States through to the Round of 16 tournament as the second team to qualify in their group next to England. Here are BetOnline’s odds to qualify:

To Qualify – Group B

This matchup between the US and Iran has been in the news for plenty of non-Soccer reasons, as Iran state media has been clamoring for the United State to be kicked out of the World Cup after they changed the Iranian flag on their social media. From CNN:

The federation had temporarily displayed Iran’s national flag on its official Twitter, Instagram and Facebook accounts without the emblem of the Islamic Republic. A now-deleted graphic of the Group B standings posted on Saturday displayed the Iranian flag only bearing its green, white and red colors.

US Soccer told CNN on Sunday that it wanted to change the official flag for 24 hours to show “support for the women in Iran fighting for basic human rights” but always planned to go back to the original flag.

The change “was a one-time graphic,” US Soccer told CNN. “We have the main flag on our website and other places.” The emblem is currently back on the flag on US Soccer’s social media channels.

Now back to soccer. The US is the better soccer club and should be able to beat Iran on Tuesday and get itself back to the Round of 16. However with the way they’ve played to their opponents, both up and down, it’ll be interesting to see how they respond.