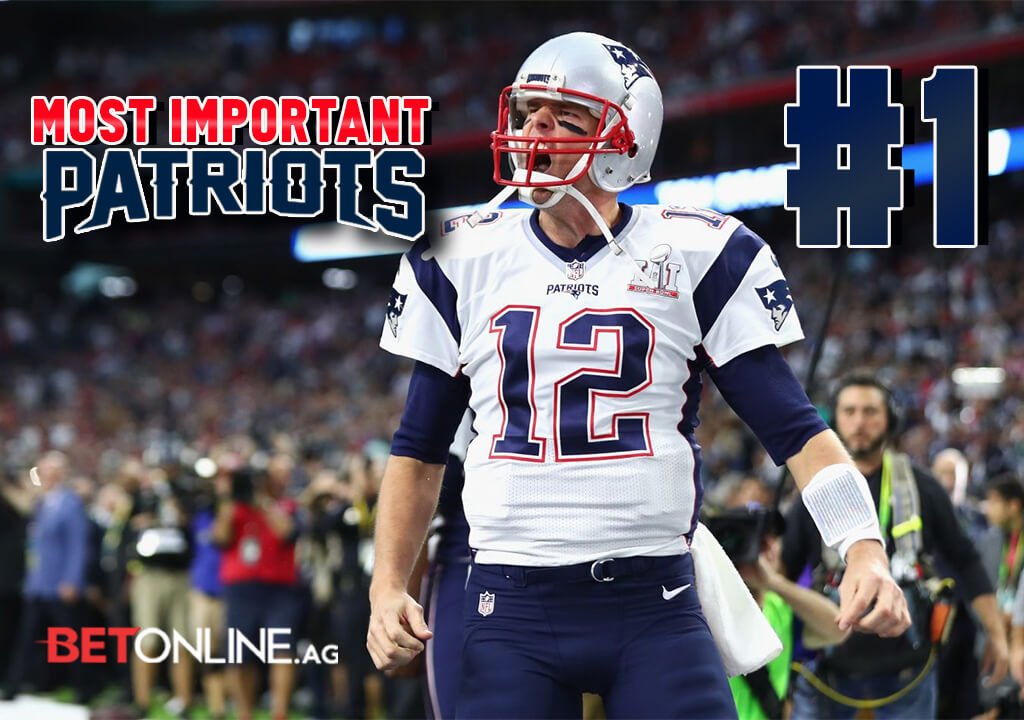 Number one, Tom Brady: since this is no surprise to anyone, let’s use this as an opportunity to take down any hot-take artists that think Brady is declining.

The six-time Super Bowl champ was, at worst, the eighth-best quarterback in the NFL a year ago based on every metric that is worth a damn (sorry, NFL passer rating).

According to Pro Football Focus, he ranked fourth in accuracy percentage on throws that we can call “NFL open” (they call them step/closing throws).

The four-time Super Bowl MVP also had the highest percentage of throws deemed “accuracy-plus” (pinpoint accuracy) and the highest rate of catchable throws.

Next, Brady’s 29 “big-time” throws were the tenth-most during the regular season, and his 12.1 big-time throw rate on third-down ranked second only behind MVP Patrick Mahomes (all 33 of Brady’s big-time throws including playoffs are in the video above).

Lastly, the 41-year-old had the highest PFF grade in “clutch” situations, which are one-score games in the fourth quarter, earning an elite 90.5 grade.

And among 58 qualified quarterbacks, had the highest EPA per attempt in the NFL in one-score games in the fourth quarter or overtime, according to Sports Info Solutions.

Brady is still one of the most accurate passers in the NFL, still makes those “wow” throws at a high rate and is still money with the game on the line.

The Pats quarterback makes the game look easy, which is probably why some miss his greatness.

In the postseason, nearly 70 percent of his pass attempts came in less than 2.5 seconds and his average time to throw was a blistering 2.2 seconds because of how quickly Brady diagnoses defenses.

Against the Chiefs, Brady converted nine third downs through the air to win the AFC Championship Game by picking on the safety rotations in the Kansas City secondary.

On the second third down of overtime, Brady sees that the Chiefs are in man coverage when Edelman motions into the stack alignment with Phillip Dorsett at the bottom of the screen. Then, he picks up the safeties dropping back in a two-high man coverage scheme. With the middle of the field open, Brady waits in the pocket until Edelman breaks across the middle on the crosser, and hits him for a 15-yard completion.

On the next third down of overtime, Brady knows its man coverage because the Chiefs match Gronk with a safety (Eric Berry) when he’s flexed out wide at the top of the screen. This time, the safety rotates down to cut off the crosser from Edelman, so Brady throws a dart to Gronk on the slant.

Reading coverage indicators and safety rotations look easy, but Brady processes things so quickly and uses the information given to him before the snap better than anyone.

On top of elite accuracy and decision making, he’ll also get the Patriots out of bad plays and save himself from sacks by resetting protections and sniffing out blitzes.

Brady has combined enough physical tools at age 41 with a mental grasp of the game that rivals any quarterback in the history of the NFL.

And although his production was down compared to his MVP campaign in 2017, no cliffs are surfacing near Gillette Stadium any time soon.