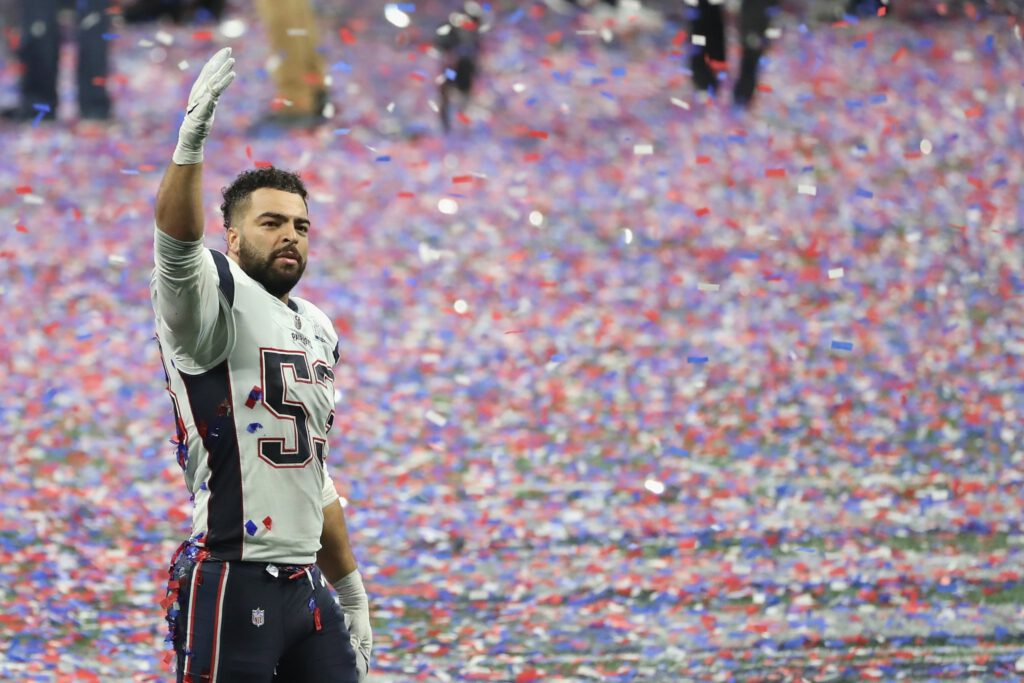 Number Ten, Kyle Van Noy: the Patriots linebacker became one of the vocal leaders of the 2018 Super Bowl champs leading the charge against New England’s detractors.

Van Noy had a career season with the Pats a year ago posting a career-high 36 quarterback pressures (11 more in the postseason) and 34 run stops in the regular season.

Along with being a more significant part of the pass rush, the Patriots changed Van Noy’s role slightly which led to a breakout season. The 28-year-old played on the line of scrimmage on 51 percent of his snaps in 2018, a ten percent increase from two seasons ago, and the move freed him up to make more impact plays.

In the Super Bowl, Van Noy registered five quarterback pressures with a sack and two hits on Jared Goff. Van Noy, along with fellow linebacker Dont’a Hightower, were featured rushers on LB/T stunts on the interior of the defensive line.

On this play, Van Noy lines up in a two-point stance over the left guard. Van Noy takes a few steps forward at the snap, forcing the left guard to set like he’s rushing head-on, and teammate Adam Butler occupies the center before working his way onto the guard as well. The Pats linebacker then wraps off of the penetration from Butler, who occupied two Rams linemen, like a ball handler in a pick-and-roll in basketball. The action leaves an unblocked path to Goff for Van Noy, who buries the Rams QB into the ground and forces the incomplete pass on third down.

We often talk about how the Patriots are a role-based operation, and Van Noy excelled in his role as the defense found its groove later in the season.

Combine his play with his leadership on and off the field, and Van Noy is quickly becoming a key figure for the Patriots defense.