Ten Things We Learned From Patriots vs. Redskins 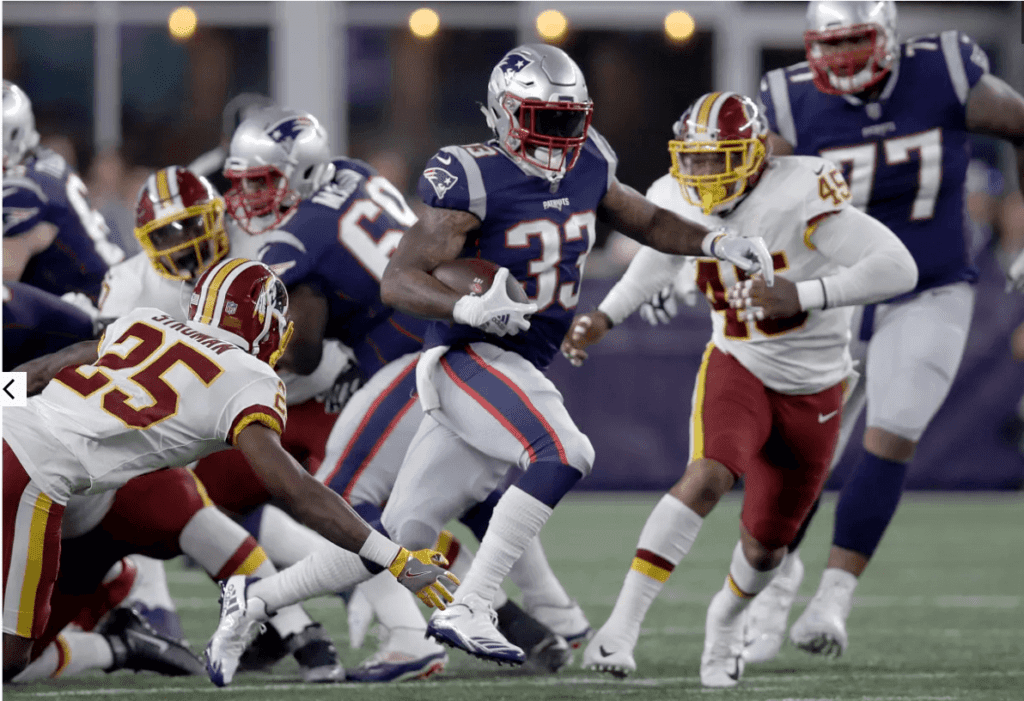 FOXBORO, MA — The Patriots opened the 2018 preseason against the Washington Redskins at Gillette Stadium on Thursday night.

On the scoreboard, the Patriots rattled off 26 unanswered points to edge the Redskins 26-17, but the preseason is all about individual performances, not the final score.

With that in mind, here are ten things I learned from the Patriots’ first preseason game of the season:

1. Dont’a Hightower is back to save the Patriots’ linebackers

On the very first play from scrimmage, Hightower reminded us what he brings to the Patriots’ defense. Playing strongside linebacker, Hightower set a hard edge blowing up a double-team block on the outside, which allowed defensive end Derek Rivers to chase the play down from behind. Hightower played more than expected, likely in an attempt to knock the cobwebs off from a long layover since his last live action in October 2017, and picked up right where he left off before his season-ending pectoral injury a year ago.

With the Patriots’ top three running backs taking the night off, Hill and Webb combined for 27 touches, 111 yards and three touchdowns on the night.

For Hill, it’s apparent that losing weight over the offseason has made him a more explosive runner. Hill was always light on his feet for a bigger back and displayed the vision and balance through the point of attack that led to his success in Cincinnati, but his explosiveness and lateral agility were on a different level than a year ago. I wasn’t a huge fan of the Hill signing, but he proved me wrong on Thursday night showing that he has a lot more juice in his legs than I expected.

As for Webb, the undrafted rookie free agent out of Vanderbilt showed why he’s Vandy’s all-time leader in rushing yards. Webb has terrific vision and instincts between the tackles, but also flashed explosiveness and power that wasn’t always there on his college tape. Overall, when you add Rex Burkhead, James White, and Sony Michel back into the mix, the Patriots are loaded at running back.

3. Patriots need to ramp up the contact in practice

A combination of horrific tackling on defense and rustiness with the starting offensive line put this on my radar. The Patriots have had an uncharacteristically light training camp without much contact in many of their practice sessions. It showed up on Thursday night with way too many missed tackles by the defense and some sloppiness with timing and execution with the starting offensive line, especially in the run game. There’s no reason to be overly concerned about it yet, but you wonder if the Patriots will ramp up the physicality moving forward to improve in those areas.

Patriots fans had flashbacks to last season when Redskins backup quarterback Colt McCoy capped off a long first-quarter touchdown drive with a 25-yard touchdown pass to running back Byron Marshall. Patriots starting linebacker Kyle Van Noy was in coverage on the play, and it was a familiar site seeing a Patriots linebacker get burned by a running back. On the one hand, there’s minimal scheme involved in these preseason games and no game planning, so these are one-on-one matchups all over the field. But on the other hand, this is becoming a chronic problem for the Patriots that they didn’t necessarily address in the offseason. The Patriots allowed the second-most receiving yards to running backs in the NFL last season and didn’t do anything on Thursday night to prove that they’ve corrected that problem.

5. Danny Shelton is a rock in the middle of the Patriots’ defense

Arguably the best defensive player of the night for the Patriots was defensive tackle Danny Shelton. Shelton is as advertised, taking on double-teams and holding the point of attack in the middle of the Patriots’ defense. The way that Shelton anchors and takes on blockers in the middle of the defense is rare; the guy is impossible to move off the ball. Shelton’s presence will make things easier for everyone around him in the front seven.

After missing his entire rookie season due to a torn ACL, Rivers made his comeback to the Patriots complete with a heavy workload in the team’s preseason opener. Right away Rivers flashed at the right defensive end spot with the Patriots starters. His physical tools are apparent with a great burst off the snap, strong hands and savviness with a good understanding of leverage and hand placement. Rivers’ speed to power move gave the Redskins’ tackles trouble as he showed off those strong hands and terrific hand placement to get inside and underneath the shoulder pads of the man standing across from him. You’d like to see Rivers refine his plan as a pass rusher on a down-to-down basis, but overall it was a positive night for a critical component to the defense.

Bentley was one of the better run defenders in the FBS last season, but there were concerns about his ability to play in space. Well, the off-the-ball linebacker proved on Thursday that he could play in coverage, making a nice tackle on a third-down play down the field and running well in coverage overall. However, it was that physicality and run defense that proved to be Bentley’s bread and butter once again. On a first-half play on the goal line, Bentley showed great patience and instincts to fill his gap and wait for the ball carrier before delivering a big hit to stop the running back short of the goal line. Bentley’s size (6-2, 260 pounds) is apparent, and you can see how he fits in with the Patriots’ linebackers.

One of the surprises of the night came when second-year corner Jomal Wiltz got the call as the third cornerback in the slot with the Patriots’ starting defense. An Iowa State product, Wiltz signed with the Patriots as an undrafted free agent last September and then hung around on the Patriots’ practice squad last season. In college, Wiltz was a bright spot on a bad Iowa State defense. He’s a smooth athlete with good hips and ability to turn out of his backpedal and can play in traffic which explains why the Patriots started him out in the slot on Thursday night. Wiltz will have to prove he can play on special teams as well to earn a roster spot with the Patriots, but it appears that he’s higher on the depth chart than we realized.

One of my main takeaways from this game that will likely go under the radar was the play of second-year corner Ryan Lewis. Lewis spent all of last season on the Patriots’ practice squad, but the team paid him a little bit of extra cash to keep him around. His physicality on the outside was apparent as he continuously threw receivers off their route paths and delivered some nasty hits.

Ryan Lewis with the STICK. Don't count the second year CB from Pitt out of a roster spot pic.twitter.com/8gj5Ekvc0V

On one play, Lewis was in zone coverage and came off his assignment to lay out Redskins receiver Trey Quinn. That kind of awareness, closing speed and ability to finish with the hit will win Patriots coaches over. Lewis did, however, miss a block as a result of celebrating too early on Geneo Grissom’s fumble return, something he’ll hear about in the film room tomorrow.

It’s becoming more and more apparent that there may only be room for either Braxton Berrios or Riley McCarron on the Patriots’ 53-man roster, and the winner of that roster battle will likely earn the spot on special teams. Both wideouts got plenty of chances to return kickoffs and punts on Thursday night, and both had their moments with McCarron’s 25-yard kickoff return being the highlight. Without Julian Edelman for the first four weeks, the Patriots’ punt return job is wide open, and that could be an easy way for one of these two to make the roster out of camp. Right now, I’d give the slight edge to Berrios due to his ability to develop long-term into a more productive slot receiver than McCarron, but this one will likely come down to the wire.