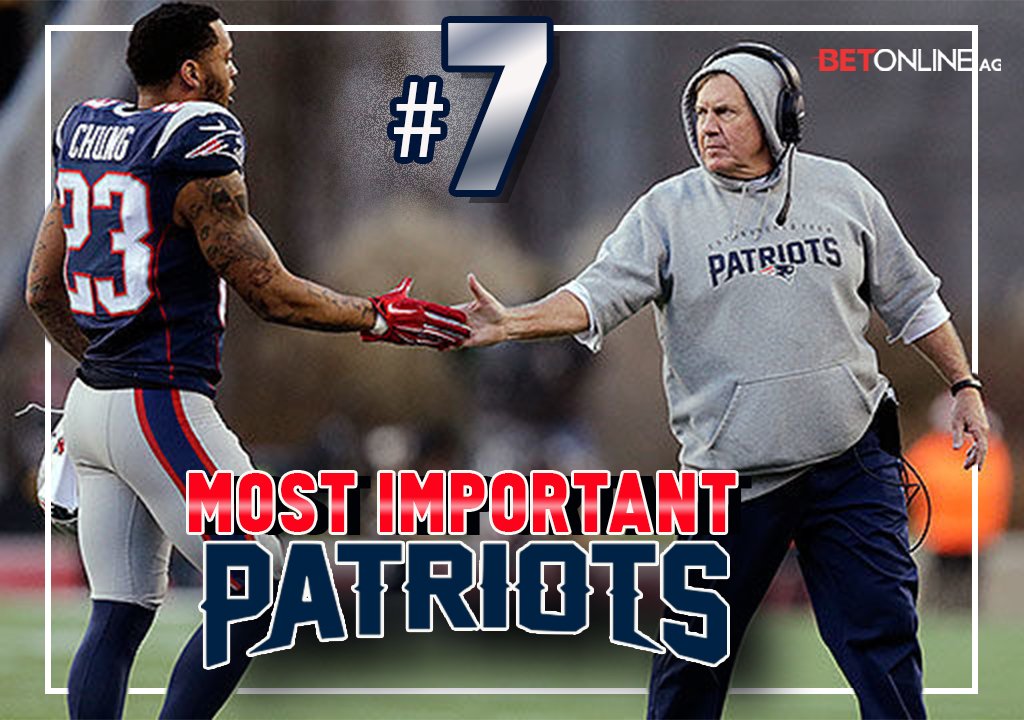 Listed as a safety, Chung takes the majority of his snaps either in the box (39 percent) or as a slot defender (27 percent). But the veteran moves all over lining up on the line of scrimmage, wide corner and free safety as well.

Chung is apart of a new breed of hybrid safeties that often play the “money-backer” role in the defense, and he has done it as good as anyone in recent years.

Last season, Chung tallied the fifth-most run stops among safeties (17) and posted the third-best tackling efficiency making the case that he’s the best tackler on the team.

In this role, Chung is essentially playing linebacker. With pass-catching tight ends tormenting defenses, athletic players like Chung are a better bet in coverage than slower-footed linebackers.

Here, the Patriots defense is in a standard 3-4 front, but the 215-pound Chung is the fourth linebacker. Like a linebacker, Chung has a two-way read against the run in either the A or B gap. Against a pass, Chung is in man coverage with the tight that has his hand in the ground. The Jets hand the ball off, and you see Chung reading his keys straddling the line between his two gaps. The Pats captain sees the “sift” motion by the tight end coming across the formation and sniffs out a poorly executed wham scheme by the Jets. Chung steps into the gap once the back commits, and makes the stop.

Chung is also the Patriots’ best option against tight ends, and he’ll play more of a cornerback role when necessary to follow them around the formation.

On this pass breakup, Chung is in man coverage against Bears tight end Trey Burton at the bottom of the screen. He has inside leverage on Burton, so he throws a jam with his outside hand hoping to impede an outside release. Once Burton clears the jam, Chung gets into his hip pocket. Then, Burton skillfully sells an out-and-up down the sideline getting Chung to bite slightly on the out route. The Bears tight end has a step on Chung, but the Pats safety does an excellent job of driving through the hands from out of phase. When Patriots DBs are trailing in coverage, they’re taught to play through the receiver rather than turning to locate the ball in the air. Chung goes through Burton at the catch point and rips the ball out of his hands nearly intercepting the pass.

In many ways, Chung has the most demanding role on the Patriots defense, and maybe on the team outside of quarterback.

The Patriots count on the 31-year-old to defend the run and pass on every down, and only Devin McCourty ran a greater total distance than Chung on the Pats defense last season (according to Next Gen Stats).

And since his return to the Patriots in 2014, he has played his role at an extremely high level.