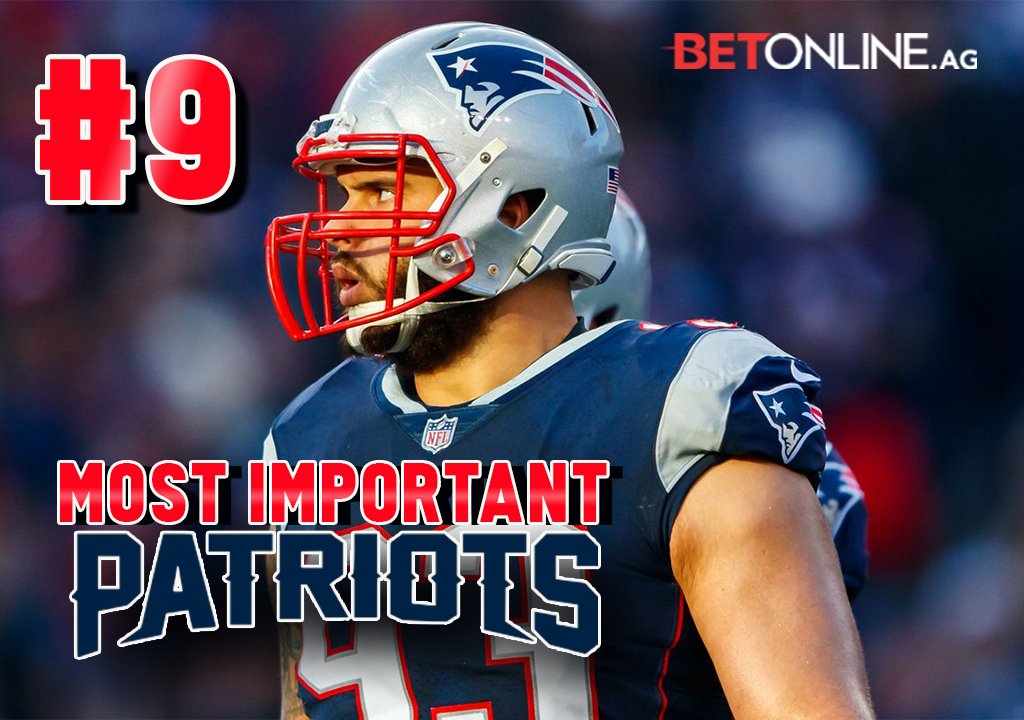 Number nine, Lawrence Guy: Lost in a deep position group, Lawrence Guy is one of the most underrated players in the league and on the Patriots roster.

The Pats defensive tackle was one of 11 interior defenders with 20-plus pressures and 30-plus run stops last season, and his 30 run stops tied for tenth-most at the position.

Guy was also one of three Patriots along with Tom Brady (90.6) and Stephon Gilmore (90.9) to post an elite grade last season, according to Pro Football Focus (90.2).

The 29-year-old isn’t flashy and can go unnoticed if you aren’t paying close attention, but he’s terrific with his hands, and consistently plays with proper leverage and pad level.

In the Super Bowl, Guy tallied four quarterback pressures and a run stop, and his consistent positioning was vital against the Rams’ rushing attack.

On Guy’s run stop, the Patriots did an excellent job against the Rams’ wide zone blocking scheme. McVay loves to use both a “sift” motion by the tight end (coming across the formation) and a fake fly sweep (or orbit motion) to confuse defenses. The Patriots don’t fall for it, and thanks to Malcom Brown holding up the double team, Guy is free to make the play against a single block. Guy leverages with an upward punch to get underneath the right guard and then establishes inside hand positioning on the right guard. Active hands with terrific inside placement allow Guy to control the battle, toss the guard to the ground and make the stop.

As a pass rusher, Guy has a sneaky-quick first step while still staying fundamentally sound.

Here, Guy gets quick pressure on Goff with a punch and dip move. He creates separation by getting into the chest of the right guard and extending his arms. Then, he dips his inside shoulder to get underneath and around the blocker incorporating a little rip move to keep his body clean as he bends the arc on the interior. Goff has a chance to look at his first read, but Guy is quickly in his face forcing the Rams QB to throw the ball into the back of his running back.

With names like Aaron Donald and Fletcher Cox leading the way, it’s difficult for interior defenders to get noticed at a time when the position has never been better.

However, Lawrence Guy is quietly one of the most consistent defenders down-to-down in the NFL, and he’s slowly starting to get the recognition he deserves.