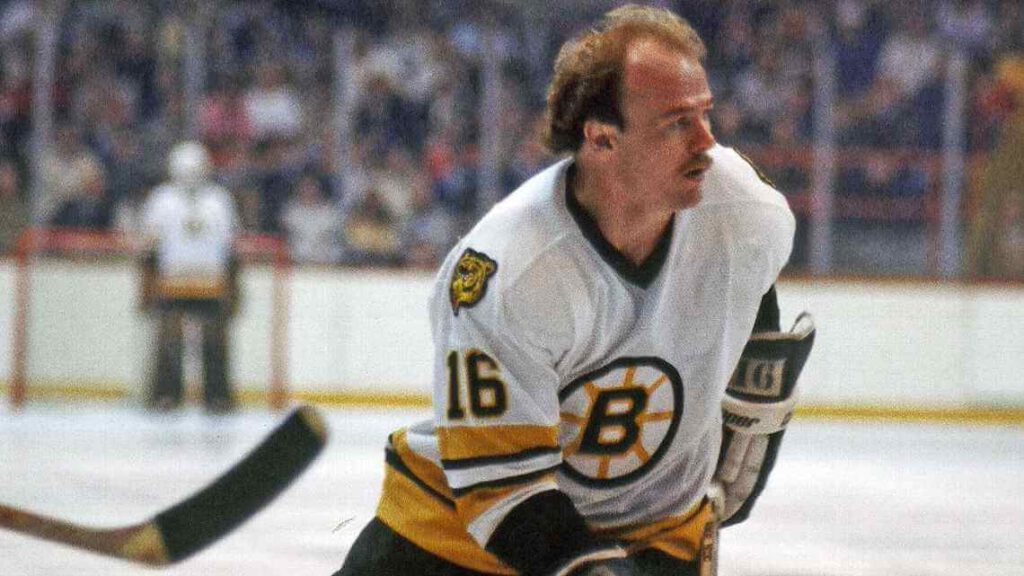 The Boston Bruins have announced that they are going to retire Rick Middleton‘s number 16 in a ceremony at TD Garden on Thursday, November 29. Team President Cam Neely got to deliver the news to the man known the most Bruins fans simply as “Nifty.”

“It was a great honor to call Rick today and let him know that he will join the group of retired numbers in the TD Garden rafters,” said Neely. “As a player and a person Rick embodies what it means to be a Bruin, and we are excited to celebrate his career with his family, friends and our fans.”

Middleton was incredibly happy to have his number finally retired.

“It’s something that, obviously, you think about especially over the last four or five years when nobody worn the number 16, and you think well maybe it’ll happen,” he said. “In the month of July, it’s not really the type of call you think you’re going to get. And when Cam [Neely] called me, you know, every once in a while, we talk about different alumni stuff, and he just caught me so off guard with it that I actually got emotional when he said it because it was just a dream come true.”

Just in case you're wondering why they called him Nifty. pic.twitter.com/qEzaLcyMbn

The right winger led the B’s in scoring four straight seasons from 1978-82 and also led the team in goals from 1978-84. His best season came in 1981-82, when he was named a second-team All-Star after scoring a career-high 51 goals. That same season saw him take home the Lady Byng memorial trophy.

“Mr. Middleton’s number 16 has long deserved to be raised to TD Garden’s rafters,” said Bruins CEO Charlie Jacobs. “I look forward to participating in the events on November 29th as it will be a very special evening for Mr. Middleton and the entire Bruins organization.”

Rick Middleton's No. 16 will become the 11th sweater honored by the #NHLBruins, joining:

Middleton’s number 16 will be the 11th number retired by the Bruins and first since 2004 when Neely’s number 8 went to the rafters.