The Bruins Have Prolific Scorer of the Future at Development Camp 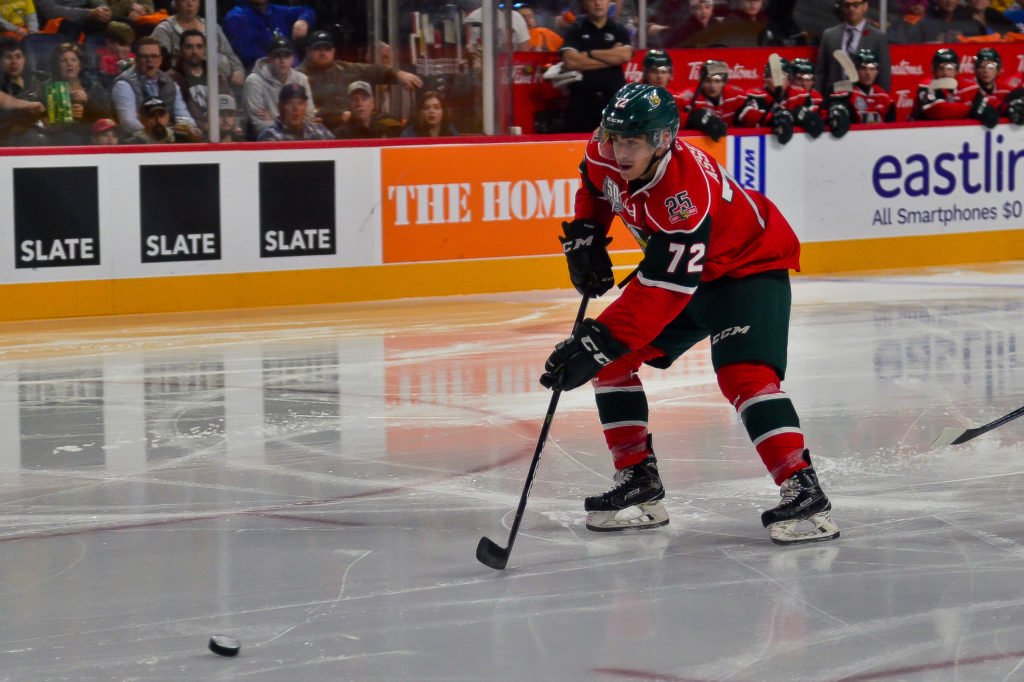 What the situation represented was just how under the radar Asselin’s time in the Bruins organization has been thus far. He signed an entry-level contract with the Providence Bruins in the heart of the big clubs’ mighty, but ultimately unsuccessful, push for the Stanley Cup.

But Asselin won’t be low-key for much longer.

Out of every prospect at the Bruins’ 2019 Development Camp, nobody scored more goals this past season than Asselin. The 5’10” forward scored 48 goals in 2018-19 for the Halifax Mooseheads of the Quebec Major Junior Hockey League. His 48 lamp-lighters were the most in Halifax since 1994. His 14 power play goals and nine game-winners were also the most by a Moosehead since then.

“I had so much fun,” said Asselin of the past campaign. “Just so much fun. I was enjoying my time last year in the ‘Q’. 20 years old — I was just having a blast and it worked out well. I want to start from there and build on that.”

Asselin’s time in the QMJHL was mediocre prior to taking his talents to Halifax. He only eclipsed a double-digit total of goals once and that was in 2016-17 when he potted 17 with the Shawinigan Cataractes.

The 2018-19 season provided a fresh start in Halifax for the Quebec native and to say he made the most of it would be an understatement. Along with the 48 goals, Asselin added 38 assists to total 86 points. He also became a leader with the Mooseheads, sporting the “A” on his jersey every night as an assistant captain.

Asselin attributes a lot of his success in Halifax to his head coach Eric Veilleux.

“I’ve got to say my coach,” he said of his biggest influence. “Coach Eric Veilleux. He’s by far the best coach I had. He’s really good. He played pro, he coached pro. He knew what to tell me, what to say and when to say it. He was too good with me. I owe him a lot.”

Asselin’s game is one that fits with today’s NHL — fast and skilled with a strong dose of grit. Through two days of Development Camp, in drills that are mixed with speed and an element of defense, he’s thrived, which has caught the eyes of P-Bruins bench boss Jay Leach.

“He’s got pace,” he said. “He’s a heady player — looks like he really wants the puck, which is a huge advantage for someone like that. Obviously a bit undersized but doesn’t seem to be knocked off the puck too much. From what I understand, he plays the game hard. He’s a gamer. He’s shown the last two days nothing that says he won’t be successful at our level. He’s been actually quite impressive. We’re looking forward to seeing him in camp and seeing what he can bring.”

For Asselin, Development Camp is a huge opportunity.

“It’s just to see how great of an organization this is,” he said. “At first when I talked with Boston, they wanted me to come in and see the guys, see how it is, see what they expect from the guys so that’s what I go with. For the rest, I think I’ll come back in September and be ready for everything that’s coming.”

Although Asselin didn’t experience the Stanley Cup loss as a member of the Bruins, he experienced his own bit of heartbreak this past season when his team lost in the Memorial Cup to the Rouyn-Noranda Huskies. He had the first goal of the game.

A goal-scorer who can put pucks in the net in big games? Sounds like something the Bruins could use sooner rather than later.

Another piece of good news for the Bruins is who Asselin looks up to.

“I’ve got to say Patrice Bergeron,” he said. “Every time some people ask me this question, whether it’s here in Boston or before when I wanted to get drafted in the ‘Q’, I always said Patrice Bergeron. He’s from Quebec. We play the same kind of game — two-way forwards that can score, that can play on the third line too. I looked up at him all my life and sort of idolized him a little bit. When he talked to us just before it was fun to see him.”

Bergeron spent time in the QMJHL; so to did Brad Marchand. Marchand’s also from Halifax and played for the Mooseheads. If history’s an indicator of anything, it’s that Asselin won’t be flying under the radar for much longer.