The emails that took down an NFL head coach, the state of the NFL's best teams heading into Week 6, and a looming battle of two struggling former AFC powerhouses. 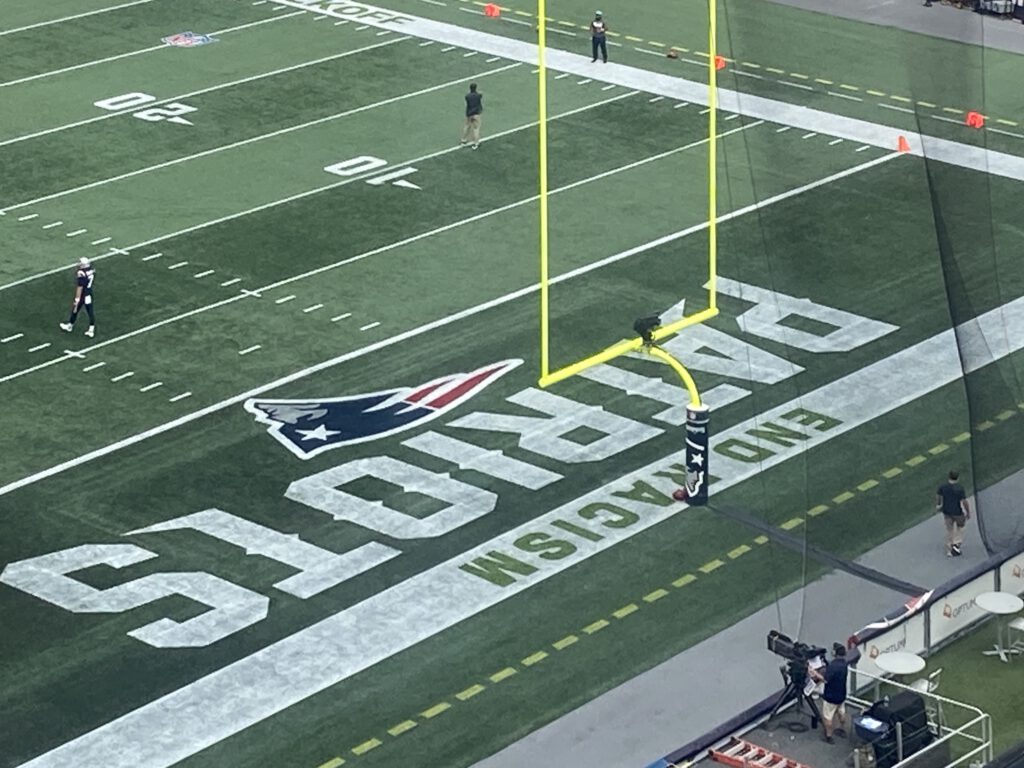 Jarrett Bailey is an NFL contributor for Fansided and the co-host of the Laces Out Podcast. He joins Tanya Ray Fox to grapple with the Jon Gruden news this week. Then they take a look across the league as we head into Week 6 and the real meat of the NFL season.

2:06 — First, Tanya and Jarrett break down and react to the fallout from the leak of a slew of racist, homophobic and misogynistic emails between former Raiders head coach Jon Gruden and former Washington Football team President, Bruce Allen.

25:25 — Tanya and Jarrett make their picks for which of the NFL’s top-tier teams are for real Super Bowl contenders, and which is their pick for the team that might be headed for a downturn as the season moves on

55:00 — Finally Tanya forces Jarrett to face the real possibility that his Steelers and her Patriots may very well face a battle down the stretch for the final wild card playoff spot in the AFC. So they break down each of the team’s upcoming schedules to figure out where each team could realistically stand by Week 18.

You can also listen and Subscribe to Almost Shameless on iTunes, Spotify, Stitcher, and watch on YouTube.

Follow on Twitter and Instagram @tanyarayfox and @shamelesstrf. Almost Shameless with Tanya Ray Fox is powered by BetOnline.ag. Head to the website or use your mobile device to Sign Up today to receive your 50% Welcome Bonus on your first deposit! Don’t forget to use our Promo Code: CLNS50 to receive your bonus.