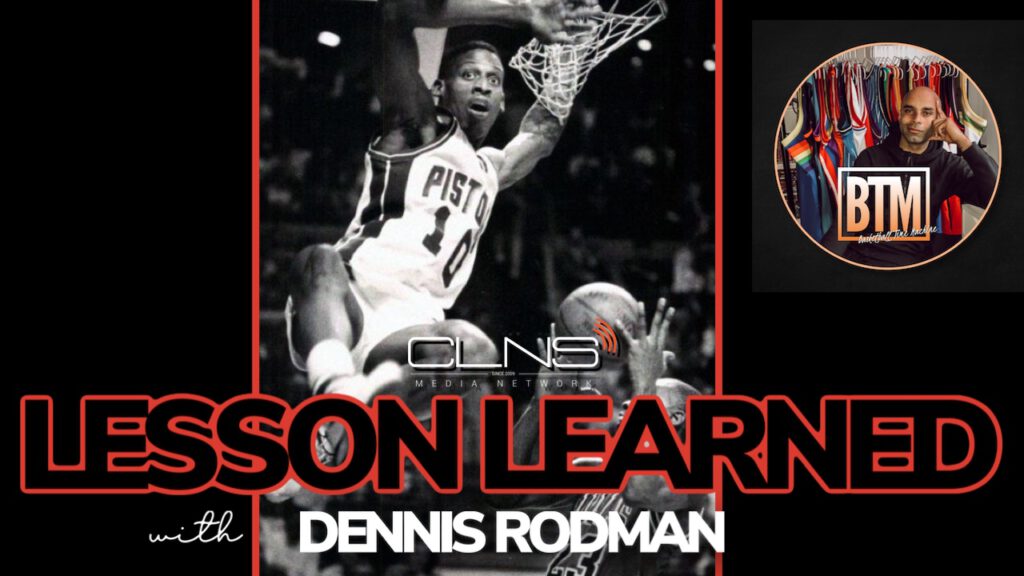 Dennis Rodman remembers a Michael Jordan who shined, but couldn’t break the allure of Magic Johnson and Larry Bird in the 1980s. He lacked the most important pedigree in NBA history: championships.

Jordan advanced further in the playoffs for three straight seasons starting in 1987. The Pistons blocked the next step for Jordan’s Bulls. Dennis Rodman and company beat Chicago in five, six, then finally seven games in 1990. Before the Rodman episode of The Last Dance airing tonight on ESPN, Rodman joined CLNS Media’s Basketball Time Machine Podcast remembering the fits Detroit gave Jordan and the awkwardness of joining him.

Rodman’s career began covering Larry Bird, who schooled him and providing the tests they’d later pass on to the Bulls. Trash talk flew it his face, “take that,” “you like that?” When he finally earned Bird’s respect, especially after their brawl, the rivalry heightened and he felt part of the league.

“(Jordan) learned the hard way when he played the Detroit Pistons,” Rodman said. “He said, they made me grow up and understand this game of basketball. It ain’t about me being flashy, I got to go out there and work my ass off, get stronger, get my mind right and I think the fact that we pushed them so much, like the Boston Celtics pushed us, we pushed the Chicago Bulls to beat us.”

After a tumultuous two seasons with the Spurs, Rodman talked to Jordan, Scottie Pippen, Jerry Krause and Phil Jackson about joining his former rival. Krause’s wife cooked food inside, while Jackson took Rodman on the patio and asked for one favor: apologize to Pippen.

When Rodman set things straight with Pippen inside, Scottie welcomed him to the team. Rodman saw himself as the missing piece to the record-breaking 1996 Bulls, who he felt could’ve won 75 games.

“We were so smart,” he said. “Everybody on that team passed the ball very well. Everybody had that IQ to say I know the next move … I can trust that guy.”