The Lessons From Kyrie Irving, David Price And Boston Athletes Trying To Master Their Own Domain 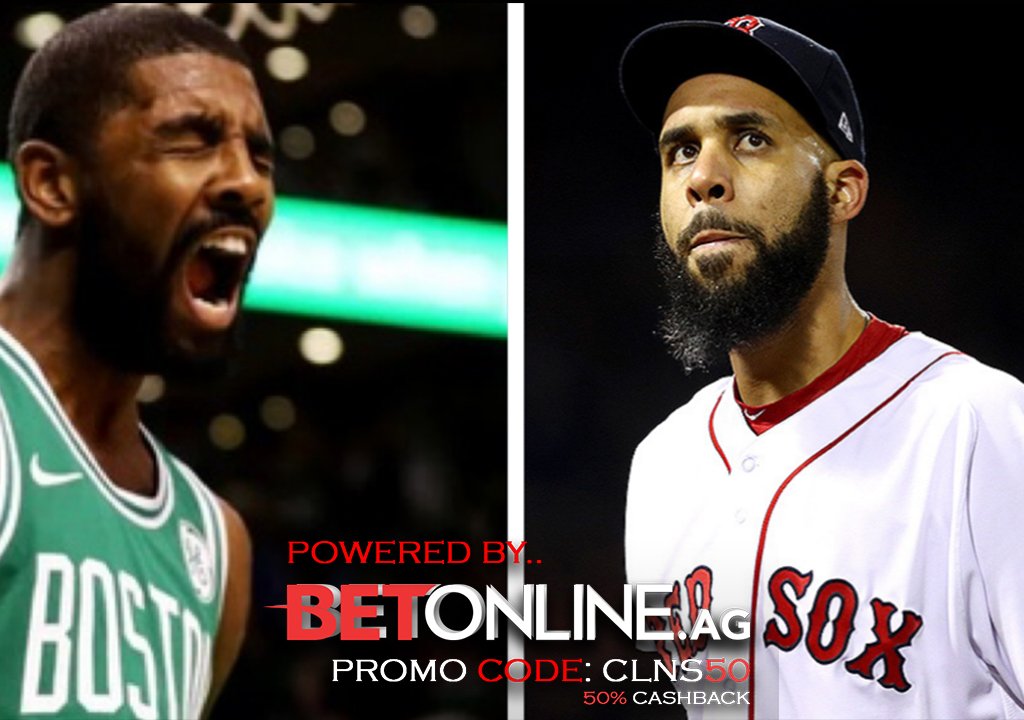 The viral nature of social media and unsolicited videos in this day and age of sports borders on the ludicrous.

The Celtics point guard was right to call out the presumptive and assumptive nature of his hallway conversation with fellow mega free agent-to-be Kevin Durant during the All-Star break. Just because the two superstars get together in the hallway and have a chat shouldn’t immediately led to speculation that Irving – by holding up two fingers – was recruiting Durant to join him in New York, where the Knicks now have exactly that many max contract slots potentially open this summer.

“What I do with my life is my business. So it’s none of yours. It’s not anybody’s business, right? So it’s a video of me and one of my best friends talking, and then it turns out to be a dissection of a free agency meeting? Do you get that? Like, do you get that? And then I’m asked questions about it?”

He ripped into the media for jumping to conclusions based on some random third-party off-in-the-distance filming of a one-to-one chat between two friends at the NBA All-Star Game in Charlotte.

After Wednesday’s practice in Milwaukee, he lit into the media for latching onto videos like this, turning it into self-serving platforms to generate stories and content.

“It’s a video of me and one of my best friends talking,” Irving said. “And then it turns out to be a dissection of a free agency meeting? Do you get that? Like, do you get that? And then I’m asked questions about that? That’s what disconnects me from all that shit. Like, because I have no connection to that. Over a video?”

Irving wondered to the group assembled, who really cares? The fans, he was told.

Where to begin with all of that? This is an athlete who embraces social media and is more than ever aware of his social conscientiousness in a free agency year but only if he can control it.

This is where it all gets very, very tricky for Irving.

Hours before this tirade, ESPN aired a sit-down interview he agreed to with Rachel Nichols in which he went in-depth on his relationship with younger teammates, naming Terry Rozier by name, his call to LeBron and what it takes to be a leader. You can read into him using ESPN as a platform before entering free agency all you want because Irving is one of the most savvy players in the NBA. He knows full well what he’s doing and some would say he’s starting his free agency tour about four months early.

Kyrie Irving sits down to talk about the Celtics' "trying" season: "we have a bunch of young men in our locker room who feel they're capable of doing a lot more than they're doing." We also talked free agency, the LeBron phone call, & how anger can fester if you don't address it pic.twitter.com/VGNqkifWnk

The point is, for the third time in as many months, the self-proclaimed leader in the Celtics room went public with some issues that many inside the Celtics organization wish would stay private.

Kyrie Irving has also stated on multiple occasions that he’s still learning how to lead a group like this and wants to let his play do all (or at least most) of the talking. But then, he goes and does the interview with ESPN and all of that messaging is out the window. Kyrie, like LeBron, maybe cares too much about his image and how he’s perceived on the social media platforms that he ripped apart on Wednesday.

Irving is one of the most complex players in Celtics history, and Danny Ainge knew this when he acquired him from Cleveland before the 2016-17 season. He knew the package he was getting. He knew there would be times where he and Celtics fans and the front office would have to accept his incredibly mercurial nature off the court with his remarkable and elite skills on the court. That’s what you’re getting with Kyrie Irving.

Price and Irving are cut from the same cloth. They are incredibly sensitive professional athletes who are savvy to every tweet, instagram and social post out there. They use any criticism as fuel for their professional fire.

The parallels are remarkable. You live with the player and his sensitivities off the field because his skills are simply extraordinary. The Red Sox don’t win the 2018 World Series without David Price. And the Celtics have no NBA title hopes this spring without Kyrie Irving. That simple.

Can you picture a scenario where Kyrie Irving, like David Price did after Game 5 in Los Angeles, takes a break from sipping champagne after an NBA Finals victory over Golden State to light into those in the media and elsewhere who doubted him or his leadership? I can.