The NBA Finals is at a Dead Heat According to Oddsmakers | Celtics vs. Warriors Game 3 Betting Preview and Prediction

The NBA Finals heads back to Boston for games three and four. Let's take a look at the betting lines. 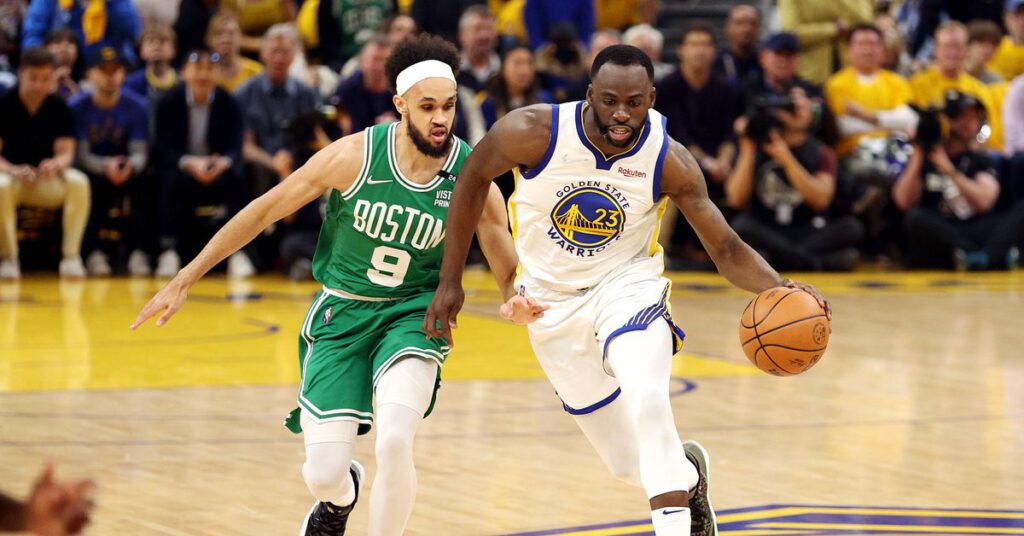 As I mentioned earlier this week in my game two debrief – the NBA Finals is at a dead heat betting wise according to our partners at BetOnline.ag:

The Celtics and Warriors split the first two games of the series and now head back to Boston for games three and four. Here are BetOnline’s odds for Wednesday night’s game three at TD Garden:

Sure – they struggled protecting the ball and they didn’t shoot well. And on top of that – which Jayson Tatum said best, the Celtics “weren’t getting the benefit of the doubt” from the referees on Sunday night:

While I agree with Tatum here – STOP. WORRYING. ABOUT. THE. REFS!

Excuse my language, but I can’t stand the b*tching and moaning all the time. I just can’t. Too many times I’ve seen these guys complain about what the stripes are calling instead of getting back on defense and giving up easy transition points. Plus, even if the refs did call a fair game, you lost by 29. They weren’t the reason the Warriors won. Turnovers and inefficiency were. From Monday:

Turnovers and inefficiency were the stories of the night for the Celtics. They gave the ball up 19 times and had a 37.5% FG percentage. That’s not going to win you the Finals.

Two Twitter stats that stand out the most from Sunday:

According to @BostonSportsInf, the Celtics are 13-2 this postseason when they commit less than 15 turnovers in a game and are 0-5 when they commit more. Take care of the ball and you’ll be fine.

The other is from @KeithSmithNBA. It’s not a deep dive by any means, but it puts into perspective just how bad the Celtics were shooting on the night. At one point, they were just 9-35 on two-pointers. Not good! The good news though? That should never, ever, ever happen again. Time will tell I guess.

Anyway – I digress. We’re moving on. Game three will tip off from Boston’s TD Garden at 9:00pm on Wednesday.

Outside of third quarters – the Celtics have played the Warriors very well in these first two games. Coming back to Boston is going to be exactly the jolt they need to get themselves another edge up in this series. The Celtics will win on Wednesday and take a 2-1 NBA Finals lead.