The Price for Taylor Hall is High, But Worth it for Bruins 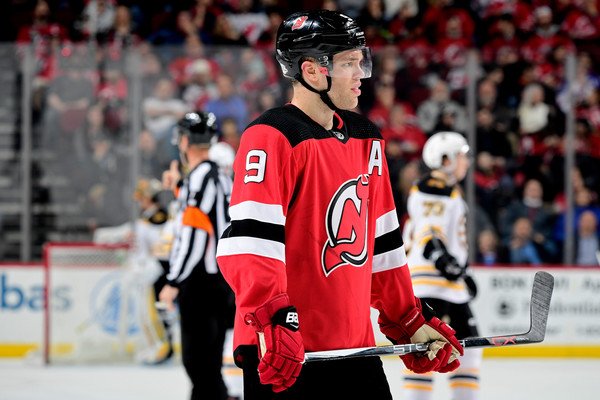 When the Bruins skated off the ice last June with their heads down and eyes filled with tears, most everyone thought the B’s had blown the veteran core’s final shot at the Stanley Cup.

42-year-old Zdeno Chara, 33-year-old Patrice Bergeron, 31-year-old Brad Marchand, 33-year-old David Krejci and 32-year-old Tuukka Rask — the main characters who make up the veteran core of the Bruins — were thought to be too old to have another shot, especially a road so easy, at the Cup.

But here are the 2019-20 Bruins. Comprised mainly of the same players from the team that lost to the St. Louis Blues in seven games, the Bruins sit high atop the Atlantic Division. The Panthers have 35 points in second place — the Bruins have 46. Through Dec. 9, they’ve been the best team in hockey.

If 2019 wasn’t the last hurrah, you have to assume 2020 will be, which is exactly why the Bruins should be focused on going all in.

Going all in really means one name: Taylor Hall.

The New Jersey Devils are in the midst of a remarkably horrible start to their season. After having what many dubbed the best offseason, the Devils have imploded. As their playoff chances have faded, so too have their chances at inking Hall to a long-term deal. It’s now reported that New Jersey is shopping the star winger and, according to Elliotte Friedman’s ’31 Thoughts’, want first-rounders and/or high-level prospects who are ready to play.

In most cases, this should be a resounding “no” from the Bruins. Giving up a good chunk of the future for what will most likely be a deadline rental is far from ideal. According to CapFriendly, the Bruins have $17.058 million in cap space for next offseason. Their focus lies with bringing back UFAs like Torey Krug and Jaroslav Halak. They’ll also need space to sign RFAs Jake DeBrusk, Matt Grzelcyk and Anders Bjork.

As good as Don Sweeney is at doing cap gymnastics, signing Hall would seem a pipe dream.

And then there’s what it would take to get him. The Devils are in need of defensemen, so if the Bruins traded for Hall, they’d most likely have to say goodbye to Urho Vaakaninen. Along with that would go the Bruins’ 2020 first-round pick, which, if the Black & Gold stay on the same path they’ve been on, will be a late selection.

What will drive the price up even higher is if Hall were to come to Boston, a lot of his $6 million average annual value would have to be retained by the Devils. That would most likely add another prospect to the deal.

In short, the price for Hall would be very high. The only prospect that the Bruins could probably leave off limits is Jack Studnicka. Everyone else would be on the table. There’s a chance that the deal would include a first-round pick and two to three prospects — that’s a big chunk of the future being sacrificed for one shot at the Cup.

But the Bruins have a unique case in front of them. Here’s a team that’s seemingly on a revenge tour after what took place in mid-June. The veteran core doesn’t have much air left to breathe and the young guys have stepped up. Not to mention the play in net — the Bruins struck gold with the two-goalie tandem. Halak’s deal is up after this season and his future is very much in limbo. Rask looks as good as ever.

On the latest episode, @emarinofsky and @DaleEArnold debate why David Pastrnak may be the best player in the NHL right now.

This situation pops up once in a generation. Everything is going right for the B’s. The only problem the Bruins really have is the production on David Krejci’s right side. It’s an issue Krejci has dealt with for much of the second-half of his career — his line was even incomplete during last year’s Cup run.

With his contract ending after next season and his future very much up in the air, why not give him the best available option?

A one-two punch of Marchand-Bergeron-Pastrnak and then Hall-Krejci-DeBrusk would be a matchup nightmare. Assuming the third and fourth lines stay intact, those are four lines that are legitimate scoring threats. Bruce Cassidy loves mismatches with his own lines, such as the Charlie Coyle line facing opposing team’s fourth lines. With Hall on the Bruins, he would get his wish for sure.

Barring injuries, the Bruins would have no holes going into the playoffs.

With regard to the future, the Bruins have other young guns. Yes, it leaves a dent. But this doesn’t wipe out their prospect pool.

One thing that gets overlooked with developing young players is it’s more than just picking players for the farm system. The second stage is picking the right ones to stay and the ones to send away for players like Hall.

Trading for Hall would undoubtedly be the biggest move Sweeney’s made to date. It’s a massive hit-or-miss transaction — get a Stanley Cup and you’re a hero; no Cup and you’re on the hot seat. But those are moves that general managers often have to make when faced with a team as good as these Bruins.

And there’s no reason why the Bruins shouldn’t be throwing all their chips in on 2020.