The Return of the Slot: Julian Edelman Brings the Slot Receiver Back to the Patriots 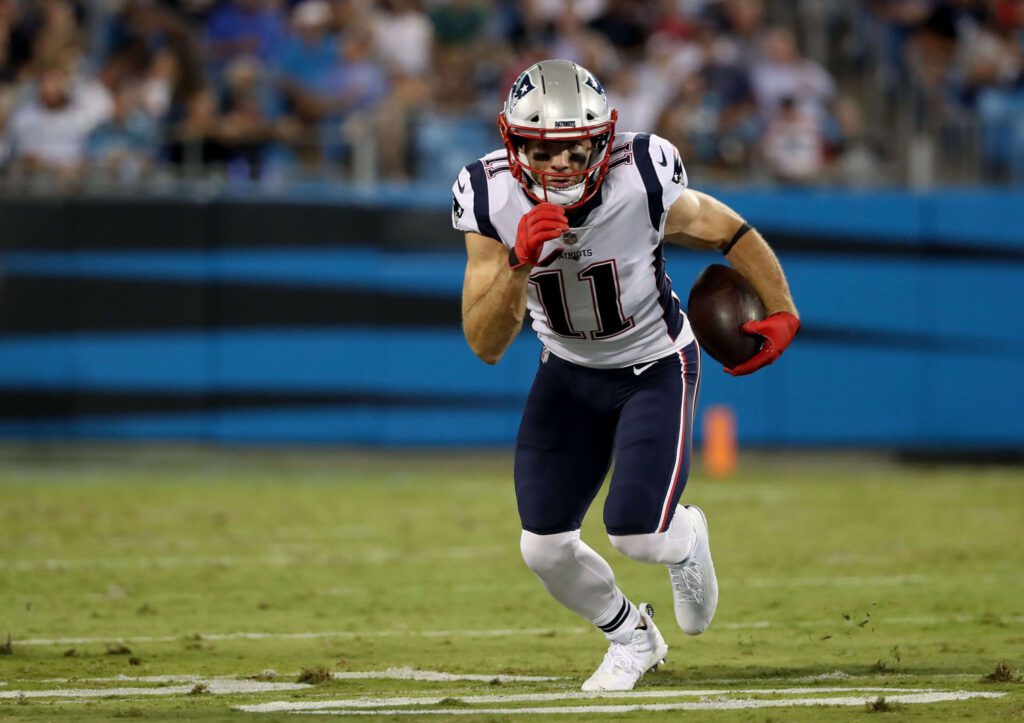 The Patriots are riding high following a 38-7 shellacking of the Miami Dolphins on Sunday.

And the good news keeps coming in Foxboro as wide receiver Julian Edelman returns from his four-game suspension in time for Thursday night’s matchup with the Colts.

Edelman will have a domino effect on the Patriots offense that should help everyone out, but the biggest beneficiary of the explosive receivers’ return will be quarterback Tom Brady.

“Yeah, I mean when he’s out there, I obviously just – I know his body language, I know his ability to get open, my confidence in him,” Brady said of one of his favorite targets. “He gets open so quick. I think that’s the thing about Julian – his explosiveness in the routes, in and out of breaks. It’s very comforting for a quarterback to see a guy get open really early in a route.”

That last point by the Patriots quarterback is the most critical part of that quote.

Edelman gives the Patriots a receiver that can get open instantly with footwork and quickness at the line of scrimmage.

The Patriots wideout can beat coverage from any alignment, as shown by the play above where he’s outside the numbers, but where the Pats have missed him the most is in the slot, where Edelman has been as good as any receiver in the league this decade.

Without Edelman or his running mate Danny Amendola this season, the Patriots rank 30th in the NFL in receiving yards from the slot receiver position (excluding tight ends). Only the Titans and Redskins are below the Patriots in that category.

In the previous 12 seasons, the Patriots accumulated over 13,000 receiving yards from slot wide receivers, which is the third-most in the NFL with the Packers and Saints marginally ahead of New England over that span (2006-20017), according to Pro Football Focus.

And as we know, the mystique of the Patriots slot receiver pre-dates the Pro Football Focus era with players such as Troy Brown and Deion Branch dominating in that role in the early part of the Patriots dynasty.

From Brown to Branch to Welker to Edelman to Amendola and now back to Edelman, the Patriots have always had a go-to slot receiver at Tom Brady’s disposal.

The slot is the epicenter of the Patriots offense. It’s the pivot position where all of the timing and option routes that make Brady so efficient stem from, and with a receiver that can get open quickly over the middle, it allows Brady to attack his favorite area of the field.

But this season, until this point, the Patriots have been forced to make it work with Chris Hogan taking on a larger role in the slot and non-slot types like Phillip Dorsett and Cordarrelle Patterson, which is why Edelman’s return is so crucial.

Hogan’s ran by far the most routes from a slot alignment among Pats wideouts, 84 to be exact, and has a measly 73 receiving yards from inside the numbers. His 0.87 yards per route run ranks 17th out of 19 receivers that have spent at least 50 percent of the time in the slot this season.

Then there’s the impact that having a receiver that can get open quickly over the middle has on the Patriots’ third-down conversion rate.

The Pats are only converting on 40 percent of their third downs this season, and that number was a mere 28.6 before a 10-15 (66.7 percent) effort against the Dolphins in Week 4.

With a healthy Edelman in 2016, the Patriots ranked fourth in the NFL with a 45.8 conversion rate with the Brady to Edelman connection having a 51.3 success rate on third down on 39 attempts that season and that was without tight end Rob Gronkowski for half the year.

Although Gronk might not play Thursday, his ankle injury isn’t severe, and when #87 and #11 do suit up together, it will be the first time they’ve done so since Week 12 of the 2016 season, a run of 31 games including the postseason without Tom Brady’s top two targets.

And this offense with a healthy Edelman, Gronk, James White, Josh Gordon and the role players filling in the rest of the pieces to the puzzle is a scary proposition for the rest of the league.