There’s No Real Reason For Patriots To Fear Arrowhead Mystique 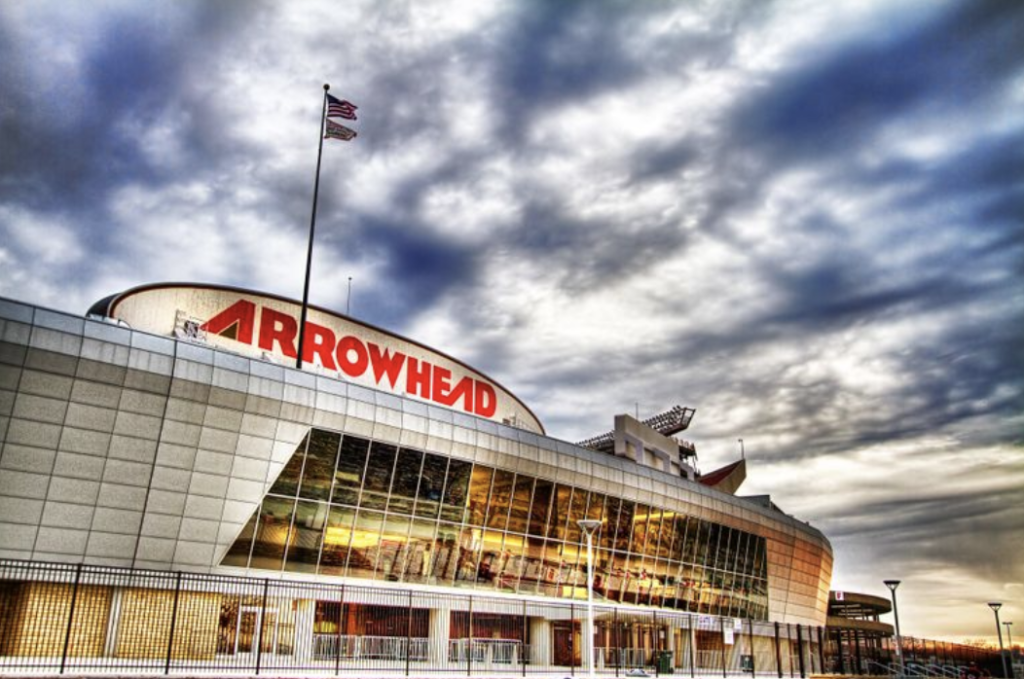 Be not afraid, Patriots fans.

Visiting teams can – and have – entered Arrowhead Stadium and walked out a playoff winner. As a matter of fact, before Saturday’s win over the Colts, the Chiefs had lost their previous six home postseason games.

The fact that the Chiefs have never hosted an AFC Championship in the 46-year history of the building should tell you something about aura versus reality.

For as loud and intimidating as Arrowhead can be when Chiefs Kingdom gets going, the home team is just 3-6 lifetime in the playoffs in the stadium that opened the year after the double-overtime thriller on Christmas night, a 27-24 Dolphins win in Dec. 1971.

Everyone recalls the 41-14 beatdown Brady and the Patriots suffered at the hands of the Chiefs in the extended preseason that is September 2014. What the Patriots are in September has always been a work in progress. Yes, that was a terrible game but to project Brady’s performance this Sunday based on that night is horribly irresponsible. But it’s fair to say Arrowhead has not been kind to Brady who is 1-2 lifetime in the venue.

In addition to the blowout in 2014, he had one of the worst games statistically of his career there in Nov. 2005, completing just 22-of-40 passes for 248 yards, one touchdown and four interceptions. His 42.5 rating that day ranks as the fourth-lowest in his 18-year career.

All that said, there’s one thing for sure this week, the Patriots aren’t about to build up Arrowhead Stadium as a Roman Colosseum.

You’re going to hear two themes all week out of Foxboro when the issue of crowd noise and winning on the road are concerned: “We’ve won before on the road” and “It doesn’t matter where we play. It’s how we play.”

That may sound trite but it’s the God’s honest truth. To wit:

“It doesn’t matter where we play, whether we play here or somewhere else in that regard,” Josh McDaniels told me on Monday. “Playing well is more important than the venue, so if we can go out there and execute what we’re doing and get out in front, then that’s always a positive regardless of the site of the game. Look, we’ve played on the road half our games and there’s noise in all the other stadiums. There’s going to be noise in this one. We know that, we’ve experienced it before. But we know how to handle that, and again, it comes down to how well we play this week.”

There’s no doubt noise will alter Brady’s ability to call signals at the line and keep an eye on the tackles Marcus Cannon and Trent Brown. They have to be alert to silent snaps and be sure to be on the same page as Brady and center David Andrews. This was the biggest factor in the 2015 AFC Championship in Denver when Von Miller and DeMarcus Ware were jumping the count all day and getting around the edges.

As pointed out in the moments after the win over the Chargers, the Patriots have won on the road in the playoffs before. And they can again. The keys for winning on the road, not turning the ball over, running the ball and not committing reckless penalties.

“It doesn’t matter any other week that we’ve played, the last game we played them or there or some other place on the road,” McDaniels continued. “What matters is how our team this week can prepare and then go out and perform and execute on Sunday night. Again, hopefully we can go out there and play our best game of the year.”

Then there’s the real potential danger of this game, and really the biggest reason the Chiefs beat the Colts last Saturday: Patrick Mahomes and Tyreek Hill. Those two got going in the first quarter and the Chiefs coasted to a 24-7 halftime lead. Ballgame. The Chiefs will make big plays Sunday but it’s keeping cool and not let the crowd impact the way you play defense.

“I can’t even put into words how important it is – just keeping your poise, playing the next play,” safeties coach Steve Belichick told me. “There’s just endless examples of things that happen that no one thought would in football games. So, you’ve just got to play the next play, live the next down and give your best.”

Actually, if you consider the mind-numbing missed 23-yard field goal from Adam Vinatieri before halftime and his subsequent missed PAT in the second half, the Colts had their chance to make a one-possession game and create more than enough recurring nightmares for Chiefs fans.

It’s well-documented by now that the Patriots defense has traveled this year on the road about as well as four-day old bologna sandwich. You leave thinking this will somehow taste good when you’re hungry on the go. Then you get to where you’re going, take one sniff and realize otherwise.

That’s been the Patriots defense for the most part this year away from Foxboro. Even in Pittsburgh, where the Steelers somehow managed to score just 17 points, they were gashed in the middle of the defense by the Steelers run game, despite a pretty heroic effort against a talented corps of receivers. The attitude we saw Sunday against the Chargers hasn’t been there away from Gillette. That’s the biggest thing that needs to change Sunday.

Bill Belichick has often built up the opponent – especially an outmatched one – but he will never build up a building. He learned very well from his old boss Bill Parcells: Give your team an excuse to lose and they’ll take it, specifically, “the worst thing you can do is give your coaches or your players an excuse for losing.”

Belichick isn’t about to do to Arrowhead Stadium what Andy Reid did to the Patriots on Monday, calling them “one of the greatest dynasties in the history of the game.”

How do things change for a team when they’re on the road? Does the crowd noise affect the calls and the timing along the offensive line?

“Yeah, I mean, we play half our games on the road, half at home,’ Belichick told me. “We’ve been in those situations, both ways, plenty of times as have all of our opponents. It is what it is. We’ll deal with the conditions as they come up just like we always do.”