Time Has Come For Bruins to Show Mean Streak Against Lightning 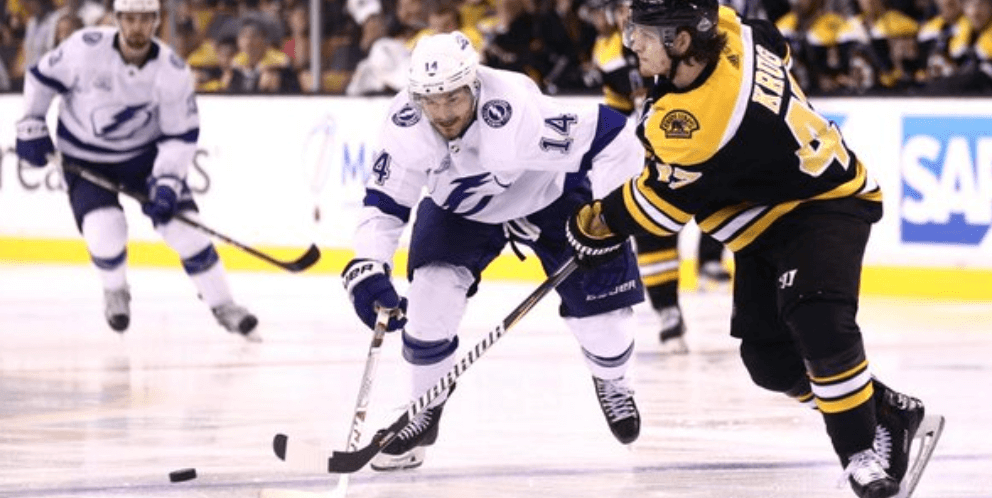 BOSTON — The Bruins know their season is on the line when they take the ice on Friday in Game 4 at TD Garden. No, it’s not Game 7 like they had against Toronto in the opening round on April 25. It’s not even an elimination game.

But down 2-1 to the speedy and talented Tampa Bay Lightning following Wednesday’s 4-1 stinker on Garden ice means the Bruins need to win to keep the series from going back to Florida’s Gulf Coast with a chance for the Lightning to advance.

That should be all the urgency they need. From the start, Friday night needs to feel uncomfortable for the visitors. The Bruins don’t need cross-checks or boarding hits after the whistle. They don’t need the admirable David Backes taking on three different Lightning players in a scrum. They don’t need any physical gimmicks Friday. They need pure energy and a will to win every puck battle, a will they showed in Games 1, 2 and 7 against the Leafs on home ice. That will certainly didn’t appear in Game 3 Wednesday.

There’s no time for Brad Marchand to complain (though justifiably so) about the incredible inconsistencies in what constitutes a slash. There’s no more forgiving Torey Krug for floating out to the boards while Anthony Cirelli stands alone in front of Tuukka Rask for target practice.

Wednesday, for whatever reason, that urgency and jump was not there from the first puck drop.

The Lightning started their most productive line of the series so far – their second line featuring Ondrej Palat, Tyler Johnson and Brayden Point. In their second shift against Boston’s third line, they took advantage of a turnover by rookie defenseman Matt Grzelcek, as Johnson found Palat all alone in front just 1:47 into the game. Just 92 seconds later, it was Palat again and it was 2-0. It was target practice and the Garden ice was a way too comfortable shooting range for the Lightning.

“We need to defend better, and part of that is intensity,” coach Bruce Cassidy said. “My estimation, urgency, pick you word. We didn’t have it. You’ve got to manage the puck first, and then once you don’t have it anymore, you’ve got to have a certain level of structure and urgency to get it back, and we didn’t. As the game went along, I think the will is there with the group; I don’t doubt that. They’re trying to be physical; they’re trying to play hard, but at the end of the day, we made some mistakes in front of our net. We’ve got to get back to, okay, what made us successful and play smart hockey, and the intensity will come. The group has a lot of will. I think we put one in front of the other, forgot to play a little bit.”

“Big start of the game for them, you know, they’re feeling good about their game – confident – playing in our building so definitely disappointing start,” Krug added. “We’ve got to do a better job at taking care of the house and get the better set that we’re looking for.”

The Bruins got a goal from Patrice Bergeron 10 minutes later to cut the lead in half but Tampa Bay got it right back. The Bruins had no ability to sustain anything Wednesday.

“We’re not supporting each other quick enough and then making the appropriate play with the puck to appear faster,” Cassidy said. “It seems like it’s getting turned over and coming back at us, so all of a sudden, now you’re chasing it all the time.

“So, we were slow at times and stubborn. I think we’ve got to manage the puck better and put it in places, and play the game in front of you instead of forcing plays against a team that can transition quick, and reload well. Once the puck gets turned over, they’re working hard to get back up ice, so we’ve got to make sure we’re making the right plays knowing that that’s happening and not get stripped and things like that that’ve been happening to us too much. Allowing them to get back in the play, turn it back over, and now we’re caught up ice and we’re out of sync.”

Friday night is a crucial game on many levels. With a win, the Bruins can ensure one more home game in the series and if you get the series to six games, a seventh game “anything can happen” scenario is not a big stretch. Lose, and the odds of winning three straight (two on the road) against a team that was the class of the East most of the season is almost too much to ask.

“It’s a big game for us,” Krug admitted. “2-2 and 3-1, it’s a way different look so we got to know that going in there that it’s almost a must win game for us. You know, get the job done and now we can go to work down in Tampa, but we can’t overlook this one.”

The Bruins can win back their disappointed fan base with a series-tying win Friday night and put an entirely different feel on a series that seems to be leaning heavily in favor of the Lightning, a team that has seen its top line do next-to-nothing in three games. Steven Stamkos scored an empty-net power play goal Wednesday night in Game 3 for his first goal of the series. J.T. Miller has one assist in the three games and Nikita Kucherov has not a single point in the three games.

The time is now for these Bruins to seize the moment they’ve worked all season for. It’s there for the taking. They just have to be a little less stubborn, a little more resilient and want to sew the seed of doubt in their opposition.