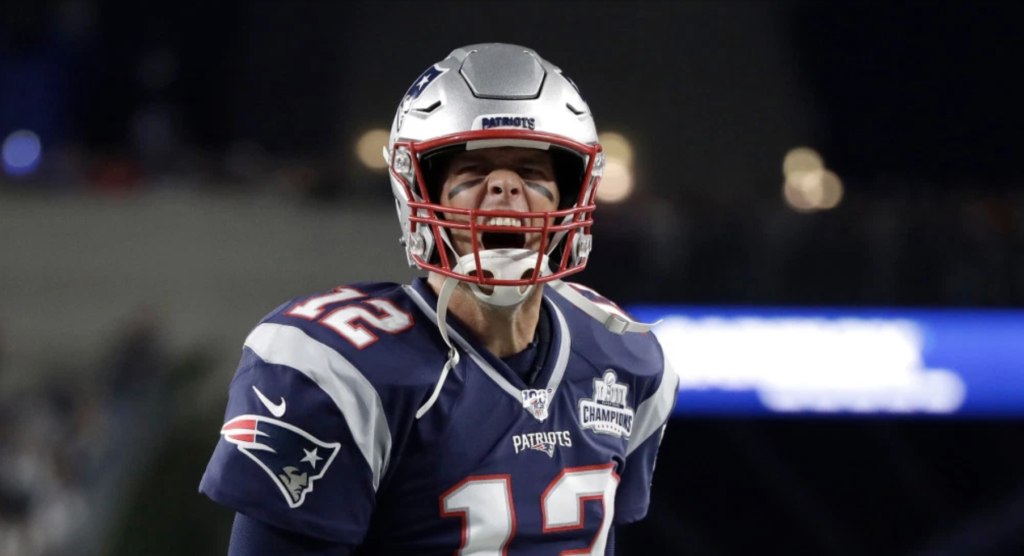 I remember the first time I really paid attention to the name Tom Brady.

It was a conversation with a team official in the week after Drew Bledsoe was injured by Mo Lewis on Sept. 23, 2001. I had been on the Patriots beat since 1993 and all I had known was the strong-armed quarterback out of Washington State. He was the partier with a big smile and bigger arm. He was fun to cover and was always good with us.

“Don’t sleep on this Brady kid,” the official told me. “Dick Rehbein loved him. They really think he has a future.”

As it turned out, Brady didn’t just “have a future,” with Rehbein’s early tutelage Brady turned into the perfect quarterback and the perfect Boston sports icon.

Dick Rehbein was the Patriots quarterback coach who helped developed the kid out of the University of Michigan. Rehbein saw that something in Brady that he thought could help the Patriots should Bledsoe go down with an injury.

That injury took place in the first game after 9/11 and Brady stepped into the void and began a career that will go down as the most decorated in NFL history. Brady came in as a back-up and the Patriots lost that game, 10-3, to the Jets. He won the next week against Peyton Manning and Colts for the first of his 249 wins (including 30 in the playoffs) and he was off and running.

Brady never had a season that didn’t end with a winning record. Only once did Brady not guide his team to double-digit wins (2002).

Brady became the first quarterback in NFL history, and just the fourth player overall, to play 20 seasons with one team. He was an 18-year team captain and led the Patriots to the playoffs 17 times, including an unprecedented nine Super Bowl appearances. He leaves with with six Super Bowl rings and a four-time Super Bowl MVP.

Brady single-handedly turned championships in Boston from surprise to expectation with his unprecedented competitive fire. Larry Bird, Bill Russell, Ted Williams, Roger Clemens, Carl Yastrzemski, David Ortiz and Bobby Orr all had their hand in establishing Boston as a legendary sports town of tradition. But with Brady, the bar was raised. It wasn’t good enough to be individually great. What mattered with Brady were the championships.

Sadly, Rehbein never witnessed the greatness of Brady in his prime or experienced the great sense of accomplishment in helping lay the foundation of the GOAT as Rehbein died on Aug. 6, 2001 from cardiomyopathy.

From 1993-2001, Drew Bledsoe was the franchise and the future in New England. That’s the primary reason Brady wasn’t drafted until the 199th pick overall in the sixth round of the 2000 NFL Draft. Then Rehbein started working with Brady in the spring and summer of 2000 and the next year in Smithfield, R.I.

“Tom was not just a player who bought into our program, he was one of its original creators,” Belichick said in a statement Tuesday after Brady announced his departure on Instagram. “Tom lived and perpetuated our culture. On a daily basis, he was a tone setter and a bar raiser. He won championships in three of his first four years on the field and in three of his final six seasons with us, while competing for championships in most every season in between. This is a credit to Tom’s consistency and what separates him. He didn’t just perform. He didn’t just win. He won championships over and over again.

“Tom and I will always have a great relationship built on love, admiration, respect and appreciation. Tom’s success as a player and his character as a person are exceptional. Nothing about the end of Tom’s Patriots career changes how unfathomably spectacular it was. With his relentless competitiveness and longevity, he earned everyone’s adoration and will be celebrated forever. It has been a privilege to coach Tom Brady for 20 years.”

Brady’s last press conference as a member of the Patriots came late on the night of Jan. 4, 2020, following the 20-13 AFC wild card loss to the Tennessee Titans at Gillette Stadium. His last pass was intercepted by Logan Ryan and returned for a touchdown. But that is just a footnote in the greatest legacy any Boston athlete has created in the last half-century in Boston.

While Belichick always maintained the ideal relationship between coach and quarterback, to team owner Robert Kraft, Brady was more than just a quarterback, he was the key to unparalleled success in the NFL, on and off the field. Brady, whom Kraft considers a fourth son, helped take the Patriots to unprecedented heights.

“How do I possibly sum up the depth of my gratitude to Tom Brady for what he’s given us these past 20 years, or the sadness I feel knowing it’s ending? I love Tom like a son and I always will,” Kraft said. “He has brought so much happiness to me personally and to all of our fans. I had hoped this day would never come, but rather that Tom would end his remarkable career in a Patriots uniform after yet another Super Bowl championship. Unfortunately, the two sides were unable to reach an agreement to allow that dream to become a reality. While sad today, the overwhelming feeling I have is appreciation for his countless contributions to our team and community.

“When Tom arrived in New England as an unheralded, sixth-round pick, no one could have imagined the fairytale story that would be written, the records that would be broken or the joy he would bring to an entire region. He leaves 20 years later as the winningest quarterback in NFL history with six Super Bowl victories, nine AFC titles and 17 division championships. He has been an exemplary teammate and leader. There simply will never be another Tom Brady. I now look forward to the day we can bring him back home to New England to celebrate his Patriots career, his endless achievements and his legacy as the greatest of all time. I love him very much.”

As Tom Brady leaves New England, Dick Rehbein is someone foremost in my memory, the man who inspired Bill Belichick to take a chance on Brady in 2000, and worked with Belichick to transform Brady from a good college quarterback to the most intense competitor Boston or the NFL has ever seen.

“Examples of Tom’s greatness are limitless, going back even before he was drafted,” Belichick said. “We witnessed how he prepared when he wasn’t playing, how he performed when he got his opportunity, what he did to continuously improve, his leadership, his mindset, the example he set, and, of course, the person he is. I am extremely grateful for what he did for our team and for me personally.

“Sometimes in life, it takes some time to pass before truly appreciating something or someone but that has not been the case with Tom. He is a special person and the greatest quarterback of all-time.”

As Brady announced on Instagram on Tuesday, he still has a future, it just won’t be in New England.