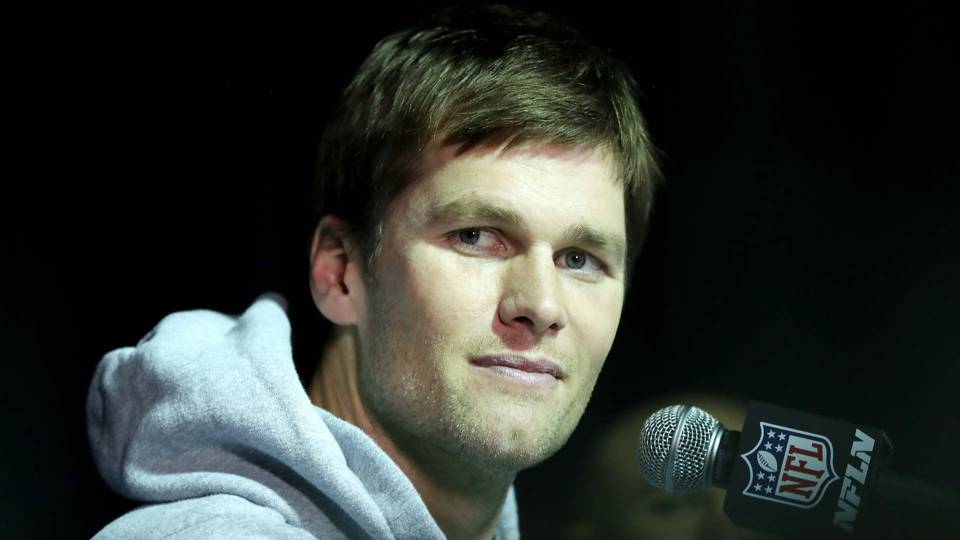 MINNEAPOLIS — Tom Brady became the oldest recipient of the NFL Most Valuable Player award when it was announced Saturday night at the NFL Honors at the University of Minnesota.

At 40 years of age, Brady appears to be getting better with time.

Brady led the Patriots to a 13-3 record and the No. 1 seed in the AFC, throwing 32 touchdowns and just eight interceptions while throwing for 4,577 yards, the most ever by a quarterback 40 years old. The seven years between MVP wins is an NFL record. Peyton Manning, who won five, twice captured the honor separated by four years.

Brady then engineered a win over Tennessee in the AFC divisional round before orchestrating a dramatic fourth-quarter comeback against Jacksonville in the AFC Championship on Jan. 21 at Gillette Stadium.

Brady finished third in the balloting for NFL Offensive Player of the year, behind Todd Gurley and Antonio Brown.

While it was a great night for Brady, who pre-recorded his acceptance speech, it was another year of disappointment for Ty Law. The Patriots corner was denied again in his quest for the Hall of Fame due to a stacked class.

Fell short this year for the 2018 HOF class but very appreciative and humbled to be apart of the conversation and consideration congrats to the 2018 class, well deserved!!! #HOF2018

Another former Patriot did make it easily as Randy Moss was selected in the town where he began his legendary career. The receiver set the NFL record for single-season touchdown receptions with 23 in 2007. Joining Moss is Terrell Owens, the receiver who played with a broken leg and injured ankle ligament in Super Bowl XXXIX.

Ray Lewis, drafted by Ozzie Newsome on the recommendation of Bill Belichick in 1996, joins the 2018 class with another linebacker Brian Urlacher. Eagles safety Brian Dawkins earned his way in as well Saturday, as did Jerry Kramer, the right guard who famously threw the block that sprung Bart Starr into the end zone for the game-winning touchdown in the 1967 “Ice Bowl”.

It was family day at the Super Bowl as the Patriots took part in their customary tradition of allowing friends and family of players to take pictures on the Super Bowl field the day before the big game. Tom Brady’s parents, Gisele and brother-in-law Kevin Youkilis were all in attendance with their family.

Several thousand Patriots fans turned out in the bitter cold Saturday afternoon outside Super Bowl LIVE in downtown Minneapolis to rally for the team. Several members of the Patriots’ injured reserve turned out for the rally in the wind, snow and cold.