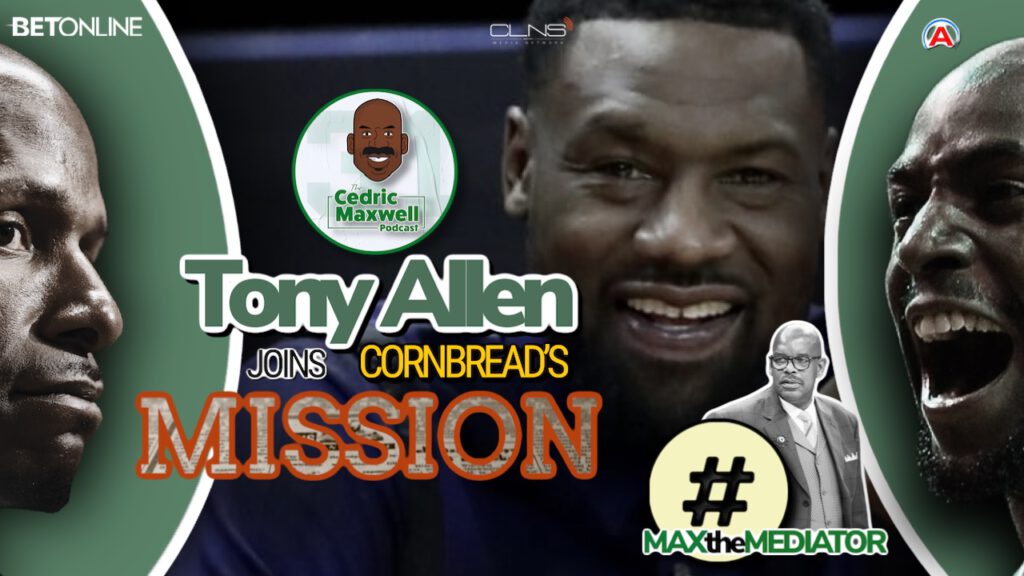 Tony Allen still receives texts from his two former teammates least likely to message each other. He joins Ray Allen at his July 4 event each year. Kevin Garnett and Tony catch a workout regularly — though not these days.

Tony provided context for the feud that continues to divide two of basketball’s legends from the 2008 championship. Ray Allen and Doc Rivers weighed in recently on Ray’s absence from reunion gatherings, with Ray revealing it is unlikely he attends Garnett’s retirement ceremony. Cedric Maxwell hosted Tony on CLNS Media to provide perspective on their feud.

“I heard both sides,” Tony said. “Some guys felt (Ray) should’ve holla’d at them before he left, but we all know how tricky this business is. Upstairs management, he probably didn’t see eye-to-eye with them and then turmoil with the teammates just gave him enough in his mindset to say I’m just as good enough to play with some of these other talented players which was the upcoming LeBron and Dwyane Wade guys … I’m not mad at him, I’m pretty sure Ticket ain’t mad at him, but we definitely need to get some type of reunion going.”

The Grizzlies provided a platform for Tony to craft his own legacy as an all-time great defender following two NBA Finals trips with the Celtics. Memphis offered a third year and opportunity that Danny Ainge wouldn’t, though recently Ainge revealed losing him as a regret. Allen believes the Celtics would’ve had a better shot against the Heat with him.

He carried what he learned to Memphis to instill a “Grit-n-Grind” culture alongside Zach Randolph and Marc Gasol. His teams tortured powerhouse Thunder and Warriors squads and reached the West Finals in 2013. The Grizzlies plan to retire his No. 9.

Garnett helped craft his mentality in Boston. Allen told Max about how often the Big 3 took younger players like him aside. Garnett purchased them Louis Vuitton bags, purses and toiletries. The goal, Allen said, was to take care of his teammates so they’d do the work and provide the energy he needed alongside him to win.

Allen still watches the 2008 champion DVD each month and awaits the reunion that’s overdue. Like any feuding family, he expects Allen and Garnett to be there for each other when urgency calls. The ego prevents that now, where they’ll say they have no problem and that prevents the needed conversation. If they went out for golf or any activity, he said, the feud would be done immediately.

“You look at all these other championship teams that come back, reunite and things of that nature,” Allen said. “The public eye really want to see you together, really want to see y’all in a picture together if anything. Just to kill all the noise for people like us to just stop even talking about it. I can’t wait for one of those boys to have a dinner and it’s gon’ crack … I just think we need to do that, make that happen, somebody set that up and nip it in the butt man.”