One of the most well-known sports leagues in the world is the NBA. Fans love to support their favorite teams, and there are some teams that have more fans than others. In this blog post, we will rank the top NBA teams with the most fans. Keep in mind that these rankings are based on fan popularity, not on how good the team is. Let’s get started! 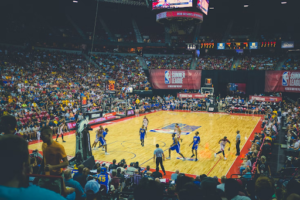 The NBA’s Golden State Warriors are among the league’s most well-liked teams. They have a large fan base that spans across the globe. The Warriors have won three NBA championships in the past four years, and they are currently the defending champions. Due to their success on the court, fans love to support them.

The Warriors are one of the most marketable teams in the NBA, and they are always looking to expand their brand. If you are a fan of the Warriors, then you are in good company. There are millions of fans who support this team. Lots of fans even use an NBA app to keep up with the Warriors. The Warriors are a team that always seems to be in the news, whether it is because of their success on the court or their off-the-court antics.

One of the most well-liked NBA teams is the Los Angeles Lakers. They have a large fan base that spans across the globe. The Lakers have won sixteen NBA championships, which is the most in NBA history. Due to their success on the court, fans love to support them.

The Los Angeles Lakers are a top team in the NBA with a large fan base. Their fans support them through thick and thin. And the LA market is always bringing in big sports names. The fans are usually spoiled for talent on the Lakers. So, it is no wonder that the Lakers are one of the most popular teams in the NBA.

The Cleveland Cavaliers are one of the most popular NBA teams. They have a large fan base and are always competitive. The team won the NBA Championship in 2016. LeBron James is one of the best players in the world and he played for the Cavaliers. Kyrie Irving is another great player that used to play for them. The Cavaliers are always a fun team to watch.

With the acquisition of Donovan Mitchell this off-season the Cavs look to be even more dangerous. They have one of the best players in the league and a young up-and-coming star. The Cavaliers are a team that you do not want to miss. Make sure to catch them when they play this season. You will not be disappointed. 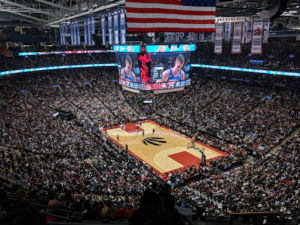 This is mostly thanks to Michael Jordan, who is considered by many to be the greatest basketball player of all time. Jordan helped lead the Bulls to six championships in the 1990s, and his fans remain loyal to the team to this day. The Bulls are a dynasty, and their fans are some of the most passionate in sports.

Even when the team is doing badly the loyal fans don’t give up on them and that is what makes the Chicago Bulls one of the best teams in the NBA with some of the most passionate fans. So if you are looking for a team to support, look no further than the Chicago Bulls. You won’t be disappointed.

In conclusion, the Warriors, Lakers, Cavaliers, and Bulls are the most popular teams in the NBA. They all have large fan bases that support them through thick and thin. If you are looking for a team to support, any of these teams would be a great choice. You will not be disappointed.