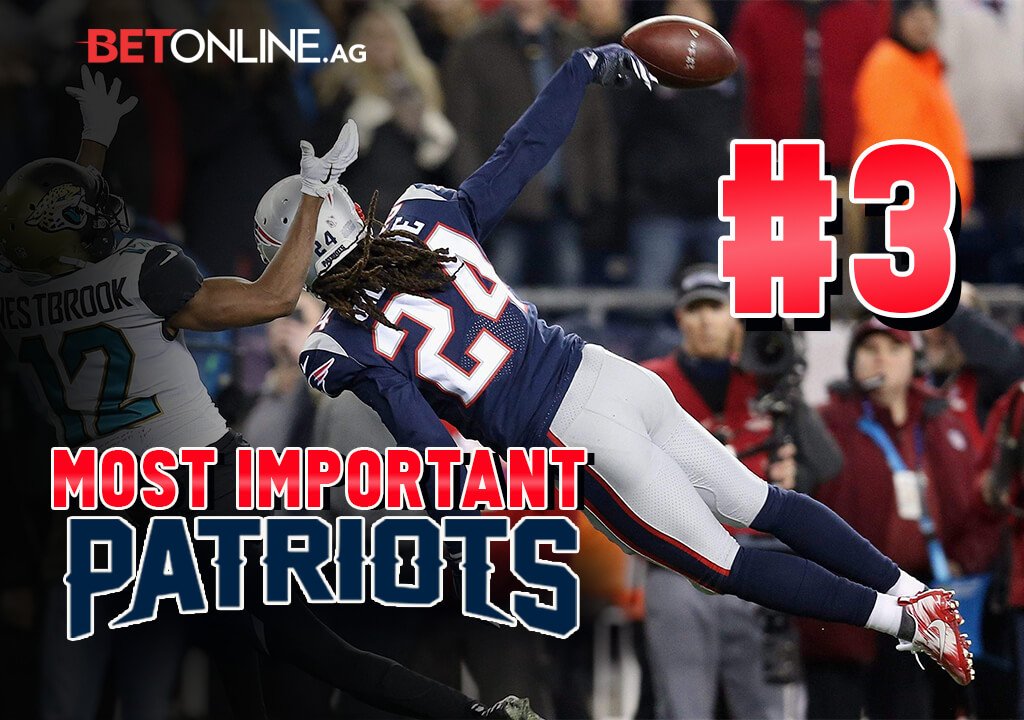 Number three, Stephon Gilmore: the best cornerback in the NFL a year ago could have easily been number two on my list, but he’ll have to settle for the third spot.

The numbers Gilmore put up last season were utterly absurd; he allowed the lowest completion rate into his coverage among qualified corners (44.0), led the NFL in forced incompletions (29) and allowed a stingy 0.72 yards per coverage snap (fifth among corners).

By seasons end, the Patriots’ number one corner shut down some of the league’s premier wide receivers with little safety help.

Gilmore held a gauntlet of Pro Bowlers including DeAndre Hopkins, Antonio Brown, Davante Adams, and Allen Robinson plus two up and comers in Stefon Diggs and Sammy Watkins to 123 yards combined and zero touchdowns (21 yards per game).

Six top-flight NFL receivers and none of them surpassed 50 yards in a game against Gilmore averaging only 4.2 yards per reception with Gilmore in coverage.

Gilmore gives the Patriots all kinds of freedom in the secondary with their extra defenders because of his ability to take just about any receiver in the league on an island.

For example, in New England’s matchup against the Pittsburgh Steelers a year ago, the Pats gave extra attention to JuJu Smith-Schuster with Gilmore one-on-one for the majority of the game on arguably the best receiver in the NFL, Antonio Brown.

On this play, the Patriots are in man coverage across the board with J.C. Jackson on Smith-Schuster at the top of the screen, and Gilmore matched up with Brown on the bottom. The Patriots then roll safety Devin McCourty over the top of Smith-Schuster’s route to help Jackson, leaving Gilmore on an island with Brown. Gilmore shows excellent patience at the line of scrimmage, gets Brown to release inside and runs stride for stride with the All-Pro receiver on a go route forcing a tough throw for Big Ben.

Gilmore is an incredibly gifted athlete, allowing him to stay patient at the line of scrimmage and trust his technique.

Here’s where Gilmore is at his best: press-man coverage against Bills breakout star Robert Foster. First, notice Gilmore’s patience at the line of scrimmage to stay square and maintain his inside leverage. He never panics, which helps him match any release and also usher the receiver in the direction that he wants him to go. Once Foster commits to an outside release on the fade, you see how quickly Gilmore flips his hips and gets into Foster’s hip pocket. He drives Foster up against the sideline, carries him vertically, and since he has such great positioning, he can turn to locate the football to break up the pass from Josh Allen.

Against Pro Bowler Davante Adams, Gilmore was ready for the Packers to try a double-move at some point in the game since he saw Adams burn Rams CB Marcus Peters a week earlier.

This time, Adams tries to get Gilmore to bite on an out-and-up, selling a ten-yard out before breaking up the sideline. Gilmore doesn’t fall for Adams’ tricks and is in perfect position to make a play on the ball. Adams actually prevented Gilmore from intercepting the pass.

The 28-year-old was an easy choice for first-team All-Pro honors a year ago, and he’s by far the Patriots’ most valuable defender.