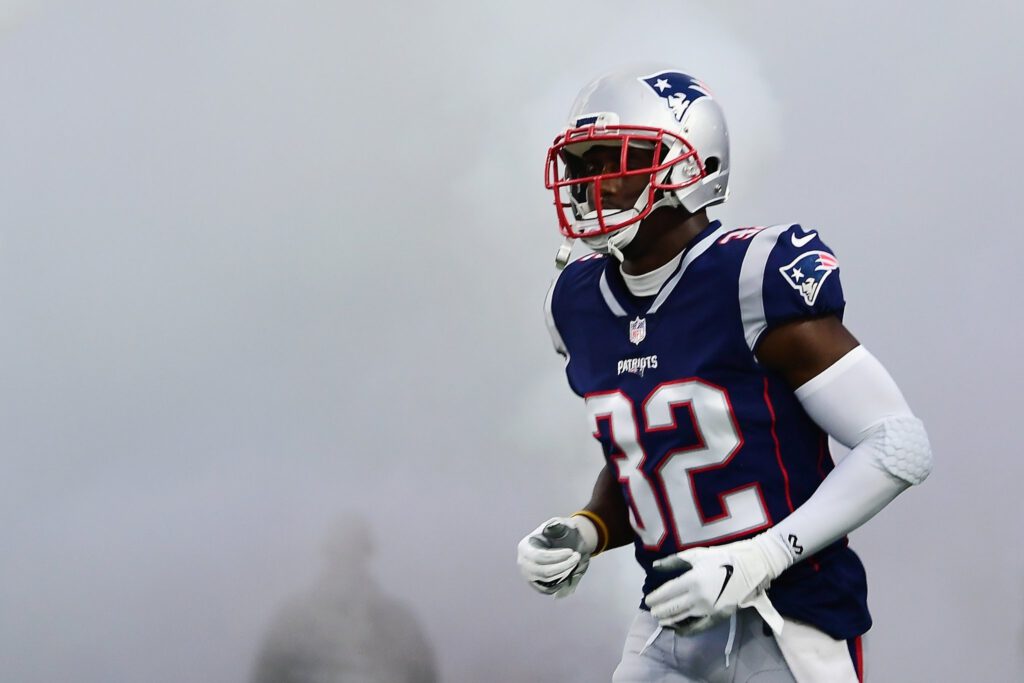 Number four, Devin McCourty: there are only four players that are longer tenured Patriots than Devin McCourty and two of them play special teams.

Only Brady (duh), Stephen Gostkowski (2006), Matthew Slater (2008) and Julian Edelman (2009) arrived in Foxboro before the Patriots drafted McCourty with their first-round pick in the 2010 draft.

With that experience and tremendous leadership skills, McCourty is the unquestioned leader of the Patriot secondary.

Mostly a free safety, he’s also the “chess piece” that Bill Belichick deploys on the backend to prevent big plays to the opponents top playmakers.

And there are a few primary ways that Belichick will use McCourty on any given week:

Post safety/”rat” safety – the Patriots are mostly a single-high or post safety defense. They rely heavily on coverages such as cover-1 and cover-3. McCourty sometimes plays as the post safety in centerfield or shaded to one side to give extra attention to a dangerous receiver. There’s also the “rat” or “robber” that with a seven-man coverage is a free player that can roam the middle of the field looking for interceptions. The Patriots will use this player to jump routes on his own or cut off things like crossers over the middle.

On McCourty’s pick-six against the Bills, he’s in the robber role as the Patriots baited Derek Anderson into the interception. McCourty holds his position for long enough to convince Anderson that he’s a half-field player in a two-high safety defense, and Chung let’s tight end Charles Clay get a step on him out of the slot. The issue for the Bills was that McCourty didn’t stay deep and jumped Clay’s route taking it back to break the game open.

Brackets/doubles – the Patriots will also use McCourty to double team or bracket certain receivers. They’ll usually do this on an opponents number one receiver on the level of a DeAndre Hopkins, or in the case below, Tyreek Hill, but sometimes the number two receiver will get the bracket, and Stephon Gilmore will take the top guy.

In the AFC Championship Game, the Patriots bracketed Hill with a combination of Jon Jones and McCourty holding him to only catch for 42 yards. In these brackets, the Patriots will either have the corner and safety play high-low or sides. On the play above, the Patriots dialed up a cover-zero blitz with a five-man pass rush, and McCourty and Jones bracketed Hill at the top of the screen. This time, the Pats play it high-low with Jones in a trail technique and McCourty covering against the deep ball. The inside twist works up front, and Mahomes has to hold the ball with his first read, Hill, taken out by the double, and Kyle Van Noy sacks the Chiefs quarterback.

Cornerback – although he’s primarily a safety, McCourty, a former corner, will come down and play man-to-man in certain matchups. He’ll typically take a tight end in the slot, but draws the occasional matchup against a wide receiver.

Here, the Patriots have McCourty replace Patrick Chung in man coverage on Antonio Gates so that Chung can blitz Philip Rivers. Chung is head-up on Gates before the snap and then passes him off to McCourty behind him with the linebackers twisting up front. With no running back in to protect the quarterback, Chung gets to Rivers forcing a poor throw, and McCourty breaks up the pass with good coverage on Gates.

Those are just a few examples of how McCourty makes an impact on the Patriots defense, and although he got off to a slow start last season, the 31-year-old can still flat out play.

By the end of the season, he rose up to 11th in Pro Football Focus’ safety rankings.

And as a leader and human being, they don’t make them much better than Devin McCourty