After 22 incredible seasons, Tom Brady has announced his retirement. 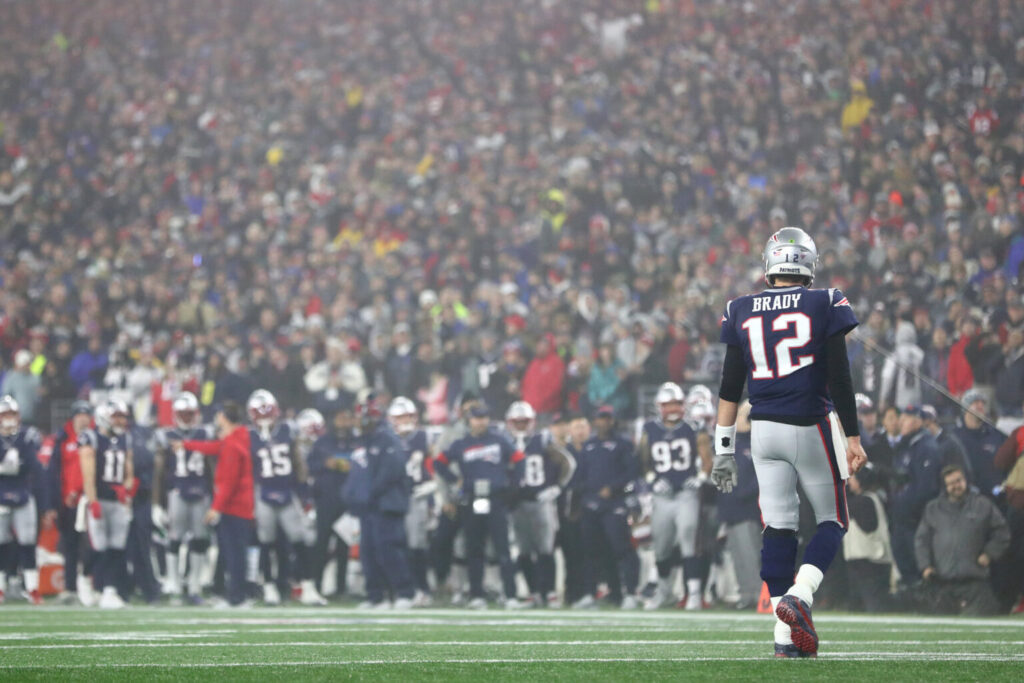 Tom Brady is retiring from football after 22 extraordinary seasons, multiple sources tell @JeffDarlington and me.

He is the undisputed GOAT, and the game of football will never be the same without him.

I did have a feeling that this was the end of the road for Tom Brady (read HERE), but nevertheless, the shock is still real. Here’s a top ten list of Brady’s best moments of his career. Thank you for everything, Tom.

We had so many of these game-winning drives from Tom Brady over the last 22 seasons, but this one was truly special. I’m not sure if it was the afternoon aura, the fact that Austin Collie and Aaron Dobson were catching passes on the drive, or if it was Scott Zolak’s “unicorns, show ponies, where’s the beef?” radio call on 98.5 The Sports Hub, but this game has always stood out from the rest.

It showed us that no matter what the circumstance, no matter who was around him, or how far back they were against the wall, you could never count Tom Brady out.

The Tuck Rule game in 2001 is what jumpstarted the Patriots immaculate run. One could also realistically argue that if the call had gone the other way, Brady would have returned to the bench and Drew Bledsoe would have been back behind center in the Fall of 2002.

But he was throwing the ball, of course! The pass was incomplete, the Patriots won the game, and here we are – drooling over Brady’s career 22 years later.

Sure, they didn’t finish the season unbeaten, but this is why this moment is all the way back at number eight. The Patriots 16-0 regular season in 2007 is still without a doubt one of the greatest feats in NFL history.

Tom Brady threw 50 touchdowns (a record at the time), Randy Moss hauled in 23 of them (still an NFL record), and the offense as a whole scored a then-record 583 points. They were unstoppable, and only the Tom Coughlin-led Giants could do anything about it.

It may give you a bad taste in your mouth thinking about the Super Bowl loss, but this regular season was still incredible and absolutely deserves a spot on this list.

Some may forget this game due to the fact that the Patriots lost the Super Bowl to the Philadelphia Eagles two weeks later.

The Patriots were down 20-10 with just over eight minutes left in the game, and it looked like the Jaguars and Blake Bortles were on their way to the Super Bowl.

Of course – Tom Brady was not going to let this happen. New England rattled off two touchdowns drives, both ending in Danny Amendola touchdowns, and went on to play Philly in the championship. Although they didn’t come away with a title, Brady ended up throwing for over 500 yards, and was ultimately a Matt Patricia-led defense away from winning the whole thing that season too.

This was the cap on the first Patriots “dynasty”. It separated the men from the boys – and made Tom Brady an all-time great at the young age of 28.

I am fully convinced that he could have retired after this Super Bowl win and would have still been a first-ballot Hall of Famer.

Instead, what did he do? Oh yeah –  won four more rings and became the NFL’s all-time leader in every passing stat imaginable.

The AFC Championship game that got them there however, was all-time. The Patriots went up 14-0 on Kansas City in the first half before Patrick Mahomes and the Chiefs made it a game. It was then a back-and-forth battle until the end, with completion after completion to Julian Edelman and Rob Gronkowski. New England then got the ball to start overtime and sealed the deal.

The late and legendary John Madden’s call of the Patriots game-winning drive in Super Bowl 36 encapsulates everyone’s feeling about Tom Brady from the moment he stepped on an NFL field.

“He doesn’t have the arm strength.”

Nonsense. He’s Tom Brady. He’s the GOAT, and that’s all there is to it. He silenced the haters against the greatest show on turf, and continued to do so for 20 more years.

They are, of course,  both the GOAT in their respective categories – but in terms of meaning to the Patriots dynastic run, Brady takes the cake.

He left New England during a pandemic, learned a new scheme and players tendencies on Zoom calls, and rummaged through the NFC and the heir apparent to his throne with ease – earning a seventh Super Bowl title with Bruce Arians as his head coach and throwing touchdowns to the corpse of Rob Gronkowski. Talk about a chef’s kiss.

Tom Brady’s greatness in this game is overshadowed by Malcolm Butler’s game-sealing interception. And probably rightfully so.

However – that shouldn’t get in the way of the fact that Brady threw for 328 yards, four touchdowns, and brought New England back from down 10 points to even have a chance to win the game.

This was the start of dynasty two, and is the reason why Brady even played until 2021. If this had gone differently in Arizona, his career path could have gone in a completely different direction – especially because Jimmy Garoppolo was waiting in the wings.

The “28-3” game truly speaks for itself. It is widely regarded as the greatest NFL football game of all time, and is without a doubt the greatest game played in Tom Brady’s career.

There was so much triumph, tribulations, and toughness exhibited in this game specifically, and during this season as a whole. From a four game suspension, to a mother battling cancer, Brady truly did not give up.

This game exemplifies his career – he is the greatest of all time, and we will never see anything like it.