Torey Krug Is Going To Get Paid, But Probably Not By Bruins 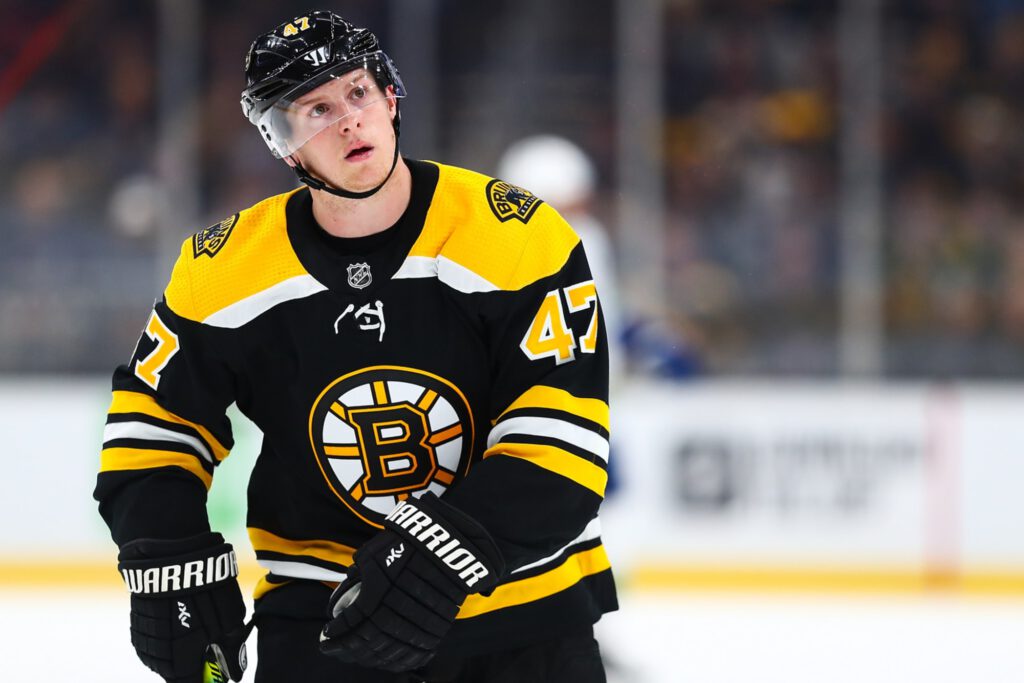 Torey Krug has been undersold his whole life.

He went undrafted in the USHL. He wasn’t drafted to the NHL. Once signed by the Bruins and in the NHL, he showed signs of becoming an elite, offensive defenseman, yet there was one factor always holding him back from the team extending a long-term commitment: his size. At 5’9” and still young, the Bruins gave him two consecutive one-year deals for 2014-15 and 2015-16.

Prior to the 2016-17 season, the Bruins gave him a four-year, $21 million contract, which was on par with his value. Since the start of the 2017-18 season, Krug’s 161 total points rank him sixth among defensemen, pricing him well past his current average annual value of $5.25 million.

The four years on that deal are now up and Krug is well aware of his value. He’s ready to be paid like it.

“I’m very opposed to that,” Krug said of potentially taking another one-year deal. “I’ve bet on myself and I’ve taken shorter term deals and less amounts of money my whole career now. This is my time in terms of my value being at its peak and I’m in a position now where I need to make the most of it. I’m very opposed to something like that.”

It’s been clear since last year’s exit interviews that Krug wanted to remain in the Hub. He’s been very outspoken about his love for the city. You wouldn’t name your dog Fenway if you didn’t love Boston.

But at 29 years old with a wife and young daughter, Krug is ready to cash in. He’s looking for stability on his next contract and it’s far from a guarantee the Bruins can be the ones to provide that for him.

With the salary cap now flat, the Bruins currently have $15.5 million in wiggle room to re-sign RFAs Jake DeBrusk and Matt Grzelcyk, and UFAs Zdeno Chara and Krug. It’s thought that Krug could get anywhere between $7-9 million per season and it’s difficult to imagine the Bruins being able to swing that.

“The contact was very few and far between for whatever reason,” Krug said of contact with Don Sweeney during the season on a new deal. “It is what it is. As far as what it looks like, I don’t really know what the future holds in terms of the coming weeks and free agency isn’t until about a week after the season ends in terms of the Stanley Cup being awarded. We’ll see. I guess there’s a lot of time between now and then and I’m not really sure what the future holds. Willing to sit back and see what happens here.”

Krug has spent all eight seasons of his professional career with the Bruins. For him, it’s been a bit disheartening to see the team he’s given almost a decade to not pull out all the stops to get a long-term deal done.

“I’ve done seemingly everything they’ve asked of me and I’m proud of that,” Krug said via Zoom Thursday morning. “I’ve put all my energy into trying to help this team win games and win championships. We’ve come close twice now and unfortunately it wasn’t in the cards for us…There’s an emotional attachment I think. That’s a mistake that a lot of athletes get caught up in when they start their professional careers. There’s nothing personal about it. It’s business on both ends.

“Teams have to put the best team forward spending certain amounts of money and athletes have one shot at making all their money in their career whether you play one to two, three years in the league, up to 10 to 15 years, you have one shot to do it all. I realize that. It is what it is. There’s definitely an emotional attachment. Ive been very outspoken about it. My teammates know it, everyone knows it. It’s part of the business. It stinks.”

It is part of the business, which is why the Bruins have approached inking Krug to a long deal with caution. Along with not having a ton of cap space, Krug’s almost 30 years old. Historically, offensive production takes a u-turn for defensemen in their mid-thirties. Those 50-point seasons can turn to 20-point campaigns rather quickly.

Along with that, the Bruins will experience serious roster changes in the coming years. Chara, 43, still wants to keep playing, but is expected to hang up the skates within the next year or two. David Krejci, 34, and Tuukka Rask, 33, will both be unrestricted free agents after the 2020-21 season. Patrice Bergeron, 35, will enter free agency the year after.

“I think it’s very tough to kind of forecast two, three, four years down the line and try and understand what that fit will feel like then because players move on, coaches move on,” Krug said.

Let’s say Krug re-ups with the Bruins for an eight-year deal. Five years into those eight years, it’s very likely Chara, Krejci, Rask and Bergeron will all have played their final games in Boston, potentially meaning the Bruins are in the midst of a rebuild.

By then, Krug and the Bruins will have very different goals.

“I think I’ve seen something before where I’m the longest tenured Boston athlete without a championship and that’s extremely frustrating because every year here, there’s a team that’s going on a run or winning a championship and you want to be part of that culture, that group of athletes that brings athletes to the city,” Krug said. “It’s part of it. The two finals, haven’t been able to come through now, both seemingly ended with extreme disappointment, being so close yet feeling so far away from getting it and then you have to restart from ground zero just to do it all over. The energy and the amount of time and the people required to go on a long run like that — it’s tough to manage and tough to put it together again.”

It is extremely tough to put that all together again and it’s no longer a guarantee that will happen for him in Boston. It’s also tough to envision other Krug destinations becoming Stanley Cup contenders while he’s still in his prime. Most competitive NHL teams don’t have a lot of freedom to make moves due to the flat cap.

The one team who has the space and personal connection to sign Krug is the Detroit Red Wings. Krug is a Michigan native and the Wings have roughly $34 million in cap space this offseason. Yes, they may not be competitive for the next few years. But head coach Jeff Blashill could play an essential role in luring the offensive dynamo back home — he was the one who gave Krug his first shot in the USHL with the Indiana Ice.

“I love Torey,” Blashill said back in November of 2018. “Torey’s one of my favorite players I’ve coached, I’ve ever coached. You want to talk about big plays at big moments, for me, he’s, I’ll use the term baller. He’s a baller. When the game’s on the line, he’s got ice in his veins. He knows how to make plays. I knew him as a 15-year-old when he was very, very short at that time. I remember him and Cam Fowler bouncing around a select festival, a Michigan select festival, and he was running the show and he’s this little guy. Then I saw him three years later as an 18-year-old, was able to get him on my team in Indy, and we won a championship there.

“I can’t say enough good things about Torey. He’s a great person, plays with an edge. I like him a lot.”

So, yeah. Safe to say Blashill will make a large push to get Krug on his team once again.

Still, Krug feels as though there’s more to give in Boston. He wants to stay a Bruin and win his first Stanley Cup with this core group he’s been with for so long.

“We definitely feel like there’s unfinished business,” Krug said. “We feel every year that we start training camp, we have the team and the group that has the ability to go back and do it again and eventually lift the Stanley Cup. This core group of guys, and the supporting cast around it — we get excited at the chance of winning every single year. We obviously feel there is unfinished business there.”

There is most certainly unfinished business. But as free agency gets closer and closer, it’s hard to imagine Krug will be part of that “we”.