Tough to Blame Tuukka Rask, But Legacy With Bruins Will Take a Hit Either Way 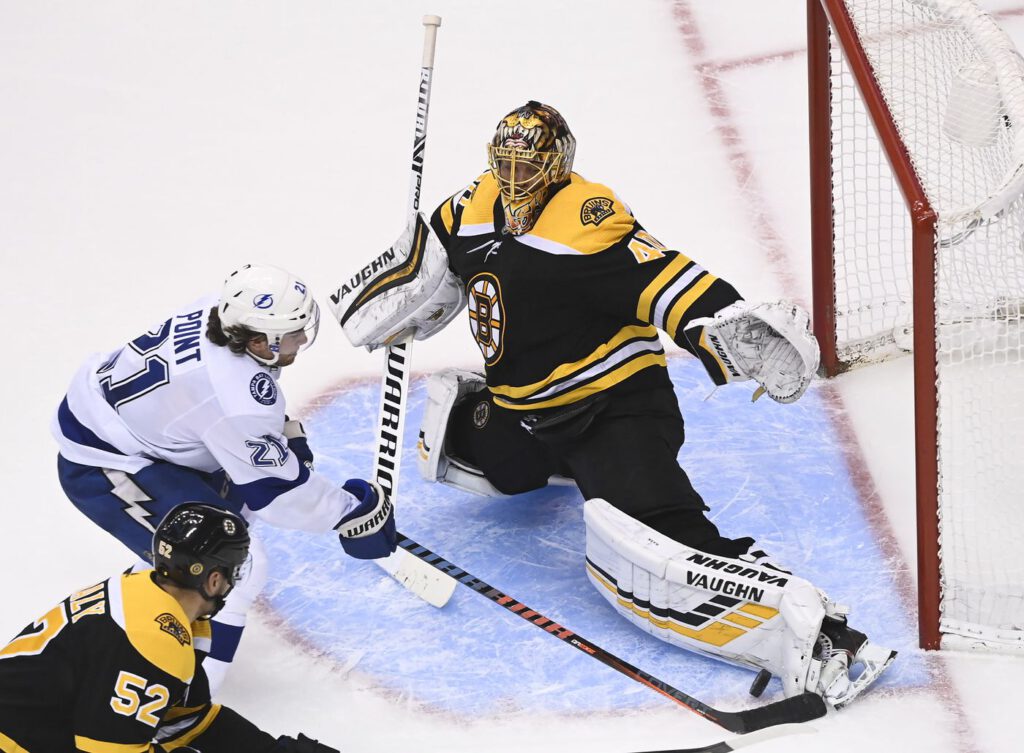 What we do know is that it was to be with his family. The 33-year-old has three young daughters, one a newborn. They are more important than hockey. That is a fact.

As important as it is to make a run at a Stanley Cup and stick with your team throughout the quest for it, family does come first, and that’s exactly the decision Rask made early Saturday morning right before Game 3.

“We understand completely where Tuukka is coming from,” Don Sweeney said prior to Game 3. “I don’t think it’s any big surprise to us to be honest with you. We’re privy to information maybe before the rest of the public is, and this has been a difficult decision for Tuukka, but the Boston Bruins are in full support of why he made this decision.”

The Bruins who spoke after Saturday’s 3-1 win echoed the same sentiments.

“Obviously our first concern is the health and safety of his family,” captain Zdeno Chara said via Zoom after the win. “That’s the most important thing we were all kind of thinking about and obviously we support Tuukka’s decision. There is nothing more important than your family. You know at this point we want to make sure that everybody else respects his privacy and I think we all just want to wish his family the best and that’s it.”

The one odd part of the whole Rask ordeal was how he told the organization and how Cassidy and the team found out.

Cassidy heard through Sweeney and team President Cam Neely, who Rask spoke to directly. The team was told as they boarded the bus to head to the arena for Game 3.

“It is a bit of a shocker at first,” Cassidy said of finding out. “It’s you’re starting goaltender that’s a terrific goaltender, but again Jaro we have faith in and so it’s a pretty simple sort of mindset to get in. He’s our guy, start getting [Dan] Vladar or [Max] Lagace ready in case something happens to Jaro is the next challenge. And no that’s it. We play and kind of sort through it after the game, here we are, and so I’m sure we’ll have some discussions about if we have to change anything.”

Was it abnormal for Rask to not directly address the team about his departure? Yes. Does that invalidate him and his decision? No.

Despite the Bruins having the right mindset, some fans, followers of the team and certain pundits will have a much different reaction to this.

They will put this situation in with the 2010 series against the Flyers, Game 6 in the 2013 Cup Final, not playing the final regular season game in 2016 and Game 7 in the 2019 Cup Final. You’ve heard all the arguments for why those incidents were Rask’s fault. Outside of 2016, it’s hard to find any real, strong foundation for why No. 40 should be the center of the blame game in those situations.

They will say Rask quit on the team and was never invested in this version of the NHL postseason. When the news first broke, coupled with his comments after Game 2, that is how it looked.

However in the hours since it was announced Rask would head home, NESN reported that Rask opted out for a “family emergency”, but everything’s alright now. Sweeney mentioned Rask’s family is “safe and healthy”.

Either way, Boston’s starting goalie left for family matters and in these times, that is to be respected and understood. Grouping this is in with the other reasons why you don’t believe in Rask doesn’t make a whole lot of sense.

Why? Because we’re in the midst of a global pandemic. Rask and all other NHL postseason players are held up in a bubble in Toronto. There is no direct contact with the outside world. That includes families.

As stated earlier, Rask has a newborn daughter at home, as well as two other little girls. Whether or not there’s a family emergency, those facts alone are enough to justify heading back to Boston at this time.

What is fair to question is what his future with the Bruins looks like.

There’s been lots of questions regarding what the Bruins will offer him to return. It’s not too smart to hand a 34-year-old goaltender another long-term deal, and it’s hard to imagine Sweeney doing that as a “thank you” to Rask. He could play elsewhere and he could go finish out his career overseas.

Or he could retire.

That last option is looking a lot more legitimate right now, especially given the world’s circumstances and the actions he took early Saturday morning. But that’s the distant future — in these COVID-19 times, we barely know what tomorrow will bring.