Trags: Patriots Secondary Will Be Primary Concern Against Vikings, Steelers In December 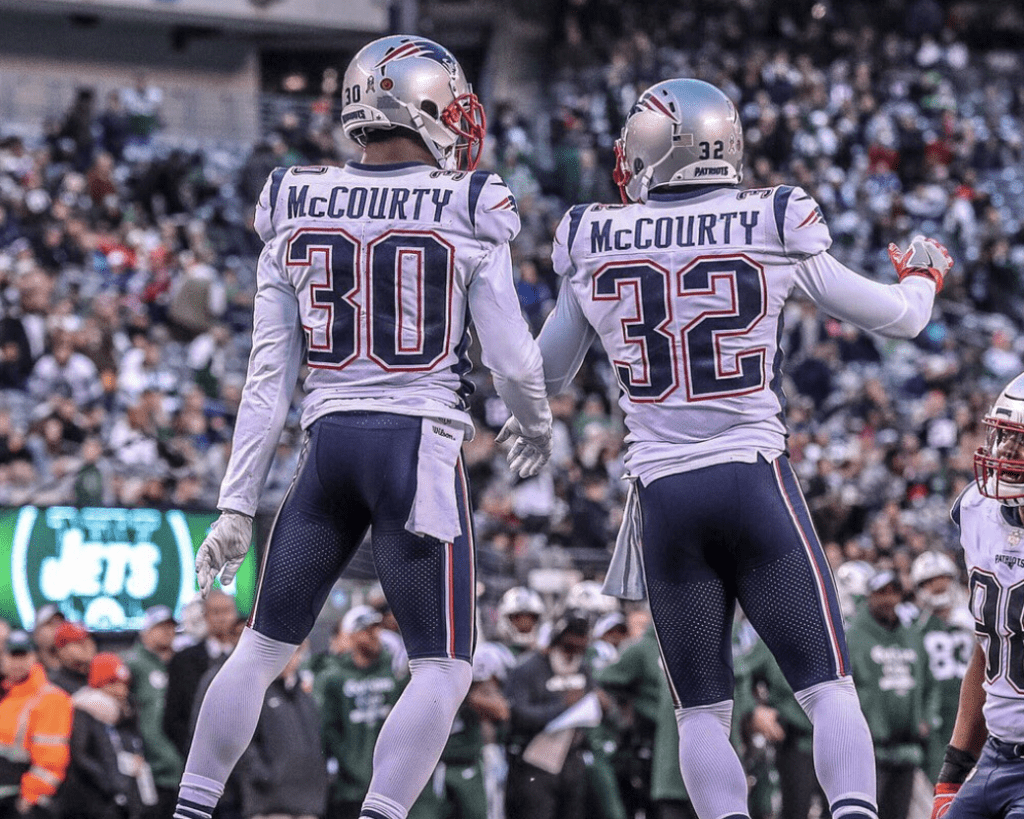 We’re about to find out just how well the Patriots compete against the elite receivers in the NFL and what that might mean heading into the playoffs.

After Sunday’s game against the Jets in which the Patriots allowed several big chunk plays to the likes of Quincy Enunwa, Robby Anderson and Jermaine Kearse, I asked Devin McCourty to assess the secondary’s performance.

“Just did a good job competing,” McCourty said. “They dialed up a couple of good plays that were just good plays against the defense but I thought overall, especially from the corner position, whether it was Steph or Jay or J. Jones or JC, coming in there just competing and making guys make tough plays on them all day.”

In other words, if you’re going to make big plays against the Patriots secondary, you’re going to earn them. On Sunday, the Jets started out with engines in high gear, converting two 19-yard gains, an 18-yarder, two 17-yard completions and a 16-yarder in the first quarter alone. Still the Jets had only seven points to show for it. In the second quarter, there was a 41-yard completion and another 16-yarder. Kearse had four of the plays, Enunwa two and tight end Christopher Herndon had another. In the second half, the Patriots held the Jets to just two big chunk plays of 16 yards or more.

Or in the case of the Vikings this weekend or the Steelers on Dec. 16 in Pittsburgh, what might happen when the Patriots face the very best of the best?

In the secondary’s defense, McCourty indicated they made significant adjustments at halftime in terms of changing the scheme to make sure coverage was tighter and receivers weren’t getting easy releases off the line of scrimmage. That was borne out by limiting the Jets in the second half, when Josh McCown actually threw the ball more.

“What always helps is when the pass rush does a good job of getting to the quarterback, and that helped us out a lot in the second half,” McCourty said.

The other thing that helps is when one of your two corners is a Pro Bowl caliber defender, as has been the case most of the season with Stephon Gilmore, who had an interception of a Josh McCown duck at the Patriots 2 when Trey Flowers applied pressure.

“Yeah, you know I’ve always liked Stephon,” Vikings coach Mike Zimmer said of Gilmore Wednesday. “I was at his workout when he came out of South Carolina and he’s got all the qualities that we look for in corners. The quickness, acceleration, the toughness, all those qualities. I would have loved to get him out of the draft. It’s hard for me to judge who’s the best corners in the league because I don’t see them all the time but he’s really, really good. He plays a style like we try to play so yeah, I think he’s a really, really good player.”

Therein lies the key coming down the stretch for the Patriots secondary. They’re going to need help. They’ll need it from a defensive front getting pressure on the quarterback and linebackers and safeties occasionally getting to the quarterback. They’ll get the reinforcement of rookie Duke Dawson, who is projected to see some important time as a slot corner. Dawson didn’t play last week against the Jets but he could find his way to the field on Sunday.

And the Patriots could use the physical play he showed in college at Florida. They’ll be facing Adam Thielen, Stefon Diggs, tight end Kyle Rudolph and running back Dalvin Cook this weekend, with Thielen leading the way with his 6-foot-3 frame and a catch radius that is as good as any receiver the Patriots will see this year.

“He does everything well,” Bill Belichick told me this week. “He’s got good size. He can get to a lot of balls with his length. He has very good hands. He’s quick for a taller player and so his length and the radius that he can catch the ball in is good and he has the hands to extend and catch it, but for a taller guy he’s quick and he’s able to create separation. So, he’s a tough matchup for a smaller corner in terms of size and he’s a tough matchup for a bigger corner in terms of the quickness that he has.”

“He’s also a good runner after the catch so he can take a shorter pass and turn it into a sizable gain with his size and running ability after the catch. He plays inside, he plays outside. They move him around. All of their receivers move around. He’s a little different than Diggs but they complement each other well. You can put Rudolph in there with them. They create a lot of problems in the passing game and then they create a lot of problems in the running game, which I would say is another thing he does well. He’s got good size and he can cover up defenders with his big frame and create mismatches in the running game, too, for the backs. Yeah, he creates a lot of issues.”

Certainly, Belichick has never been intimidated by great offensive teams before. He managed to put Willie McGinest on Marshall Faulk in Super Bowl XXXVI. He turned back the Colts of Peyton Manning, Marvin Harrison and Reggie Wayne in the 2000s. He has handled Big Ben at nearly every single turn with wide receivers and tight ends galore.

Any way you slice it, this year feels a little different. The Patriots were exposed by Pat Mahomes in the second half at home. Marcus Mariota made them look stuck in the mud in Tennessee and Blake Bortles had a hall of fame performance in Week 2. Now, this Patriots defense must answer the bell against a team that is right there with the Chiefs in terms of offensive weaponry, starting with Thielen and Diggs.

“When you get to third down and red area, the critical possession and scoring situation plays, that’s a problem too. It’s a very good group offensively with a very good quarterback who’s a great thrower and a very athletic player. Not that he runs a lot but he can run when he needs to. He can extend plays and then he can make big plays. Yeah, they cause you a lot of problems.”

On Dec. 16 at Heinz Field, it will be Antonio Brown, JuJu Smith-Schuster, Vance McDonald, Jesse James and James Connor. These two games are going to really tell us just how much progress they’ve made since Tom Brady rescued them against the Chiefs on October 14 at Gillette. And just what their chances are for catching the Chiefs for the No. 1 seed in the AFC and lasting long into the NFL postseason.