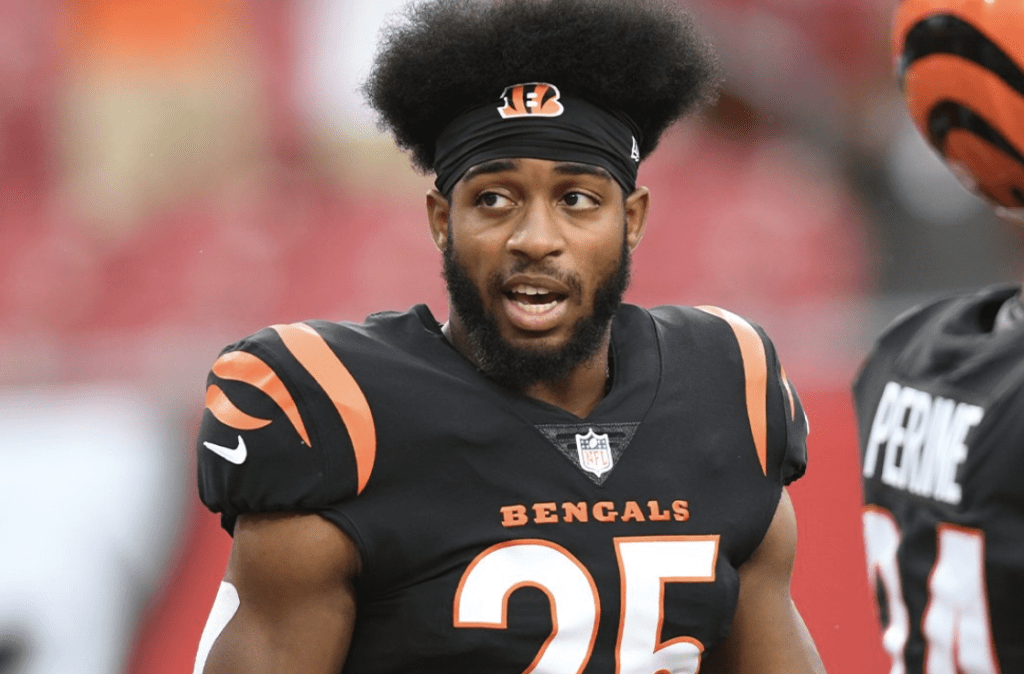 Chris Evans scored on a one-yard plunge just before the half, rookie Evan McPherson kicked field goals of 40 and 31 yards and Austin Siebert connected from 24 yards and 38 yards as the Bengals beat the defending Super Bowl champion Tampa Bay Buccaneers, 19-14, Saturday night at Raymond James Stadium.

Tom Brady played on the opening drive for Tampa Bay, and completed a pass for a first down to Gio Bernard before coming out of the game.

Rookie edge Joseph Ossai played a strong game before coming out in the third quarter with a right wrist injury.

In Cincinnati’s first preseason game since 2019, the team got a better look at depth players in game competition.

Highlight of the first drive and the first quarter for the Bengals came when Trey Hendrickson pressured left tackle Tristan Wirfs, allowing Joseph Ossai to twist and come in and sack Brady on third down, prompting Bruce Arians to pull his legend after one series. The outside pressure is something Bengals really hopes materializes often in regular season.

GIMME THAT, DON'T MIND IF I DO.

Chidobe Awuzie covered Antonio Brown on the first drive and it was a sign of things to come. Bengals defensive backs looked very good in coverage, swarming to the ball all night. The Bengals were around the ball all night on defense and it finally paid dividends in the second half with a pair of interceptions.

With Gio Bernard doing some damage and looking on against his former Bengal teammates in the first half, Chris Evans carried on the tradition of No. 25 very well with a touchdown just before halftime, keeping his legs churning and low to the ground with the ball secured and wrapped up. Evans finished the night with just 21 yards on 11 carries but his burst in the short passing game, catching three passes for 11 yards. It was a big opportunity for Evans and Jacques Patrick with Trayveon Williams unavailable for the game.

The rookie out of Texas not only had pressure on Brady but looked explosive, playing hard into the second half. He did get up very slowly after a hit on quarterback Kyle Trask in the third quarter. He suffered a right wrist injury and left the game. He was declared out.

Evan McPherson, the rookie kicker from Florida, boomed field goals of 40 and 31 yards that would’ve been good from 55-60 yards easily but most importantly, were right down the middle. Austin Siebert was good from 24 yards and converted a point after. Siebert’s field goal with 16 seconds left from 38 yards sealed the win. 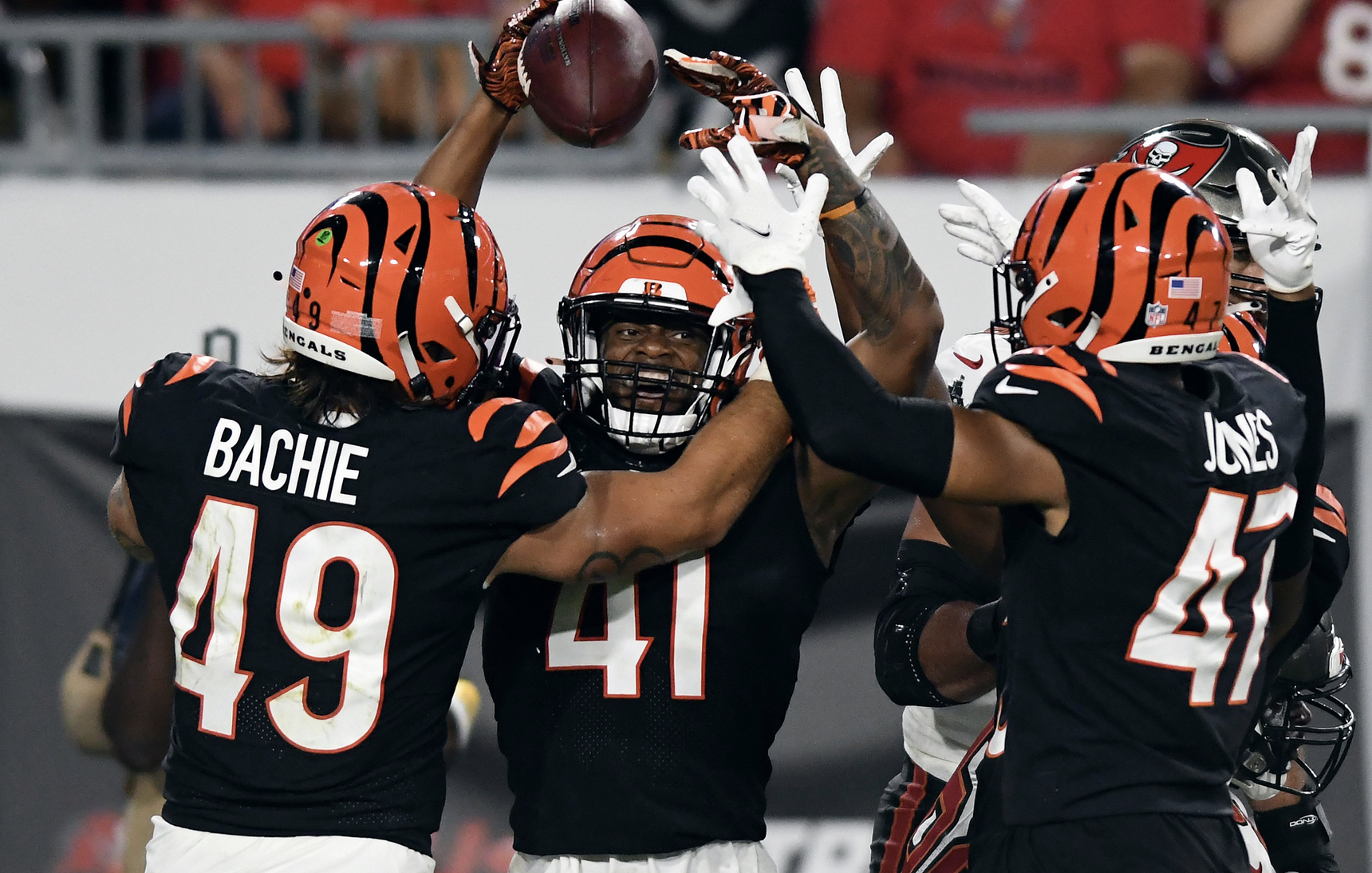 In the first half, Samaje Perine and Mike Evans put the ball on the ground in the red zone on consecutive drives and Brandon Allen threw an interception. Kyle Shurmur’s ill-fated attempt for tight end Mason Schreck was returned 16 yards for a pick-6. Patrick also put the ball on the ground deep in Bengals territory in the fourth quarter but was bailed out by rookie D’Ante Smith, who raced back to cover the ball. Shurmur also dropped a snap that sabotaged a drive late when the Bengals were trying to run clock.

Tampa Bay converted on six of their first seven chances. The tackling by the linebackers and secondary was spotty in as Tampa moved down the field for its only touchdown thanks to five third-down conversions.

Right guard Jackson Carman called for holding on his first series. The right side had their ups and downs. Gunnar Vogel whiffed on a block on Joe Tryon, who drilled Brandon Allen on a sack, which was wiped out by a personal foul.