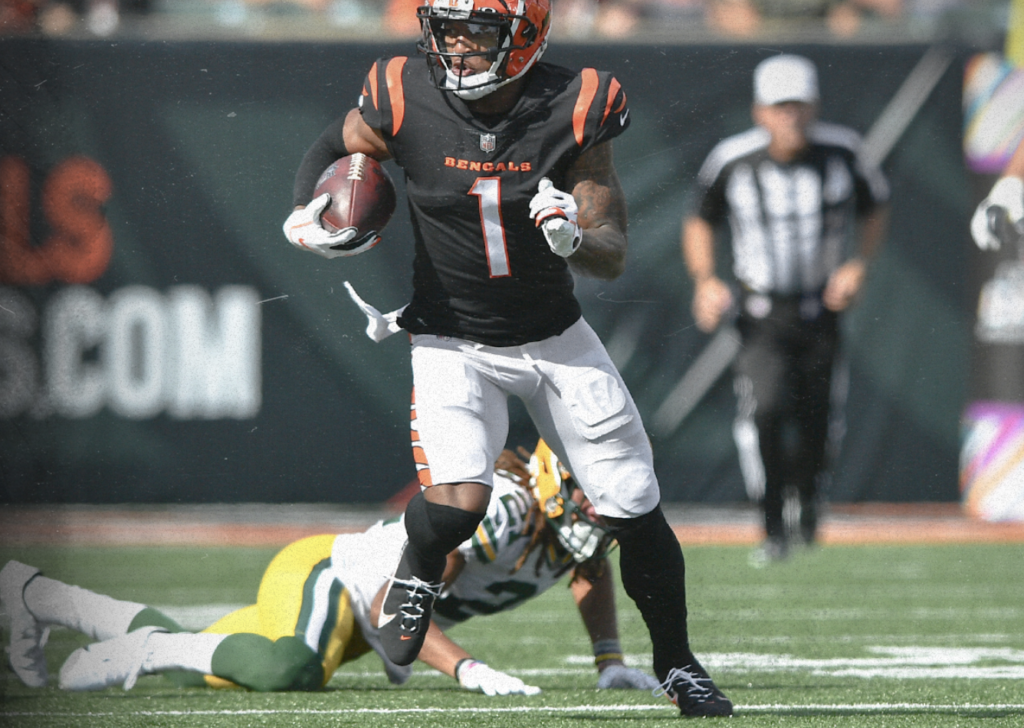 CINCINNATI — Mason Crosby redeemed himself for three straight misses with a game-winning 49-yard field goal with 1:55 left in overtime to lift the Green Bay Packers over the Bengals, 25-22, Sunday at Paul Brown Stadium.

Crosby, who had missed two field goals over the last two seasons, missed his third consecutive field goal of the day from 40 yards with 8:09 left in overtime to give the Bengals one final chance. The Bengals appeared headed for certain defeat when De’Vondre Campbell intercepted a short Joe Burrow pass over the middle on the first play of overtime.

McPherson then just missed from 49 yards when his kick hooked wide left over the left upright with 4:30 left, setting up another chance for Aaron Rodgers to win the game.

Evan McPherson on his premature celebration in OT. Thought officials were “playing a joke on him.” #Bengals pic.twitter.com/jvyohVg1SC

McPherson hit the right upright from 57 yards with :21 seconds left, leaving Aaron Rodgers a chance to reprise his heroics in San Francisco two weeks earlier. But Crosby missed wide left at the gun to force the second overtime in three home games for the Bengals.

“Honestly, off the foot I knew I pushed it a little right,” McPherson said of his 57-yard attempt. “I didn’t get all of it that I needed. That was not as much of a surprise. I expect myself to make those. I pride myself on making big-time kicks. Next week if it comes down to a kick I’ll be ready to come through for our team.

“I have all the confidence in myself, I just couldn’t put the ball through the uprights. We shared words after the game. I congratulated him. He said, ‘Yeah that was a weird one to say the least. I couldn’t figure out the wind out there.’ It was definitely a weird game. Mason and I were kind of talking about it. It’s definitely going to make us better. And move on and learn from it.”

Burrow did not speak to reporters after the game, as he was taken to a local hospital for examination of a possible throat contusion. The team had no further information.

Joe Mixon’s eight-yard run followed by Joe Burrow’s completion to Tee Higgins in the back of the end zone for a two-point conversion tied the game, 22-22, with 3:27 left in the fourth.

But Jesse Bates whiffed on a tackle of Aaron Jones on Green Bay’s next possession that opened the door for a 58-yard run down the Bengals 18. But the Bengals defense stiffened and Mason Crosby, who missed an extra point on Green Bay’s first touchdown, pulled a 36-yard field goal wide left with 2:12 left.

The Bengals defense came out impressively, forcing Green Bay to punt on its first series. Awuzie picked an Aaron Rodgers pass for Adams on the second drive. Awuzie returned the pick 42 yards to the Packers 42.

“Their core players were there and we were able to stand up and go toe to toe,” Chidobe Awuzie said. “Coach Lou Anarumo, he is a fan of boxing. He showed us a lot of boxing clips and historical fights.

“That’s what it is every time we are out there. And that’s what it seemed to be, like its going to be for the rest of the season. We are just bowing our chin up and one of these games against a really good team we are going to have our knockout punch.”

But Burrow and the offense was stuck in neutral and Burrow suffered the first of three first half sacks.

Bengals offense struggled on their first two series, going three-and-out twice, getting sacked and failing on a QB sneak on third-and-inches.

But on their third drive, following a poor Corey Bojorquez punt that put the Bengals at their own 49, the Bengals finally got their offense in gear. The key to the drive was a five-yard dump pass to Samaje Perine on fourth-and-3 to keep the drive alive. The Burrow-to-Perine would be vital on the drive as it also ended with the two hooking up on the final play, a 5-yard in the right flat for the easy score and a 7-0 Bengals lead.

From there, it was the Davante Adams show. He caught six passes on nine targets the rest of the half for 117 yards and a five-yard fade for a touchdown that put the Packers ahead, 16-7.

After that Adams touchdown, Joe Burrow showed everyone inside PBS he was recovered from the massive hit from safety Darnell Savage in the open field that sent him to the tent for concussion protocol.

Burrow rolled to his right and found Chase 50 yards down field. Ironically, it was Savage who nearly swiped the ball before it landed in the arms of Chase, who caught the ball and jogged into the end zone with 36 seconds remaining in the half.

UNO HAS DONE IT AGAIN!

On the kickoff, the Bengals lost Jordan Evans to a knee injury and was ruled out for the rest of the game.

Burrow opened the third quarter with a 15-yard completion to Chase but moments later made a bad choice trying to replicate the first-half throw, going deep down the right side again for Chase. This time, safety Adrian Amos stepped in front of the throw and picked it off at the Green Bay 18. That resulted in a 12-play, 56-yard drive.

Crosby hit from 44 yards for a 19-14 lead. The Bengals responded with a drive that featured an acrobatic Chase catch for 14 yards and a first down at the Bengals 38. The Bengals would drive to the Packers 28 and appeared to have a first down after a Joe Burrow fourth-down run. But Quinton Spain was called for holding and the Bengals punted.

Chase made another remarkable catch in overtime, a 21-yard toe-tapper at the Green Bay 41. But that only led to McPherson’s 49-yard kick that sailed over the left upright, hitting the wind flag on the top.