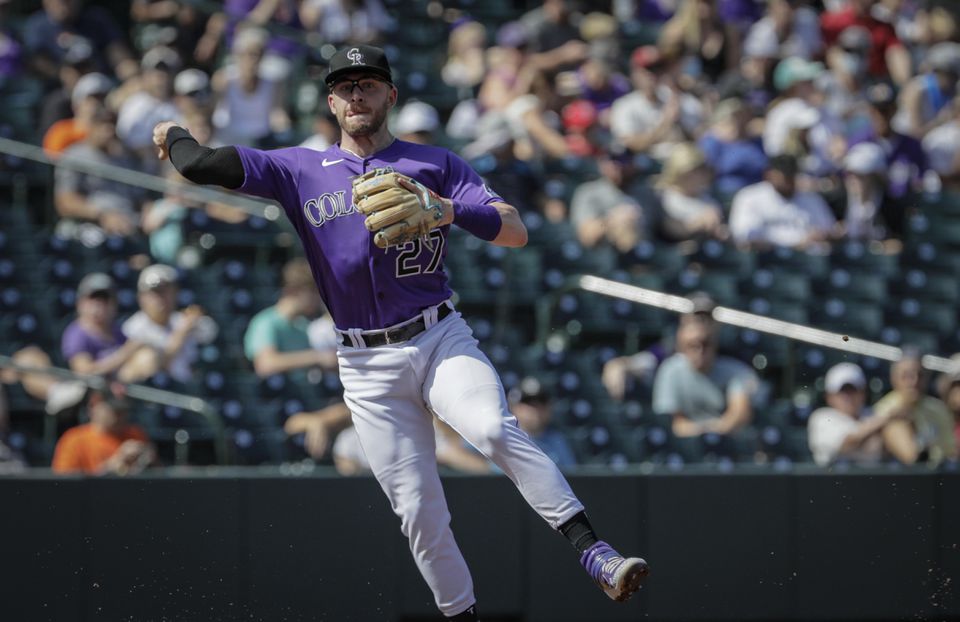 Trevor Story and the Boston Red Sox have agreed to a six-year, $140M contract, per USA Today.

Story, a 2-time all-star and Silver Slugger, is Boston’s first splash signing this offseason. The deal makes Story one of MLB’s highest-paid players. The former Colorado Rockies shortstop has an opt-out clause in his deal after the 4th year.

Despite a down year last season, batting only .251, Story was still among the best free-agent options available. With Boston’s shortstop slot already occupied by Xander Boegarts, Story will likely shift to 2nd base.

While Bogaerts will remain at shortstop it’s hard to argue who is better at fielding the position. Since 2016, Story has saved 69 defensive runs at short; in that same time span, Bogaerts is at a -47.

“I play baseball. I’m not at the front office or [involved in] making those type of decisions,” Bogaerts said in regards to remaining at shortstop. “But he is a great player. So that’s all I got to say. If you brought in someone like that, it will help out the team.”

Story will likely supplant Christian Arroyo as the Red Sox starting second baseman. Arroyo, along with Kiké Hernandez, Marwin González, and others split time at 2nd base this past season. The signing slides Arroyo back to the bench and allows Hernandez to play in the outfield full-time.

Prior to the signing the Red Sox had been quiet in free agency while other high profile players – many of them shortstops signed with competitors. Carlos Correa, Marcus Semien, Javier Baez and Corey Seager all got big money deals.

The move also gives the Red Sox insurance should Bogaerts opt out of his contract and become a free agent after this season. Story could then slide back over to shortstop and the Red Sox could work to extend 3rd baseman Rafael Devers. It’s also worth noting that two of the Red Sox top prospects (Marcelo Mayer and Nick Yorke) are middle infielders.

“It shows us the front office … we know that they want to want to win … but then to add another big piece to the organization like that would be huge,” Eovaldi said. “And the energy and everything that he brings to the team, seeing him across the field, it’s exciting watching him play. And to have him back there behind you, especially for me while I’m pitching, and then scoring runs for us. … Our lineup is already extremely talented, and to add another piece like that, it’s only going to make us better.”