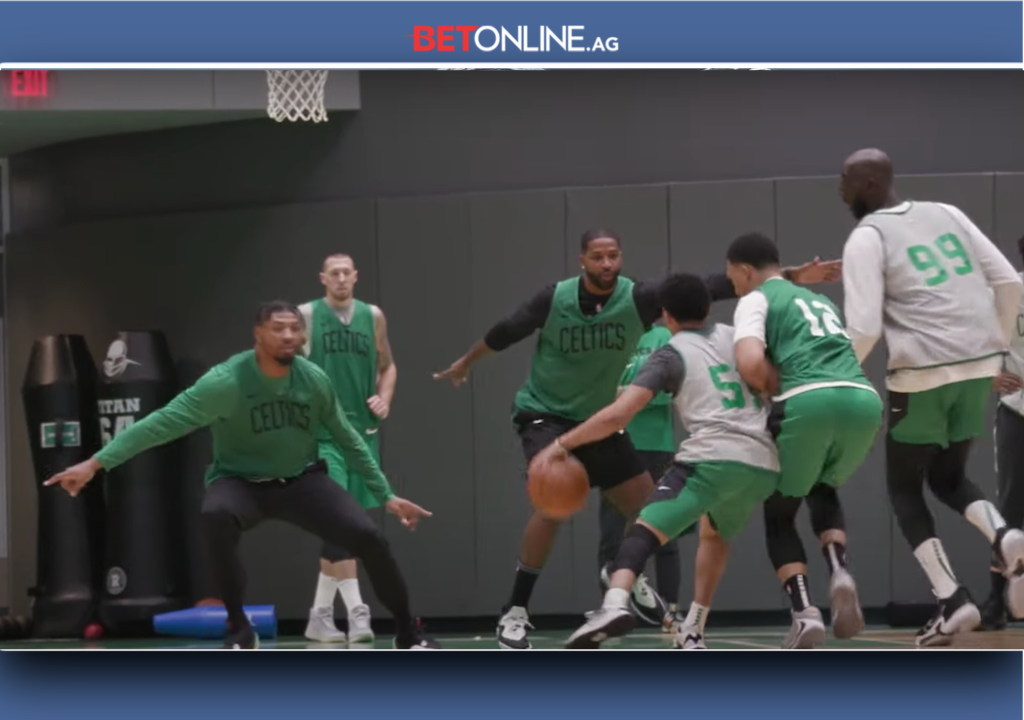 Tristan Thompson returned to activity at Celtics practice on Wednesday for the first time since signing with the Celtics. Thompson injured his hamstring over the offseason and entered training camp on a slow ramp-up that leaves him unlikely to play on opening night on Wednesday.

Footage from Boston’s practice yesterday, following a preseason loss to the 76ers, showed Thompson participating in a 5-on-5 set defensively in the half court. He fronted Tacko Fall and called out rotations as Tremont Waters led a set that swung the ball to the left corner for a Semi Ojeleye three. Thompson was not visible in the full court action shown in the three minute clip.

The video likely depicts the next progression in Thompson’s recovery that Brad Stevens described last week. Kemba Walker, also out to start camp, is working toward that simulated work in January after he’s re-evaluated.

“He has not been in any part of practice yet,” Stevens said on Dec. 12. “He has done our pre-practice … like a two-on-two, three-on-three a very light, simulated, reads work on both ends. So that’s it. He hasn’t played in a long time and didn’t play in the bubble, so there will be a ramp-up period for him whenever he is able to go live in practice. I’m assuming it won’t be one of those situations where you’re available one day and you get a good practice in and you can play. I think it’ll be a little bit more than that.”

Stevens added each day makes it less likely Thompson would start training camp and he accordingly did not play in Philadelphia. He missed eight games last year later in the season with the Cavaliers and last appeared in NBA action on Mar. 8, before Cleveland’s season got shut down by COVID-19.

Daniel Theis joined Thompson on the injury list earlier this week with back soreness he expected to improve in the coming days. That left Boston with mixed results at the center position between Robert Williams III, Grant Williams and Tacko Fall, all vying for the backup position behind Theis with Thompson out.

Williams III started the game following his indication he’s received backup minutes in practice. He finished the night 4-for-5 with eight points, four rebounds and Boston went -3 with him on the floor.

“We saw last night several times where we fell short of a standard with regard to pace and execution, screening, cutting, playing off one another and we ended up with bad possessions,” Stevens said. “On the other end, there are a few things that we could clean up.”

The effort inspired a long practice before Winter Storm Gail pummeled Boston with a foot of snow on Thursday, before the Celtics take on the Nets on Friday in another test for the front court against Kevin Durant, Deandre Jordan and Jarrett Allen.

When Thompson returns, Stevens expects him to break off screening action quickly, attack the offensive boards and use dribble handoffs to take pressure off Boston’s perimeter players. Defensively, he’ll allow the Celtics to play aggressively, switch and be physical — with a chance to guard many different types of opponents. It won’t happen until he’s healthy.

“29, I’m still a young pup in this game. I think everyone gets so used to seeing me and the Cavaliers on TV at a high level, people almost forget he was just a young fellow playing with these guys in their prime or at the end of their prime,” Thompson said at his introduction. “I have a lot of room to grow.”