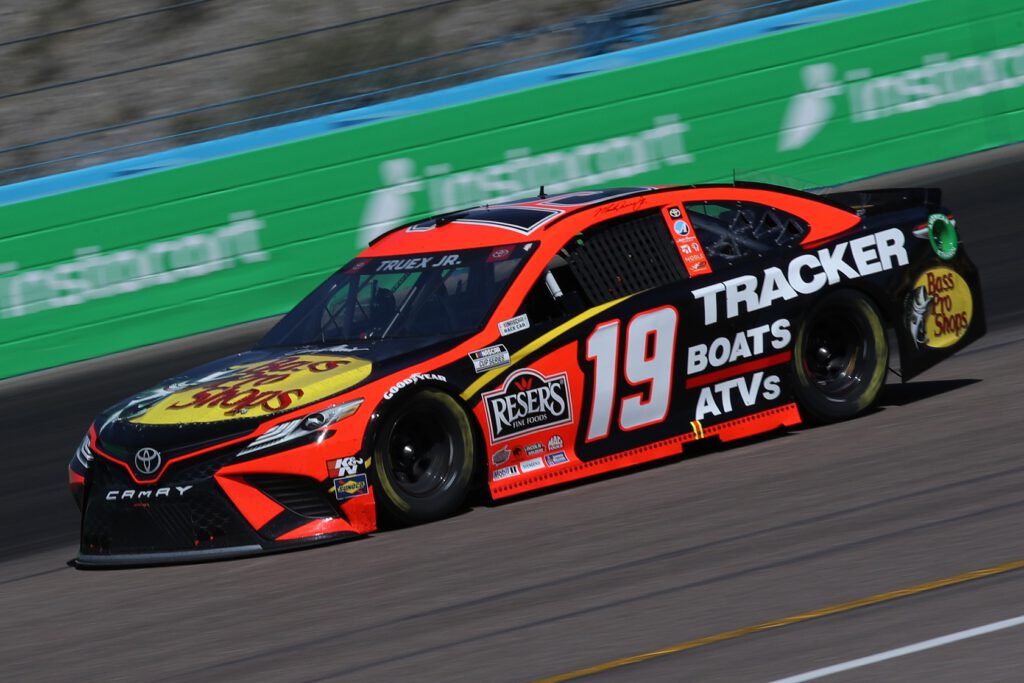 Martin Truex Jr. won the Instacart 500 from Phoenix Raceway on Sunday afternoon to pick up his first victory of the season.

Truex passed Joey Logano on a late restart to take the lead, and he was able to hold off the field to pick up the win.

After winning only once in 2020, Truex said he was excited to get back to victory lane early in the season.

“We had a tough year last year; we were a little bit rocky,” Truex said.  “That was a hell of an effort by everybody.  Just so thankful for everyone at JGR and everybody that makes this possible.”

Phoenix will host the season finale in November, and Truex said he hopes he will be fighting for a championship the next time the Cup Series takes to the track.

“Phoenix has been a tough one for us,” Truex said.  “I wish it was November, but hopefully we can come back here in November and have a shot at being in the final four.”

Logano led a race-high 143 laps, but he had to settle for second after Truex took the lead on the final restart.  Logano took the inside lane coming back to green, but Truex was able to hang on the outside to take control.

Logano said he thought the bottom was going to allow him to pull ahead of Truex on the final restart.

“I was surprised [Truex] was able to hang with me on that start,” Logano said.  “When you’re in the corner door-to-door, the outside car has control of you.”

“Overall a solid day.  It’s not a win; second hurts, but we’ll move on and go to Atlanta.”