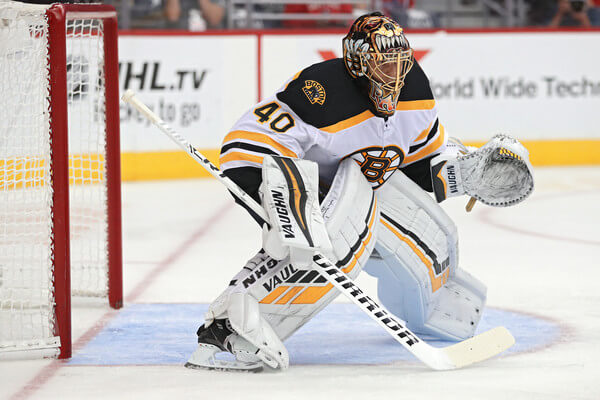 At Thursday’s practice, CLNS Bruins Insider Jimmy Murphy got an exclusive one-on-one with the struggling goalie who talked about the competition brought on by fellow Bruins goaltender Jaroslav Halak.

“I think competition is good in general in every position,” said Rask. “Goaltending is no different from that and no one’s going to take their position for granted. I think it’s great. He just pushes you to be better and earn your spot, at least that’s what I’ve always thought.

“I think it’s a luxury to have on a team a 1A and 1B with both goalies pulling the load and then who knows what can happen in the playoffs. Hopefully both can contribute there and make it a long run.”

Opposite Rask, Halak has exceeded all expectations to start the season. Through seven games among qualified goalies, Halak ranks first in goals-against average at 1.51 and second in save percentage at .947 with two shutouts.

Jaroslav Halak saves the #NHLBruins on the Power Play

When asked about the reason for his rough Octobers, Rask didn’t know.

“I don’t know [why I struggle during October],” he said. “If I knew, it probably wouldn’t happen, right? You just have to prepare yourself during the summer like you’re going to come out hard and sometimes you do it. I just saw the stats and three or four years ago, I had a great October. The past couple ones haven’t been that good but maybe the next one is good — I don’t know.”

Rask is referencing October of 2016 when he posted a perfect 4-0 record with a goals-against average of 1.25 and a save percentage of .958.

On the other hand, Rask typically rebounds well in November. Again, he didn’t really know why that was the case.

“I don’t know,” said Rask. “I think you’re not satisfied with your performance. You just have to get that consistency, check yourself and get better. I’m sure it’s everything together: the team’s getting better, you’re getting better. Everything is falling into place so that’s probably what it is. Hopefully this November’s better.”

Does Rask think he should make any changes to get off to a better start in the future?