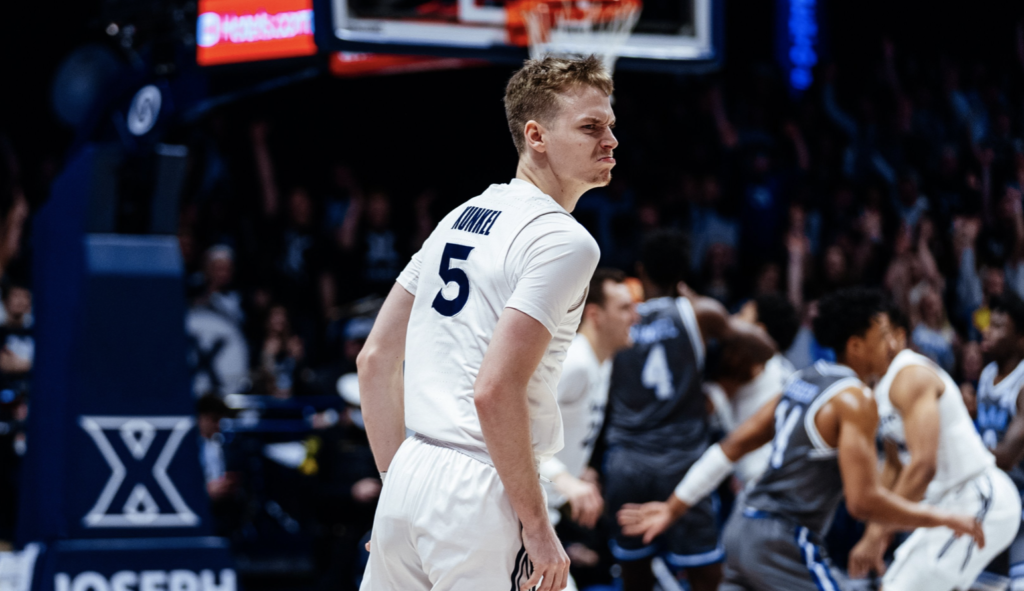 CINCINNATI — As the boos were raining down from the angry and frustrated masses inside Cintas Center in the closing moments of Saturday’s miserable 82-66 loss to the Seton Hall Pirates, Xavier coach Travis Steele was hoping it would have a certain impact upon his players.

“Listen, toughen up. Toughen up. If fans are going to bother you booing, or saying stuff on social media, then you’re not made to be here,” Steele said. “Toughen up. We’ve got a great fan base. They care. They’re passionate. I want people in that gym. We want as many people as we can. We put on a performance (like) tonight, that’s fair. That’s fair, so toughen up.”

Boos are one thing. But the vile and unruly behavior that goes beyond booing that was on display Saturday was nothing short of despicable.

“Toughen up. Toughen up.” Travis Steele on whether his players might have been impacted by booing. Steele calls the fan hostility and frustration “fair” pic.twitter.com/aDel9RIJzJ

Police were called over to a section to deal with a complaint reportedly involving the family of coaching staff and players of a Musketeer program that just lost its fourth straight and sixth in seven games.

As is the case in pro sports, drunken and unruly fans should be immediately kicked out and threatened with a long or permanent ban from the arena where the infraction occurred. It’s an ever more egregious violation when this behavior is directed at the family of those coaching college kids in a sport.

What was indisputable was the level of tension in the building during a game that Xavier needed to solidify its NCAA tournament standing. Instead, the disappointing loss on sowed more seeds of doubt.

Toward the end of the game, “Fire Steele” chants began bellowing from the student section. While unpleasant and unseemly to many in the Xavier fan and alumni base, Steele himself understands. That actually is part of the Division I gig, and he knows it.

Steele is taking a lot of heat right now for a collapse that has put his Musketeers in danger of not qualifying for the NCAA tournament for a third straight year.

Xavier is equal parts sloppy and soft right now. They committed 14 turnovers that led to 17 points for Seton Hall. The Muskies were able to score only four points off 10 SHU turnovers.

Travis Steele says Xavier defense was “complete joke… and that’s on me.” pic.twitter.com/io9QlKtyyZ

They made a run to cut Seton Hall’s lead to six, 55-49, with 12:37 remaining. Plenty of time to salvage the game. But instead, the Muskies failed to offer any resistance on the Pirates’ next trip down the court. Then, Adam Kunkel missed a three and Colby Jones, who matched a career-high with 20 points, missed a layup. Another easy trip for The Hall and it was 59-49.

That, in a nutshell, has been the problem with these Musketeers. They make a run but aren’t tough enough on defense.

Steele has to change that, and in a hurry. He has two games left to fix things on the defensive side before the Big East Tournament begins in a week and a half. The Muskies have a road game at St. John’s and a home finale next Saturday against a Georgetown team that is winless in 16 games in the Big East and has dropped 17 straight overall.

The Muskies have proven that there’s no sure thing on their schedule, after dropping home games against DePaul and St. John’s. But a road game against St. John’s and a home game against the Hoyas should get them back to 9-10 and 19-11 overall.

Steele insists there’s plenty of time remaining over the three games guaranteed to them, the final two regular season games and their first Big East Tournament game. But if they don’t change their ways fast, that’s all there will be.

If they do, just maybe some of those same fans will jump back on the Xavier bandwagon.