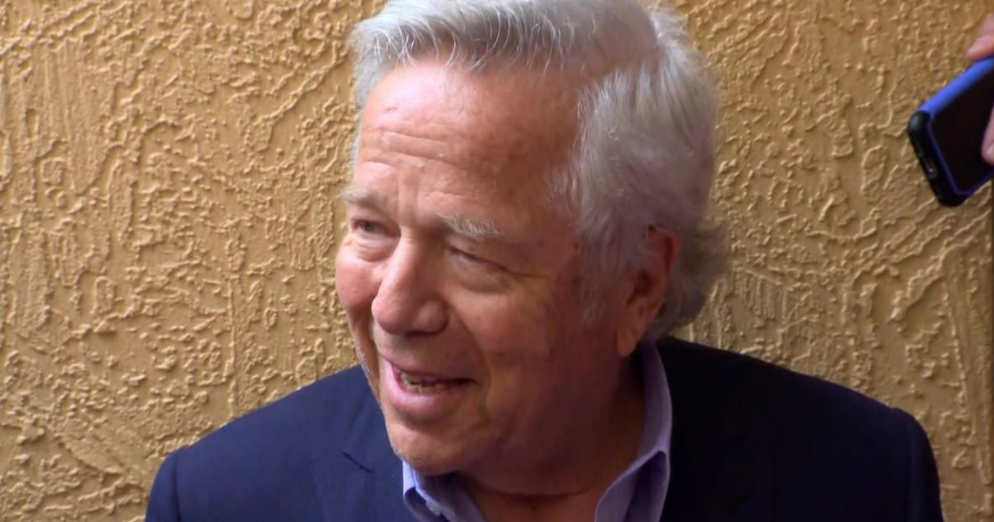 Whatever argument or theory you want to make or buy about Bill Belichick not playing Malcolm Butler in Super Bowl LII, the one person whose opinion should matter the most has essentially put the issue to rest.

Patriots owner Robert Kraft, speaking Monday at the NFL annual meeting in Orlando, Fla., threw his full support behind his head coach for the controversial decision to sit Butler and go with the combination of Johnson Bademosi and Jordan Richards in coverage alongside Eric Rowe and Stephon Gilmore.

“I have faith in Bill as a coach that I don’t think there is anyone who has the football knowledge and expertise combined with understanding personnel — no one can merge those two worlds (like Belichick),” Kraft told reporters. “He’s done pretty well for us over the last 18 years. So as a fan, I can question some of the moves. As someone who is privileged to be owner of this team, I encourage him to keep going with his instincts and doing what he thinks is right.”

This is where Kraft is at his very, very best. He was once a fan. He was a season ticket holder back in the days of Fenway Park and old Sullivan (Schaefer) Stadium. He can feel the fans’ pain in the aftermath of Super Bowl LII.

But as an owner, he counters that in his mind with what’s best in the longterm for his business empire, an empire he is already passing down to son Jonathan to watch over and run as team president.

“There is no doubt in my mind, even if he made an error — and this is true with any of our managers — that if they’re doing it for the right reason, then I support it 100 percent. I’ve never had one instance in the 18 years where Bill hasn’t done what he believes is in the best interest of our team to help us win games.”

What was interesting about this is Kraft placing Belichick in with his other top managers in his portfolio of businesses. His head coach is just another top-level executive in his business empire.

Kraft’s words here are more powerful than any theorizing that could possibly come forward as a possible explanation. Those words also hold the key to the two-decade dynamic between the most successful owner in sports and arguably the most successful coach in league history.

As far as Robert Kraft is concerned, having tension within an organization after losing a Super Bowl is a "first-class problem." pic.twitter.com/QpRyVMQeIf

When Seth Wickersham’s ESPN The Magazine article came out in January, detailing friction and “tension” among Kraft, Belichick and Tom Brady over the handling of the Jimmy Garoppolo trade, it was assumed by many that Kraft had begun to lose patience with his ridiculously successful coach and his all-time great quarterback.

Kraft came up with another brilliant characterization of the trio’s tension after the Super Bowl LII loss.

“We met, and I meet individually with each of them,” Kraft told reporters. “But the thing that I don’t know if it’s completely understood: Bill and Tom meet a lot and spend a lot of time communicating. I think the residual of this loss was really hard on everyone, but I sort of see that as a high-class problem. The fact that we lost and lost the way we did — I still haven’t gotten over it.

“I’ve owned the team 24 seasons, and I’ve had Bill as a head coach for 18 of those seasons. When I think of tension, I think of my first year as an owner. I love Bill Parcells, but players walked on eggshells and maybe ownership did as we went down the learning curve of how to get along. The so-called tension gets greater when you lose.”

Again, it all seems to come back to Kraft’s ultimate trust in the head coach that has led his franchise to eight Super Bowls and five Lombardi trophies in 18 (and counting) seasons.

Kraft indicated Monday, with tremendous success comes occasional – unexpected – risk. It’s the risk one puts in someone they have trusted with their business for nearly 20 years to make the right call at the right time. Belichick has let countless popular players go in free agency before, starting infamously with Lawyer Milloy in 2003. Belichick has waded through difficult waters like the Aaron Hernandez nightmare, devastating injuries and run-ins with the NFL like Spygate and Deflategate. Through it all, Kraft watched how his head coach handled all of it.

That’s why Kraft still trusts Belichick so much to this day.

“With my fan hat on, you can come up with all kinds of reasons or things, but here’s the deal: We in New England are privileged to have, I believe, the greatest coach in the history of coaching,” Kraft said.

That’s the thing about Robert Kraft: He’s a businessman who can accept risk – and losing – knowing that’s part of the deal with running the most successful NFL franchise of this era.