Vince Wilfork Talks Team, Boston, and Greatness Ahead of Patriots Hall of Fame Induction this Weekend

Wilfork is set to be inducted into the Patriots Hall of Fame on Saturday. 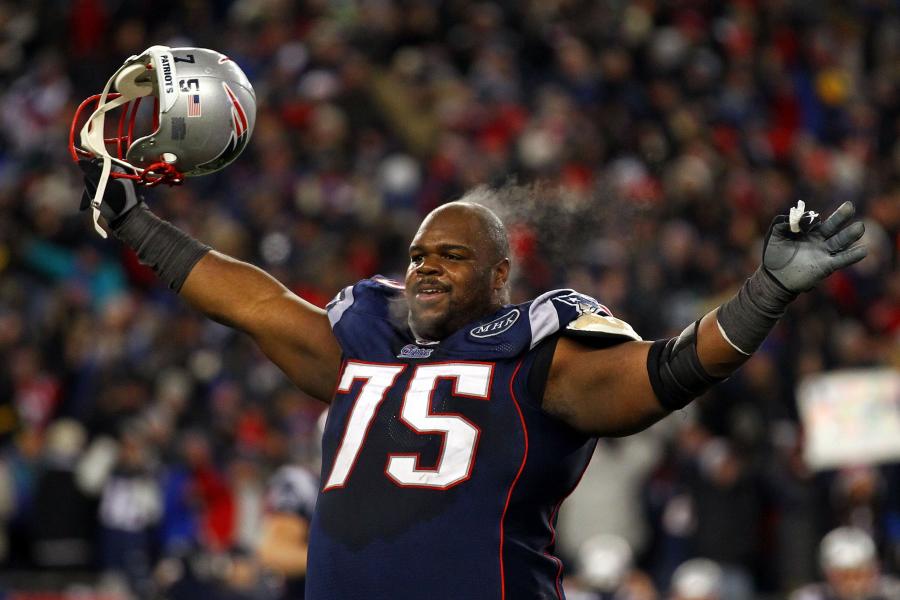 In New England, Wilfork quickly became a fan favorite. He’s a 2x Super Bowl champion, a 5x Pro Bowler, a 3x Second-team All-Pro, and was a First-team All-Pro in 2012. Here’s a look at some more of his accolades and statistics:

And now, he can add Patriots Hall of Famer to this list. From Patriots PR:

Wilfork was voted by the fans as the 32nd inductee into the Patriots Hall of Fame. He is just the sixth player to be selected by the fans into the Patriots Hall of Fame in their first year of eligibility, joining Drew Bledsoe (2011), Troy Brown (2012), Tedy Bruschi (2013), Ty Law (2014) and Kevin Faulk (2016). Wilfork played 11 of his 13 seasons with the Patriots and helped bring two Super Bowl Championships to New England with victories in Super Bowl XXXIX and Super Bowl XLIX. During his time in New England, Wilfork helped the Patriots defense finish in the top 10 in points allowed eight times.

We spoke to Vince during his Red Jacket fitting on Thursday:

“This is my first time back [in Boston] in ten years. I landed and feel like we never left,” said the 2x Super Bowl champ. “You’re walking through the city and you hear people screaming for you. Boston is always home for me. It always will be.”

When asked about his impact on the incredible team’s he played on, Wilfork resided to speaking about the team as a whole, not himself – as he always does, “We won a lot because as a team we took it seriously… It was always about the team, it was never about me. Nose tackle is the grimiest position there is…one thing I always tell guys is you got to be versatile. You got to be able to move around. That’s how you become one of the greats.”

Wilfork is certainly one of the greats. He’s considered by many to be one of the greatest defensive tackles in NFL history, and will officially be cemented in Patriots lore forever during his induction ceremony on Saturday.