The Bengals can take over the No. 1 spot in the AFC with a win. 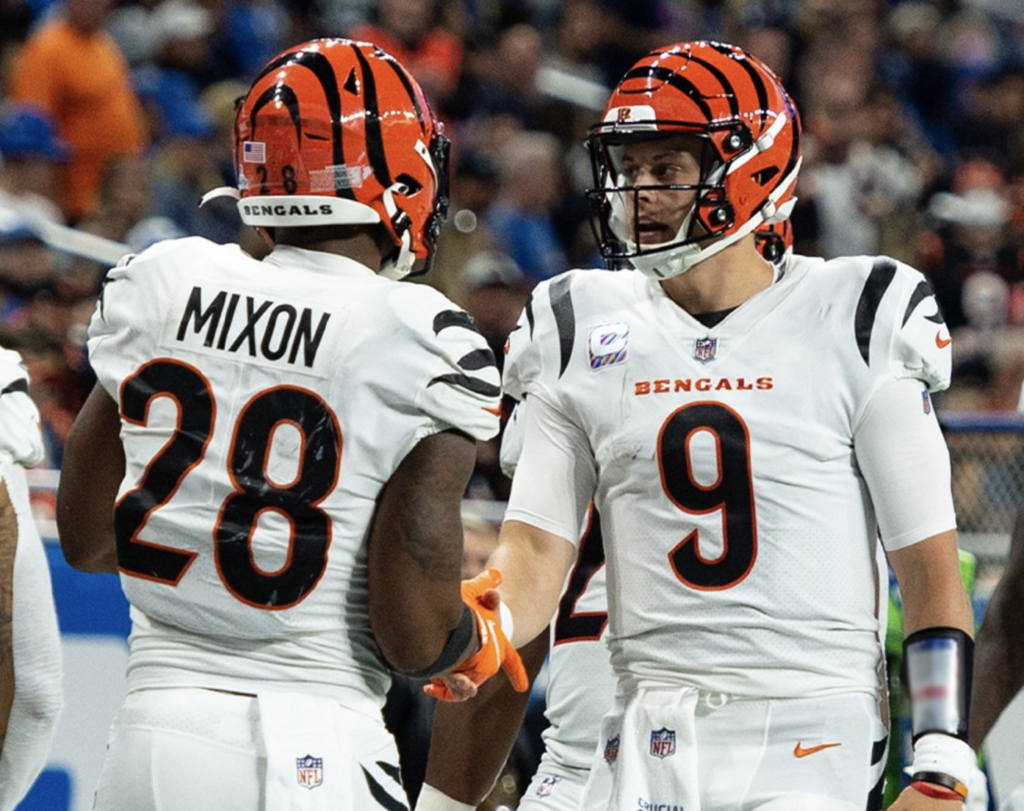 BALTIMORE – The Bengals have yet another chance at a statement game in the third season of the Zac Taylor era.

They are 1-1 in such “statement” games this season, earning an impressive 24-10 win in Pittsburgh in Week 3 while suffering a disappointing 25-22 overtime loss to the Packers in Week 5.

Beating the Steelers on the road and coming up just short against Aaron Rodgers are great tests but Sunday in Baltimore figures to be something altogether bigger for this group of Bengals with aspirations of playing meaningful football in the second half of the season for the first time since 2015.

The Ravens are looking for their first 6-1 start since Art Modell moved the Browns franchise to Baltimore in 1996. They are 9-0 in October dating to 2019. With a win, the Ravens would hold a commanding two-game AFC North lead over the Bengals and Browns.

With a win, the Bengals would be 5-2 and – believe it or not – hold the No. 1 overall spot in the AFC, as they would hold the head-to-head with the Ravens and a perfect 3-0 AFC mark, better than the Titans, Chargers and Raiders.

“We have our hands full, and it’s going to be an AFC North division showdown, and whoever wins is going to be leading the division at the midway point of the season,” Ravens coach John Harbaugh. “We understand that. But we’ve always understood that.

“With the Bengals, Browns and Steelers, all these games are like that no matter what. The records really don’t matter. These are the kinds of games that you expect. We’re excited about it, and we understand the challenge that’s in front of us.”

The Ravens lead the all-time series with Cincinnati, 27-23. Baltimore has won five straight, including a 38-3 game when the teams last met in Week 17 of 2020. In that game, the Ravens rushed for a team-record 404 yards, with QB Lamar Jackson throwing 3 TDs. Under head coach John Harbaugh, Baltimore is 14-12 vs. the Bengals.

The Ravens outscored the Bengals, 65-6, in their two meetings last season, holding the Stripes to a single field goal in each contest.

Baltimore dominated the Chargers in last week’s 34-6 win at M&T Bank Stadium, holding Justin Herbert and LA to just 208 yards of total offense, including 26 rushing, and 4-of-16 combined on third and fourth downs.

Ja’Marr Chase. The Bengals rookie receiver has the second-most receiving yards (553) through his first six games since the 1970 merger. Chase is averaging 20.5 yards-per-catch and has at least one catch of 30 yards or more in all six games.

“If he came out of a lab, he’s somewhere a mix of DeSean Jackson and Odell (Beckham),” raved Baltimore’s highly respected defensive coordinator Don Martindale.

Joe Burrow: The Bengals quarterback had the worst game of his rookie season in the Week 5 of 2020. He was 19-of-30 for 183 yards and one interception for a rating of 66.4. But those numbers don’t tell the real story and what the Bengals must avoid Sunday.

Burrow was sacked seven times and was hit 15 times overall. A number entirely unacceptable. The Bengals know this. They also know the game edge rusher Pernell McPhee had. He recorded four of the 15 hits on Burrow, including a sack and a pass defended.

Lamar, Lamar, Lamar: By now, you’ve probably seen the numbers about Lamar Jackson this season. Not only is he completing 64.5 percent of his passes with nine touchdowns, he leads the NFL in yards per completion at 8.07 yards. He’s second in football in average pass length at 9.95 yards. If that’s not enough he leads the Ravens in rushing with 392 yards on 64 carries for a 6.1 yards per carry average. Jackson is sixth in the NFL in rushing.

"We have the same mindset." @Lj_era8 on the first division game: pic.twitter.com/r2qSyjUDba

He’s not banged up like he was last year in Baltimore. This is clearly the biggest challenge yet for Bengals defensive coordinator Lou Anarumo. The Bengals are better tacklers in the secondary this season and this could be the Bengals debut of new corner Tre Flowers, known for his tackling prowess when he was in Seattle.

Mark Andrews: The tight end has a team-leading 34 catches and three touchdowns. He’s averaging 13.8 yards per catch. Marquise “Hollywood” Brown has 32 catches and a team-high five TDs. The Bengals catch a break with Sammy Watkins unavailable. He is out with a thigh injury. Latavius Murray is out with an ankle injury.

Tune in on CBS! pic.twitter.com/mNjeeF59F6

Spread the wealth: Last week in a rout of the Chargers, three different running backs, Le’Veon Bell, Devonta Freeman and Murray, each scored a rushing TD and helped Baltimore rack up 187 yards on the ground. Tight end Mark Andrews posted a game-high 68 yards with one TD on five catches.

Evan McPherson bounced back from the disappointing end to the Packers game with two field goals in as many attempts against the Lions. McPherson is 7-of-10 this season on field goals.

Kevin Huber has a 41.1 net yards average, which puts him in a tie for 15th in the NFL. Huber has just three touchbacks in 25 punts.

Justin Tucker should find a place in Canton someday. He has been the most consistent and accomplished kicker in the NFL over his 10-year career. Signed as an undrafted college free agent, he is one of Ozzie Newsome’s greatest finds. His NFL-record 66-yard field goal off the crossbar in Detroit at the final gun lifted the Ravens to a 19-17 win. Not only has he made 13 of his 14 field goal attempts this season, he’s converted all 13 PATs.

Sam Koch has just one touchback in 22 punts this season. Trenton Irwin replaced Darius Phillips as Cincinnati’s punt returner after Phillips had a weak return on his first chance last week in Detroit. Will that continue this week on the road in the hostile environment in Baltimore?

The Bengals have the roster and the institutional knowledge in the division to give the Ravens as much trouble as anyone. But will they execute at the level to take down Lamar Jackson on the road? If they put together enough long drives offensively, the answer is yes. The betting money says no but I’m going with vibes that indicate something special is brewing with these Bengals.