W2L4: How Bengals Assert Control In AFC North vs. Ravens

Bengals look for another statement win in Baltimore. 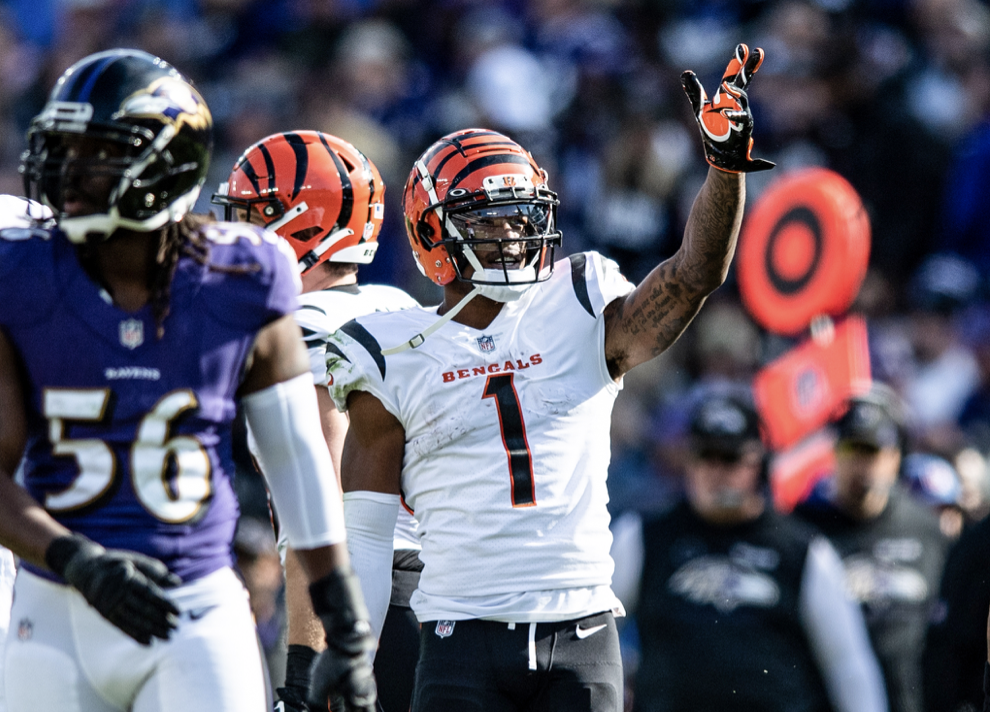 CINCINNATI – After spending the first four weeks trying to get their feet under them and establish their 2022 identity, the Bengals look to take the next step in Baltimore.

For the second straight week, the Bengals will be in primetime, a place the Ravens have typically dominated at home. Baltimore enters Sunday night with an 18-2 primetime mark at home under head coach John Harbaugh, including a 7-1 home record on Sunday night.

The statistics certainly lean in the Bengals’ favor, as Baltimore enters with the NFL’s worst ranked pass defense in terms of yards allowed, yielding 315.2 yards per game through the air. This has been most notably evident in second half and fourth quarter collapses against the Dolphins and Bills at home.

The Bengals would be smart not to test this trend a third time.

The Bengals have the fourth-best rushing defense in the NFL, allowing just 85.8 yards per game. The Ravens average 142 yards a game on the ground. Last year, DJ Reader and Larry Ogunjobi were huge in stopping the run. Reader is on IR for at least a month while Ogunjobi is in Pittsburgh. How will tackles BJ Hill and Josh Tupou step up to the challenge?

Cincinnati is coming off a 27-15 win over the previously unbeaten Dolphins on Thursday night, earning its second win in five days. It was a significant win because all three T three phases, highlighted by a turnover-free performance from the offense, two interceptions by safety Vonn Bell and a 57-yard field goal from AFC Special Teams player of the week Evan McPherson.

“We’re starting to click on all cylinders,” said Joe Burrow after the game. “We can keep getting better on offense — there was a spell halfway through the game that we didn’t put any points on the board — but I thought we responded well and scored points when we needed to. The defense is going to keep playing great, that’s what they do.”

“I’m really proud of them, on this stage and against that team,” added head coach Zac Taylor. “I just thought we handled every moment in this game exactly how we needed to, especially in the second half. Turnovers, capitalizing on turnovers with touchdowns, special teams stepping up big — that was just a great way to win a Thursday night game.”

Here’s what to look for in Game 5:

Burrow has recorded 400 or more passing yards in a game four times during his career, with half of those coming at the expense of the Ravens in 2021. In Game 15 last Dec. 26, he threw for a Bengals-record 525 yards, the fourth-highest single-game total in NFL history. He also posted then-career highs in passer rating (143.2), TD passes (four) and yards per attempt (11.4), and tied a career high with 37 completions. He became the first Bengals QB ever to complete 80 percent of his passes (80.4) while throwing at least 40 times (46). Eight weeks earlier in Baltimore, he threw for 416 yards and three touchdowns.

Joey Franchise is on the hunt this weekend.

In the Game 15 matchup, Burrow became just the eighth QB since 2000 to have three completions of at least 52 yards in a game. On the receiving end of those passes were Tyler Boyd (68-yard TD), Tee Higgins (52) and Joe Mixon (52), who became the first trio of Bengals to catch passes of at least 50 yards in a single game since Nov. 17, 1968 at Miami.

That’s a lot of motivation for a Baltimore defense that has been shaky to say the least in their first two home games.

The Ravens didn’t have these two corners at their disposal last December in the Joe Burrow video game against the Baltimore defense. They’ll no doubt be out to prove a point against the Bengals wideouts. Tyler Boyd has always had big moments in big games in Baltimore, starting with the last-second touchdown in 2017 in the season finale that knocked Baltimore out of the playoffs and pushed Buffalo in. The stage is set on national television for another big Boyd moment.

Stanley is expected to make his 2022 debut after missing the first four games with an ankle injury. Hendrickson has shown signs of regaining his dominating form in the last two games and will no doubt test the Ravens starting left tackle right off the bat. Sam Hubbard against Morgan Moses could be another advantage for the Bengals.

The Bengals will want to pick their poison carefully here. You want to make Lamar Jackson uncomfortable but you don’t want to push him into running lanes away from leverage, either to the outside or allow No. 8 to cut back into the ‘B’ gap and make big game-breaking runs. And with Rashod Bateman ruled out for Sunday night, that’s one big weapon out of the arsenal for Jackson. In short, rush up field and collapse the pocket and cut off running lanes.

Another strategy to keep in mind is, with the versatility in the Bengals secondary and linebacker Logan Wilson, there could be one or two spies assigned to Jackson to make sure he doesn’t get too far downfield. Dax Hill could have a major role in this game with his speed and tackling ability.

This was the game in Baltimore last season that newly acquired Flowers showed his value on defense. Assigned to the Pro Bowl Ravens tight end, Flowers had just three catches on seven targets for 48 yards. One would assume that Anarumo will want to assign Flowers to Andrews again in this game on obvious passing situations or third down.

Marcus Peters and Marlon Humphrey are terrific opportunistic corners but the Ravens pass defense as a whole is getting gashed. Peters and Humphrey and safety Marcus Williams will go for the pick and often put themselves out of position. If Burrow and his receivers are on the same page, there should be shots available downfield. If the Bengals handle the pressure up front at least as well as they did against Miami they should be able to connect on deep balls. This should also be a game where the Bengals get Joe Mixon going against an average run defense. Defensively, the Bengals should have enough answers and speed for Lamar Jackson. This is the kind of game Super Bowl contenders love for making a statement on the road. The Bengals buck the trend and tag John Harbaugh with a rare home primetime loss.