W2L4: How Bengals Riddle Drama-Drenched Raiders In First-Ever Trip To The Desert

Big chance for Joe Burrow, Bengals offense to bounce back in Vegas 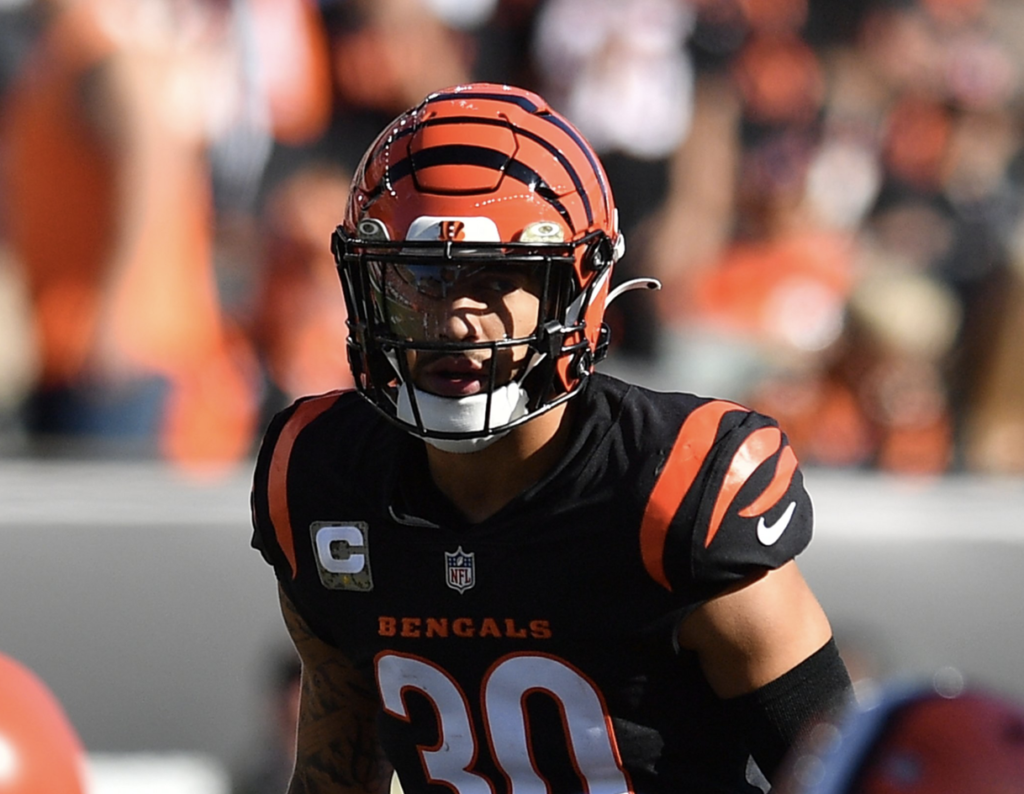 Nothing like kicking off the second half of the season against a team that is at the same critical crossroads.

That’s what will be in front of the Bengals Sunday on the natural grass of Allegiant Stadium in Cincinnati’s first-ever visit to Las Vegas to play an NFL game.

The on-field similarities between the Bengals and Raiders to this point are remarkable.

The Raiders, like the Bengals started the season strong, winning their first three games, including that stunning 34-28 comeback overtime win over the Ravens in the first Monday night game of the season.

But fortunately for the Bengals, they haven’t had to deal with one of the worst in-season organizational implosions in NFL history. Starting with the resignation of their head coach over alleged inappropriate emails, the Raiders – no strangers to turmoil and drama dating to the days of Al Davis and Pete Rozelle – have been led by interim coach Rich Bisaccia.

Jon Gruden resigned abruptly over personal emails that were dug up by the New York Times and Bisaccia won his first two games to move the Raiders to 5-2. But after apparently handling that disaster, things only got worse for the Silver and Black.

On Nov. 2, during the Raiders bye week, their first-round pick from 2020, Henry Ruggs III was charged with DUI and killing a 23-year-old woman by rear-ending her car with his at 150 MPH. His blood-alcohol was reported to be twice the legal limit. Three days later, video emerged of cornerback Damon Arnette brandishing a gun and making death threats. He was also promptly released. The Raiders haven’t won since.

The Bengals, of course, have never had great success on the road against Oakland. In fact, they lost their first nine games in Oakland before winning 34-10 in the 2015 season opener. They finished 1-11 in Oakland all time, including the 31-28 defeat in the 1975 AFC divisional playoff, Paul Brown’s final game as head coach. They were 1-4 against the Raiders at the Los Angeles Coliseum, including the Jan. 13, 1991 defeat in the AFC divisional round, the game most famous for ending Bo Jackson’s NFL career.

Joe Burrow: The Bengals quarterback, by his own admission heading into the bye, needs to clean up his game, namely his decision-making. He’s thrown 20 touchdowns, including at least two in each of his first eight games before being held without a TD pass against the Browns. That’s great. What’s not great are the 11 interceptions, specifically the pick against the Jets with four minutes left that set up New York’s game-winning touchdown one play later. He then threw two picks against the Browns that were force jobs to Ja’Marr Chase. The pick-6 to Denzel Ward can’t happen. Yes, Ward made a nice play to jump the route, but this is where Burrow needs to read the situation better. “Just gotta protect the ball better, that’s the main thing,” Burrow said this week. “If we start protecting the ball better, myself included, then we’re gonna win more games down the stretch.”

🗣 DENZEL WARD IS BACK! pic.twitter.com/aBy0hwOMOp

USE TEs and RBs: It’s on Zac Taylor and Brian Callahan to offer Burrow some checkdown or secondary routes that get C.J. Uzomah, Joe Mixon and Chris Evans more involved. If the Raiders are focusing on Chase, Tyler Boyd and Tee Higgins, then Burrow should have loads of space underneath to the tight ends. You need only look at what the Chiefs did to the Raiders last Sunday night to see this. Running back Darrel Williams caught nine passes on nine targets for 101 yards, including a 38-yard TD. All-pro tight end Travis Kelce caught eight more on 10 targets for 119 yards. There is ZERO reason Mixon/Evans and Uzomah can’t match or exceed this number.

.@Joe_MainMixon's last two games against the Raiders: 215 rushing yards & 3 TDs. What will he do this week?

Raiders defensive ends: This might be a good game for the Bengals to consider some max protection sets against Maxx Crosby and old friend Yannick Ngakoue, the free agent from the Ravens. If they rush upfield, the Bengals could take a page out of the Chiefs’ book and get the backs involved in draws and delays.

Gus Bradley: The Raiders defensive coordinator in his first season in Vegas knows Joe Burrow and his family well. Will that familiarity help Bradley in his effort to fool the Bengals quarterback? “Excited to see him,” Burrow said this week. “He’s been a family friend for a long time so it’s always good to talk to him.” Bradley rose to fame in the NFL as the defensive coordinator of one of the great defenses of all time, the “Legion of Boom” with the Seattle Seahawks from 2009-12. The Seahawks won Super Bowl XLVIII the year he left to become head coach in Jacksonville in 2013.

Derek Carr: The Raiders have a strong-armed QB who can throw the ball into tight windows but Carr is not throwing so much deep as he is underneath and intermediate this season. The loss of Ruggs no doubt hurts their ability to stretch the field. But that doesn’t mean slot receiver Hunter Renfrow (whom Mike Hilton compared to Wes Welker) can’t do damage underneath with crossers and dig routes and look out for veteran Desean Jackson, who had just one catch Sunday night against the Chiefs, but it went for 38 yards. It was his first catch of the season.

Darren Waller: Like with the Browns, beware the tight end. Waller is Carr’s favorite target, and for good reason. Waller and Renfrow are tied for the team lead in receiving yards with 494. Renfrow has 52 catches, Waller has 44. Chidobe Awuzie could see time on the tight end, which would be a bit unusual but not shocking. The Raiders do not run the ball well. They are 28th in the NFL at 85 yards per game, averaging just 3.7 yards a carry. Former first-rounder Josh Jacobs and Kenyan Drake are their top two carriers.

Evan McPherson converted his only field goal chance against the Browns, another kick at the halftime gun, and is now 11-of-14 on the season. He’s also connected on all 27 extra-point conversions. Attempting to make it a two-possession game, the Bengals went for two on their second touchdown against Cleveland and failed.

Kevin Huber is holding steady in the middle of the NFL pack of punters, posting a 40.9 net yards average through nine games, which is 16th in the NFL. Huber has four touchbacks in 36 punts.

Daniel Carlson has converted 17-of-20 field goals and missed two of his 21 extra points this season. With Brandon Wilson out for the season with a torn ACL, this could be the first chance for Chris Evans to return kicks. Samaje Perine has also taken reps return kicks in previous warmups.

A.J. Cole is a true weapon in the punting game and can flip the field in an instant, carrying on the great Raider tradition of Ray Guy. Cole leads the NFL in gross punting average, at 52.1 yards. His net average is 42.9 yards, tied for 7th in the NFL.

The Bengals certainly have the advantage when it comes to normalcy. They also have the better offense when it comes to balance. The Bengals defense has been talking all week about raising its game in the second half of the season, led by Jessie Bates III, who has just one interception this season and one pass defended. He has said it’s his intention to raise his production in the second half and this game against Derek Carr and the Raiders would be a good place to start. C.J. Uzomah should reprise his two-TD game against the Lions with another big day and Joe Mixon catches a TD and runs in another.