W2L4: How Bengals Sing a Winning Tune In The Big Easy vs. Short-Handed Saints

Will the Bengals finally find their explosive offense and score 30 points in a game? 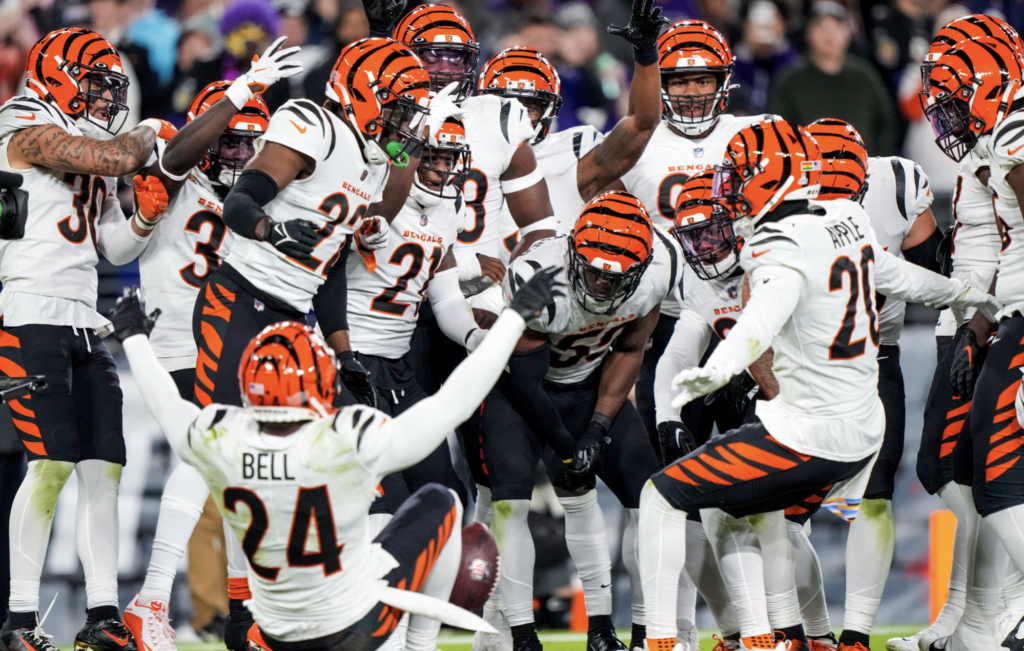 CINCINNATI – For the second time this season, this feels like a must-have for the Bengals.

Coming of another gut-punching walkoff loss against the Ravens on Sunday night football, the Bengals are underwater at 2-3 and must find a way to keep pace against another 2-3 team that is banged up heading into Sunday’s 1 p.m. game inside Caesars Superdome.

The Saints, coming off their 39-32 win at home against Seattle, will be without top corner Marshon Lattimore, who is nursing an abdominal injury. Lattimore is known for traveling with the opposing top receiver. So how will this impact Ja’Marr Chase?

In addition to Lattimore, receivers Jarvis Landry, Deonte Harty and Michael Thomas were all ruled out Friday afternoon by Saints coach Dennis Allen while Olave is questionable with a concussion. Also questionable is safety Marcus Maye.

Joe Burrow and Chase have fond memories of Caesars Superdome, as the last time the duo played at the venue, they helped Louisiana State cap off an undefeated 2019 season by beating Clemson in the College Football Playoff National Championship. Burrow finished 31 of 49 for 463 yards with five TDs, while Chase caught nine passes for a championship-game record 221 yards and two scores in a 42-25 LSU victory.

These two are no strangers to the Bayou State. pic.twitter.com/jtPs9K9V3g

Burrow’s 2019 campaign is widely regarded as one of the best individual seasons in college football history. He set an NCAA record with 60 passing TDs (since broken), as well as SEC records for passing yards (5671) and completion percentage (76.3, since broken) en route to winning the Heisman Trophy. Chase, meanwhile, won the Biletnikoff Award as college football’s top receiver and set then-SEC records for receiving yards (1780) and TDs (20).

Sunday’s game will be the third time Chase has played at the Superdome in his football career, as he also helped lead Archbishop Rummel High School to an appearance in the Louisiana state championship in 2015 as a sophomore.

This is the fourth road game in five weeks for the Bengals while the Saints are technically playing their third straight home game, with the first of the three coming in London against the Vikings. The Saints might play it conservatively with regard to their injuries because they have a Thursday night road game at Arizona.

The Cincinnati defense has certainly been a strength through the first five weeks of the season, not allowing a second-half touchdown while yielding just 17.8 points per game (eighth-fewest in NFL).

The unit held Lamar Jackson, who came in averaging 223.3 passing yards per game, to just 174 in the air, and safety Vonn Bell grabbed his third interception in the last two games with a momentum-shifting pick in the second quarter.

Trailing 10-0 at the time of the interception, the Bengals’ offense followed with a seven-play, 83-yard TD drive to get back in it. Burrow finished off the drive by rifling a 19-yard scoring pass to TE Hayden Hurst, who made his return to Baltimore after spending the first two seasons of his career with the Ravens.

Jessie Bates, Joe Mixon and Tyler Boyd are among those Bengals who can recall in 2018 when the Saints and Drew Brees torched the Bengals in a 51-14 rout at Paul Brown Stadium. The Bengals won their last trip to the Superdome in 2014, 27-10, and are 4-2 lifetime in the building.

Here’s what to look for in Game 6:

If Joe Burrow and the Bengals offense doesn’t get on track in this game, it’s time to really start worrying. This is a Saints defense that just allowed 32 points to Seattle last Sunday and its best corner (Marshon Lattimore) won’t play. It’s a fast track, indoors and a venue the offense’s top two stars (Burrow and Chase) know well.

The Bengals are tied for ninth in the NFL at plus-1 while the Saints are dead last at taking care of the football, with a minus-8.

The Saints and head coach Dennis Allen, with defensive coordinating background, has been employing Lattimore as a travel corner on receivers like Minnesota’s Justin Jefferson in London. With Lattimore out, will Allen change things up with the Bengals? Will Burrow and his receivers finally get their wish to break free of Cover-2 and shell looks or will they again have to take what a bend-don’t break defense gives them?

Cameron Jordan leads the Saints with three sacks. The defensive end is a true game-wrecker and the Bengals will likely give help to make sure that whichever side he lines up on, they’ll have help. Jordan has 87.5 sacks since Oct. 2014, second-most in the NFL behind Aaron Donald (100).

The former Bengals quarterback is facing Cincinnati for a third straight season, winning 30-7 with Dallas in 2020 and 20-17 with the Bears in Week 2 last season, though Justin Fields took over after Dalton injured his ankle. “We’re preparing for their offense,” Zac Taylor said Friday, not hinting at whether they expect Dalton or Jameis Winston to start at quarterback. Winston has missed the last two games with back and ankle issues.

At some point, the Bengals need to show that they do have weapons and are capable of putting points on the board. They also need to prove they can run the ball in the red zone. Facing the 24th ranked rush defense, they should be able to do this. No more trick plays around the goal line. Line ’em up and beat them at the line of scrimmage. Bengals have done this in their two wins, getting early leads and managing the game. The Saints will put yards and points up but the Bengals should have more than enough to counter.